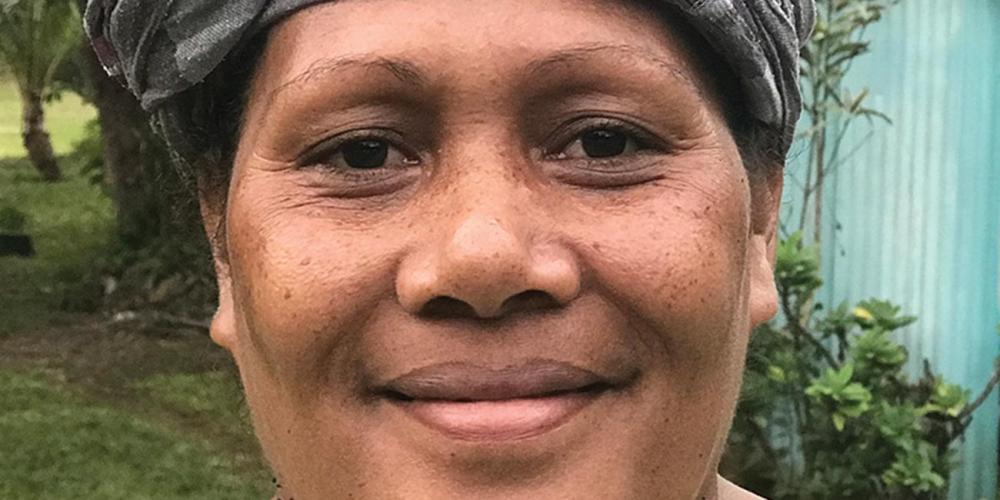 Sophie makes less money, but she doesn’t mind. She can worship on Sabbath.

To Sabbath School teachers: This story is for Sabbath, Aug. 17.

Sophie Buama accepted Saturday as the biblical Sabbath when the pastor spoke about the Fourth Commandment at evangelistic meetings.

But she didn’t quit her job in New Caledonia, a French territory in the South Pacific.

Sophie worked four days a week — Tuesdays to Fridays — at a supermarket in Mebuet, a village on the tiny island of Maré. A coworker, Celine, ran the supermarket the other three days.

Sophie felt terrible about working on Sabbath. The sun set between 5:30 p.m. and 6:45 p.m. on Fridays, depending on the season. Sophie was supposed to lock up the supermarket at 7 p.m.

She didn’t want to quit because jobs were hard to find and her salary fed the whole family. She prayed for God to change her work schedule.

One Friday evening, Sophie was at work, fretting about working on another Sabbath, when she received a phone call from Celine. Her coworker said she was in New Caledonia’s capital, Noumea, on another island and unable to book a plane ticket back to Maré.

“Could you please fill in for me tomorrow?” she asked.

“No, tomorrow I’m going to church,” Sophie said. “You know tomorrow is my day to worship my God.”

A short time later, Sophie received a text message on her cell phone from the supermarket owner, who also was in New Caledonia’s capital.

“You have to open the shop tomorrow and work on Saturday,” the owner wrote.

Sophie texted back, “No, tomorrow is my day to worship God, so I won’t open the supermarket.”

After a moment, the owner replied, “No problem. Close the supermarket.”

Sophie was worried, and she spoke with a female church member.

On Sunday, the coworker was still away, so Sophie opened the supermarket. The owner, who had managed to fly back, came to work, and she was furious.

“This supermarket has never closed on Saturday, and I don’t want it ever to close again on Saturday,” she said.

Sophie reminded the owner about her beliefs and added, “If you want to fire me, you are free to do that.”

Sophie kept her job. A few weeks later, the owner allowed her to take off four days to travel with her teenage daughter, Catherine, to the capital. But when Sophie returned, the owner said she had to work four days to make up for her absence. Two of the days fell on Sabbath.

Sophie tried to swap days with her coworker, but the owner insisted that she do the work. Sophie worked both Sabbaths, weeping as she rang up sales. At night, she struggled to sleep.

In desperation, she prayed, “God, help me to be free on Sabbath.” She asked the church to pray for her as well.

A few days later, the owner announced a new work schedule. Sophie had been working extra hours every day at the owner’s request, and it was costing a lot of money in overtime pay.

“From now on, you will only work from Sunday to Wednesday,” the owner said.

Sophie couldn’t believe her ears! A big smile filled her face as she rushed home and broke the news to her husband.

Today, Sophie makes less money, but she doesn’t mind. She can worship God on Sabbath.

“My salary is not important, but my time with God is important,” she said. “My joy is to be free on Sabbath.”

Part of a Thirteenth Sabbath Offering three years ago helped build two children’s Sabbath School classrooms on Maré, including at Sophie’s church. Thank you for your Sabbath School mission offerings that help children — and adults — learn about God.