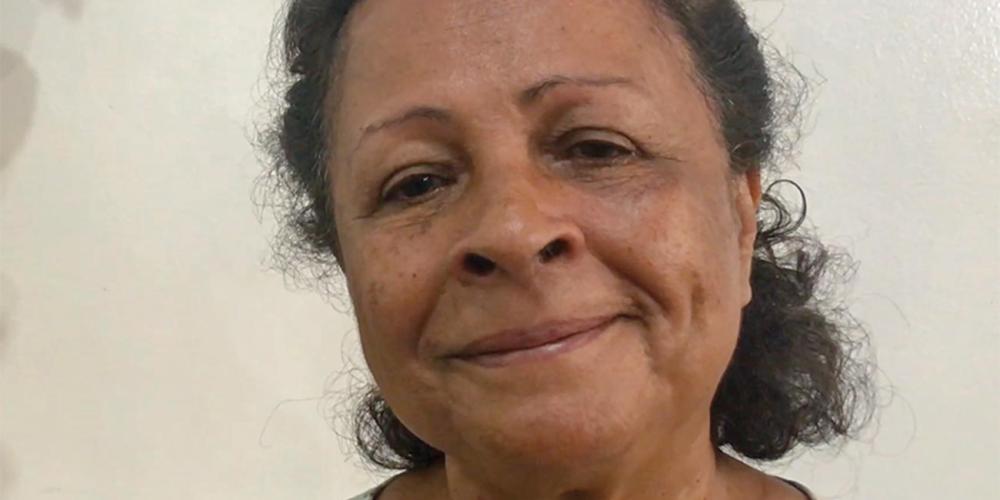 To Sabbath School teachers: This story is for Sabbath, June 15.

M arita was baptized at the age of 12 in Brazil.

But she left the church as a young adult, and 38 years passed before she could cast aside her faith in Marxism to become a powerhouse for God in her community.

“The ideals of Marxism replaced the ideals of Christ in my life,” said Maria, known to friends as Marita.

Raised by a Seventh-day Adventist mother, Maria taught a Sabbath School class and served as her church’s youth director while in her teens. But she stopped going to church at the age of 22 after a prominent church member said something that offended her. Maria immersed herself into sociology studies and embraced German philosopher and sociologist Karl Marx’s teachings on human rights.

Twenty-five years passed. Maria married, had a son, and was widowed. She moved to Montreal, Canada, to pursue post-doctoral studies at Université du Québec à Montréal.

While there, she received a surprise visit from an old friend, Brazilian pastor Luis Santana, and his wife, Leoni. Pastor Luis had attended a wedding in the United States and stopped in Montreal for eight days to see Maria before flying home. He and Maria had attended the same church as young adults.

Pastor Luis and his wife visited Maria every day. They spoke about the Bible and Jesus’ love for her. They invited her to return to Christ. Maria listened politely but was unmoved.

Two years later, she returned to Brazil to teach as a university professor. Pastor Luis’ wife called her every week for three years to invite her to attend a Bible study group. Maria always found an excuse not to go.

One day, Maria noticed while preparing for a class that Marx wrote his first manuscript in 1844. She remembered that her mother had said the Adventist movement began in 1844, and she wondered whether the devil might have introduced Marxism to counteract the Adventist message. She compared Marxism with Adventism. She saw that Marx taught that people could change the world through their own power, while Adventists believed that people needed Christ to change.

A short time later, Maria announced to her graduate sociology class, “I now believe that Jesus was a great revolutionary leader, but He wasn’t the Son of God.”

The next day, a female student, Dinalva, approached her in tears.

“You told the class that you don’t believe that Christ is the Son of God,” Dinalva said. “I couldn’t sleep all night. I felt that God wanted me to tell you that you weren’t speaking from your heart. You didn’t want to admit that you believe in Jesus because you are a Marxist.”

Maria didn’t know what to say.

Two weeks later, Maria was eating lunch at a café when she heard a choir rehearsing “Maravilhosa Graca” (Wonderful Grace of Jesus) in a Sunday church next door. It was a hymn that she had sung in the Adventist choir as a teen.

Maria slipped into the church’s back pew to listen. Moments later, Dinalva entered the church and walked straight to Maria. She hugged the professor and, crying, said, “I knew that I would find you here! I was at home feeding my child, and I had the strong impression that I needed to come here.”

Maria was shocked. Dinalva didn’t live nearby, and Maria had chosen a café far from the university campus.

After the song finished, the two parted ways. The experience convinced Maria that God wanted her to study the Bible, and she accepted the invitation of Pastor Luis’ wife to join the weekly Bible study.

Maria studied with Pastor Luis and his wife for 10 years, but she couldn’t accept the Bible as the Word of God. Finally, the wife said, “You need to ask God for faith. You have lost your faith. I will pray for you.”

As the wife prayed, a desire grew in Maria’s heart to read the Bible at home. She read the Bible for two months and was rebaptized. But she had a problem. She didn’t want to go to church.

“Why don’t we have meetings in a house?” she asked Pastor Luis.

The two discussed the idea of establishing a meeting place for people who like the Bible but don’t want to go to church. The pastor asked Maria to draft a plan for such a house church. Church leaders then revised the proposal, and the Sharing Jesus house church was born.

“People learn how to love the Adventist Church here. They are converted and baptized, and then we send them to Adventist churches around Salvador,” said Maria, now 70 and a co-leader of the house church.

The house church will receive part of this quarter’s Thirteenth Sabbath Offering to move out of its rented premises and into a larger building, where it will also offer healthy cooking classes and health seminars.

“We have a lot of music,” Maria said. “Many small groups study the Bible and pray. And we are really happy, waiting for Jesus’ coming.”