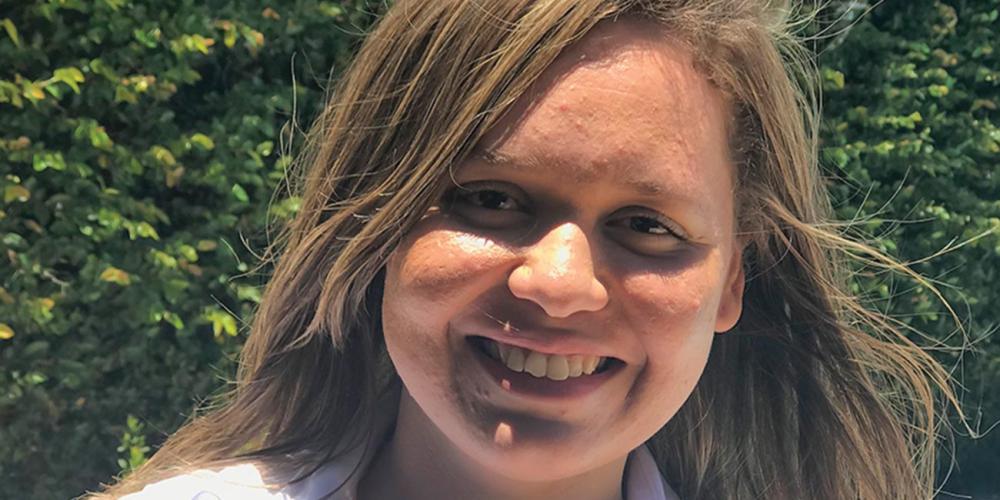 “I don’t want to ask God for anything,” Beatriz said.

To Sabbath School teachers: This story is for Sabbath, June 1.

Young people raised glasses of wine as they made wishes to God at a New Year’s Eve party on a sandy beach on Brazil’s Itaparica Island.

“God, I want a year filled with blessings,” said one.

“I want to get rich,” said another.

“I want to find love,” chimed in a third.

Beatriz de Jesus Santana listened as her friends spoke on the Aratuba Beach, a popular hangout located an hour by ferry from her home in Salvador, a city of 3 million people. She wondered how drinking and partying was improving her life. Then she spoke.

“I don’t want to ask God for anything,” she said. “I just want to thank God for everything that has happened this year. I got a university scholarship and a good internship at an engineering company. So many good things have happened.”

The next Monday at work, Beatriz didn’t feel so well. She was exhausted after the holiday weekend.

Her boss, Ana Christina, sympathetically sat down beside her and pulled out her cell phone. On it, she played a three-minute video.

Beatriz watched with interest as she saw a pastor speak about Jesus. The pastor didn’t speak like her friends.

The next morning, Beatriz received another three-minute video from Ana Christina via WhatsApp on her cell phone. Another short video arrived the following day. Beatriz watched each video and was amazed by the pastor’s peaceful demeanor. She lived with her divorced father, who drank heavily, and the two often quarreled. The arguments were a main reason that Beatriz had begun to party and drink.

After several days, Beatriz googled the pastor’s name. She learned that the pastor, Ivan Saraiva, hosted the Portuguese-language “It Is Written” television program on Novo Tempo television, the Brazilian affiliate of the Seventh-day Adventist Church’s Hope Channel.

Beatriz began watching the “It Is Written” broadcasts, and she followed along in her Bible to verify that the pastor spoke the truth. She was astonished when she heard about the Ten Commandments and the seventh-day Sabbath.

After three weeks of studying the Bible with the television program, Beatriz asked God to forgive her for her past life. She opened her heart to God and, for the first time, believed that He was listening when she prayed.

Beatriz searched for a church to attend. A friend invited her to a Sunday church, but she remembered the fourth commandment about the seventh-day Sabbath and wondered why her friend’s church didn’t obey the Bible.

Ana Christina saw Beatriz’s new relationship with God and invited her to the Sharing Jesus house church, where dozens of people gather in small groups to study the Bible on Sabbaths and other days of the week.

Beatriz immediately fell in love with the house church. “I was hugged, and I felt welcomed,” she said. “I felt peace.”

She also was surprised about how she was treated, and she wondered, “Why do those people care so much about me? They don’t know me, but they tell me, ‘Have a great day!’ They want to know about my knowledge of the Bible and how I am studying it. They care about me before they know who I really am.”

Two young people at the church — Amanda and Vitor — gave Bible studies to Beatriz every Sabbath. Finally, Beatriz gave her heart to Jesus and was baptized in a swimming pool in the yard of the house church. Ana Christina wept with joy at the sight.

Today, Beatriz is praying for her father, mother, and older brother to accept Jesus. Her brother is already studying the Bible with “It Is Written.”

“I didn’t used to believe in miracles,” Beatriz said. “I thought miracles were impossible. But God has performed a true miracle in my life. I had an emptiness that partying and drinking could not fill. It was an emptiness that was just the right size for Jesus to fill.”

Beatriz celebrated last New Year’s Eve at the home of her fiancé, an Adventist man, and his family. They drank unfermented grape juice and praised God for His blessings. “I want to grow closer to God,” Beatriz said. “I want the love for God in my heart to never end.”

Part of this quarter’s Thirteenth Sabbath Offering will help the Sharing Jesus house church move from rented premises to a larger building, where it also will offer healthy cooking classes and health seminars. Thank you for your mission offering.