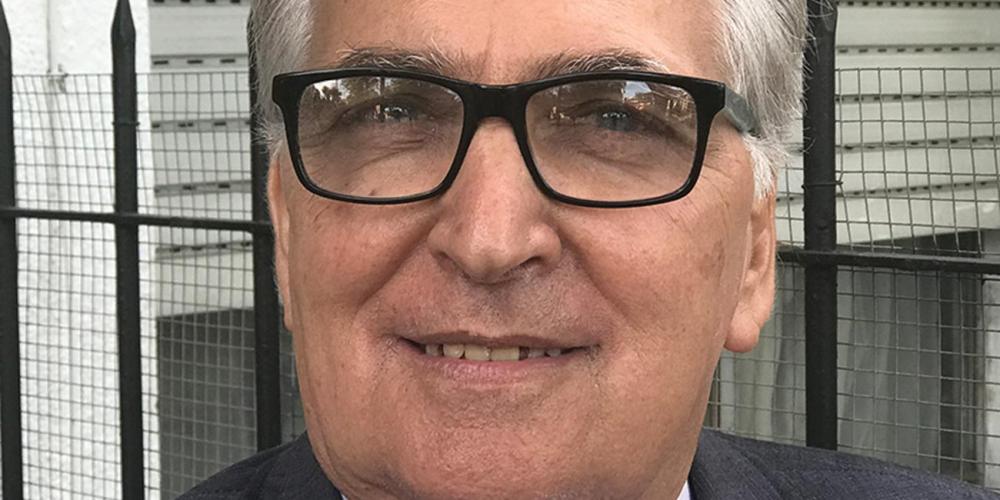 On Fire for Jesus

To Sabbath School teachers: This story is for Sabbath, May 11.

Miguel is 69 and bursting with energy.

Not long ago, Miguel accepted an invitation from a friend, Yraldino “Dino” Fernandez, to lead Bible studies in Dino’s home in the impoverished La Teja district of Uruguay’s capital, Montevideo.

Miguel and Dino also gave Bible studies at people’s homes in the district, a place where the Seventh-day Adventist Church had no church building.

After a year, the Bible-study participants were invited to a Daniel and Revelation evangelistic series. Sixteen people were baptized.

“Following the meetings, we decided to plant a church,” Miguel said.

Miguel, several other church members, and the 16 new members rented a house and worshipped there every Sabbath.

Church attendance grew as church members reached out to the neighborhood with food and clothing. The rented space grew cramped, and church members looked for ways to expand the church building and their impact on the community.

The problem was solved when Adventists around the world helped La Teja Seventh-day Adventist Church purchase its own building and lifestyle center through a Thirteenth Sabbath Offering in 2016.

Miguel is thrilled about the new opportunities now available to the church.

“Our plan is to serve the people in the neighborhood, including the homeless,” he said in an interview in the church’s kitchen, where healthy cooking classes are held. “Many impoverished people live around here.”

This wasn’t Miguel’s first time to win souls for Christ. He and a group of church members from El Prado Seventh-day Adventist Church used to travel regularly to a squatter settlement comprised largely of crude cardboard-box shelters in a dangerous part of Montevideo.

“Five of us gave 25 Bible studies every Sabbath,” Miguel said. “We also brought food. We tried to reach the people and provide for their needs.”

Church members provided ongoing assistance to 47 adults and 90 children. They also constructed a house where people could find shelter from rising floodwater during the rainy season.

People from the settlement started going to the Adventist church. Some arrived by horse and cart.

Miguel worked 27 years with the Adventist Development and Relief Agency in Uruguay, and one of his fondest memories is of Walter, a homeless man with diabetes and no legs who showed up at an ADRA center in Montevideo.

Walter had no food and no place to go, and Miguel became acquainted with him and, at his request, gave Bible studies.

One day as Miguel was preparing a Sabbath sermon while cooking, Walter asked, “What will you preach about?”

Miguel explained that the inspiration for the sermon came from a picture posted on his refrigerator door. The picture showed a child fishing food out of the garbage and posed the question, “What are you complaining about?”

Opening his Bible, Miguel read Luke 9:13, where Jesus told His disciples, “You give them something to eat.” Jesus gave the command shortly before the miracle of the loaves and fish.

Miguel returned to his cooking, and Walter busily wrote on a piece of paper. After a while, Walter handed the paper to Miguel. “If this is useful, I give this to you for the sermon,” he said.

Miguel read the message during the sermon. The church members wept.

Walter had written as if Jesus were writing to people. The message said, “You are complaining, but look: Around you live people who are homeless, without food, and without clothing. You have a place to rest, food, and clothing.”

Walter then wrote about himself, “I used to have friends who drank and danced with me. But now they complain about their problems, and I say, ‘What are you complaining about? Look at me. I have diabetes and no legs.’”

Months later, Walter gave his heart to Jesus. Coming out of the baptismal waters, he shouted, “Thank you, Jesus!”

Miguel still hears Walter’s triumphant shout today. A month and a half after the baptism, Walter passed away. “I hope to see him again when our heavenly Father comes to take us home,” Miguel said. “I hope to reunite with him and with all those whom God has given us the opportunity to share the gospel.”

Thank you for your 2016 Thirteenth Sabbath Offering for La Teja church.