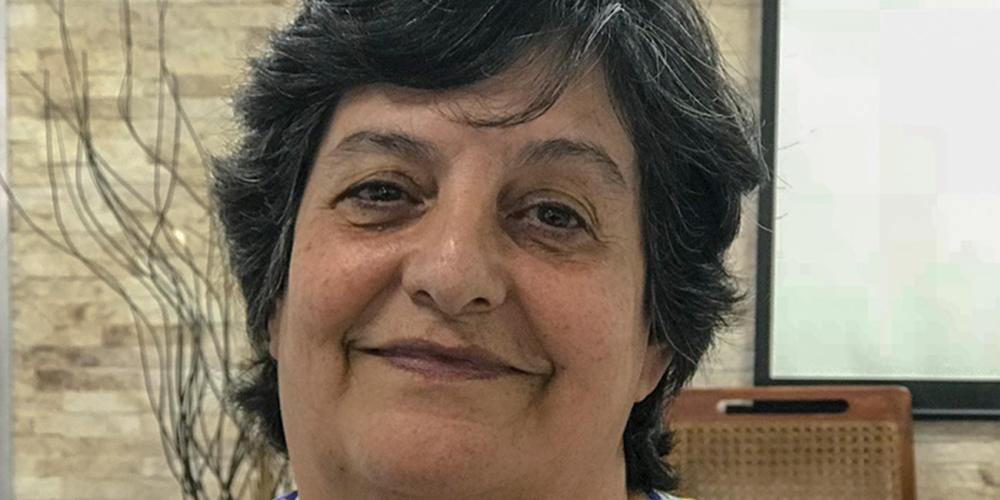 To Sabbath School teachers: This story is for Sabbath, May 4.

Cecilia was devastated when her husband left.

She was 30, fighting uterine cancer, and suffering dreadful pain. She wondered whether her husband had gotten a divorce because she, doubled over in pain, hadn’t allowed him to touch her for months.

But her mother had other ideas. She blamed the divorce on her daughter’s decision to join the Seventh-day Adventist Church. Cecilia had been baptized several years earlier during a Seventh-day Adventist evangelistic campaign in her hometown, Mercedes, in Uruguay. After being baptized, Cecilia stopped going to parties and drinking alcohol with her husband.

“You lost your husband because of the church,” her mother said.

Fortunately, Cecilia had a successful operation and her cancer was removed. But she stopped going to church. With three children to raise, she needed to work. Unable to find a cooking job with Saturdays off, she stopped keeping the Sabbath.

Years passed, and her children grew up and got married. But Cecilia remained bitter about the divorce. Her bitterness grew when her mother died.

Then Cecilia moved to Uruguay’s capital, Montevideo, to live with her eldest daughter, son-in-law, and three grandchildren. She began to think about God and wished that an Adventist church was located in her neighborhood.

“I can’t explain how I started listening to the radio,” she said. “It was just something from God that I found the radio station.”

One day while listening, she heard that an Adventist church would open just 13 blocks from her home. She walked into the Goes Seventh-day Adventist Church on Jan. 1, 2017, shortly after it officially opened. She wanted to start the new year with God. She also wanted to be baptized immediately, but the pastor advised her to refresh her knowledge of the Bible. She was baptized five months later, on May 18.

“From that day on, I am very happy,” Cecilia said. “God has changed my life. He has taken me away from a life of pain and bitterness.”

She knew that God was removing her bitterness when she started to smile. Even the church members have noticed and say, “You are very smiley!”

After returning to church, Cecilia started praying for her daughter and son-in-law to accept Jesus. As she prayed, she noticed that a church member, a Brazilian missionary, spoke fluent English. Her son-in-law, an architect who spoke no English, was looking for a language teacher because he wanted to move abroad to work. With the permission of the Brazilian missionary, Cecilia told her son-in-law that she had found an English-language teacher at church.

“This way I brought him into contact with the church,” Cecilia said. “He became friends with the pastor and others in church and got involved in the church.”

Her daughter proved more difficult to reach. Every time Cecilia mentioned God, the daughter complained, “You’re trying to get me into that church again!”

Finally, Cecilia told her daughter, “It is not that. It’s just that after I die, I want us to meet again when I open my eyes.”

The words touched the daughter’s heart. She and her husband are taking Bible studies in preparation for baptism.

“God has done wonderful things in my life,” Cecilia said.

Cecilia, 60, belongs to Goes Seventh-day Adventist Church, which received part of a 2016 Thirteenth Sabbath Offering to acquire a church building in Montevideo, Uruguay. Thank you for your faithfulness with mission offerings, which help prepare people like Cecilia and her family for Christ’s soon return.