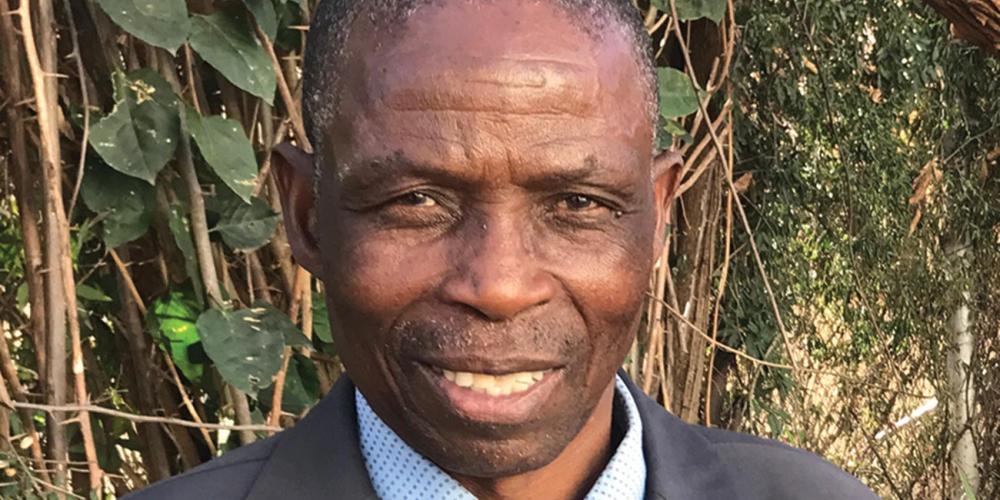 A woman tells a Global Mission pioneer that she wakes up without clothing every morning.

The Thirteenth Sabbath Offering for second quarter 2018 will help open a:

To Sabbath School teachers: This story is for Sabbath, March 30.

This quarter we have met people from Botswana, Mozambique, São Tomé and Príncipe, and Angola. Today we will hear one more story from a Global Mission pioneer in Zimbabwe.

A 35-year-old single mother approached the Global Mission pioneer with an unusual dilemma: Every morning she woke up without any clothes on, and she was scared.

“Every day I go to sleep, but I wake up naked in the morning,” the woman said.

“Why is that?” asked Mordecai, who was leading a two-week evangelistic series in her hometown of Nkai, Zimbabwe.

Mordecai had a hunch about the strange occurrence. He had heard similar stories, and all involved evil spirits. He knew what to do.

“Do you accept Christ?” he asked. “If you do, we can pray, and Christ will provide understanding about why you wake up naked.”

The woman accepted Christ into her life, and Mordecai gathered church members to pray. For three days, they prayed. On the third day, Mordecai asked the woman for an update on her condition.

“I’ve been fine for the past three days,” she said. “In the morning, my clothes have not been taken off.”

The woman was later baptized, and she has never been disturbed by evil spirits again.

Evil spirits are a common issue in Zimbabwe, an African country where many people are superstitious and practice traditional beliefs. Mordecai, a Global Mission pioneer who works in areas without any Adventist presence, has had several experiences with spirits.

At his current posting, in the southern Matopo district, he was invited to speak at a Sunday church, and a woman with a knee problem asked for prayer. When he mentioned the name of Jesus in the prayer, the woman abruptly fell to the ground.

“When this happens, it means a demon has departed,” said Mordecai, 68. “I prayed for her and raised her up. Today, she is a member of the Adventist Church.”

Not all of Mordecai’s stories involve demons. He is especially thrilled about his time in Zezana, where he was sent in 2007, a year after becoming a Global Mission pioneer. He went from house to house, teaching people about the Sabbath truth and Jesus’ soon coming. As a result, all 16 members of one church, including its pastor, were baptized, and they opened the first Adventist church in the area.

Sometime after that, Mordecai had a direct encounter with eight evil spirits while leading an evangelistic series in a public elementary school in Beitbridge, a town near Zimbabwe’s border with South Africa. As he flashed up a picture of the crucified Christ on the screen, a 48-year-old woman leaped to her feet and ran from the room.

After the meeting, Mordecai found the woman lying in the schoolyard. She was motionless and appeared to be dead. Several people carried her back into the school room and placed her on the floor.

Mordecai gathered 10 church members around the woman and led them singing and praying. As they spoke the name of Jesus, the woman suddenly sat up, shook violently, and collapsed back onto the floor. Her actions indicated that an evil spirit had fled her body, Mordecai said. He needed to know whether she was free.

“Will you pray to Christ?” he asked.

The woman remained motionless on the floor. It was a sign that she was still possessed.

The church members sang and prayed again. Hearing the name of Jesus, the woman again sat up, shook, and collapsed onto the floor. Another demon had left.

“Will you pray to Christ?” Mordecai asked.

The scenario repeated itself over and over. The group sang and prayed from 9 p.m. to 3 a.m. Finally, after the eighth time, the woman responded to Mordecai’s invitation to pray. She sat up and with a clear voice prayed, “Dear Jesus, thank you for releasing me from the demons. I ask you to come to my assistance so I may become a church member and be as strong as the others in this room.”

The woman is now a Seventh-day Adventist and serves as a deaconess.

“God is good all the time,” Mordecai said.

God is good all the time! Thank you for your prayers for the 193 million people who live in the 18 countries of the Southern Africa-Indian Ocean Division. Thank you also for your big Thirteenth Sabbath Offering that will help spread the news about Jesus’ soon coming.

The Thirteenth Sabbath Offering for second quarter 2018 will help open a: