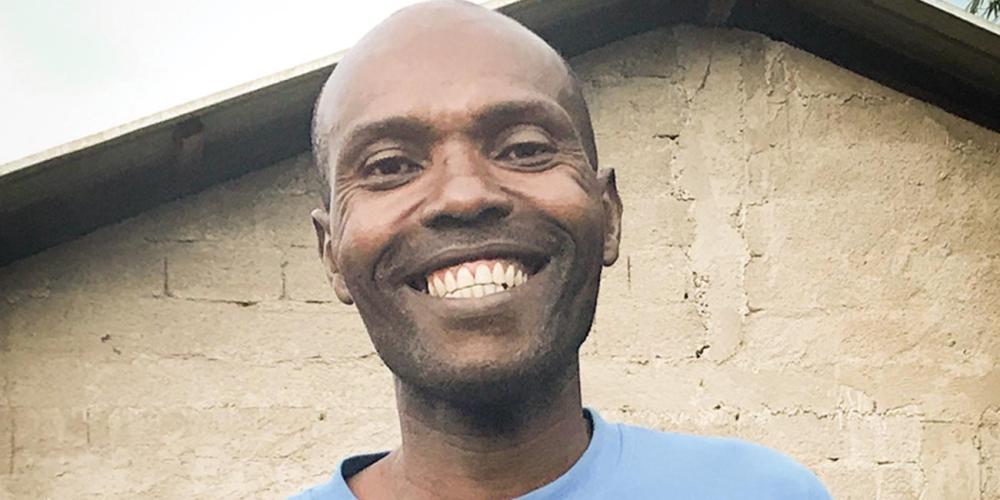 To Sabbath School teachers: This story is for Sabbath, March 2.

Constâncio fell seven feet (two meters) onto his head before he managed to quit drinking and accept Jesus.

Constâncio, a farmer with two young children, was intrigued when a group of Seventh-day Adventists arrived for a camping trip at his mountaintop village on São Tomé and Príncipe.

He began to watch them even more closely after a woman camper asked him, “Do you notice anything different about us?”

He noticed that the Adventists didn’t drink or smoke.

After the campers left, he wanted to learn more about the Adventist Church and began to follow a church member who gave Bible studies in people’s homes. Soon he asked the district pastor to be baptized.

“First, you need to surrender your life to God so He can help you overcome drinking and smoking,” the pastor said.

Constâncio gave up those habits and was baptized.

Six months later, however, he returned to his old ways. Constâncio’s wife was furious. Although she wasn’t baptized, she liked the new man that he had become.

She scolded him, saying, “Adventists don’t do those things, and you shouldn’t either.”

She forbade him from sleeping in their bed until he quit.

Constâncio was displeased with her decision, and he studied the Bible for more information about the Christian lifestyle. He stopped at Isaiah 55:2, which says, “Why do you spend money for what is not bread, and your wages for what does not satisfy? Listen carefully to Me, and eat what is good, and let your soul delight itself in abundance” (NJKV).

Constâncio thought to himself, “Why am I spending money for what is not bread and I’m still not satisfied?”

He prayed for several weeks for God to help him overcome his addictions. But even as he prayed, he kept buying alcohol and tobacco.

One night, he drunkenly climbed the ladder to his home. Like many villagers, he and his family lived in a traditional wooden house on stilts. His wife, seven-year-old son, and four-year-old daughter were sound asleep when he arrived.

After turning a few times in his bed, Constâncio realized that he hadn’t washed his feet, which were especially muddy after a rainy day. He stumbled outside onto the house’s wooden porch. As he bent over to wash his feet, he lost his balance and fell head-first to the ground, seven feet below. His head crashed into the damp earth, barely missing a rock and creating a small, round crater.

The family dog began to howl. The wife and children scurried outside to check on the dog and found Constâncio lying on the ground, unhurt, but in a drunken stupor.

The wife called for help.

Soon, a crowd of neighbors gathered around Constâncio, and they quickly ascertained that he had fallen from the porch. They declared that he must have been pushed off by the devil.

An uproar broke out at the thought that the devil was in the village, and the people debated how to protect themselves. They decided that Constâncio needed to be cleansed. So, the villagers frantically urinated in each other’s cupped hands and tossed the liquid on Constâncio. When they finished, several men carried him home.

In the morning, several friends invited Constâncio to have a drink. Rubbing his sore head, he refused, saying, “I will no longer drink or smoke.”

And he never has.

“My desire to drink and smoke was gone,” he said in an interview at the village’s Adventist church, where he serves as an elder. “It was an answer to prayer.”

Today, a third of the village’s population of 200 are baptized Adventists, and church attendance swells to 120 people on Sabbaths. Among them are Constâncio’s wife, children, and five former alcoholics who have been converted through his influence.

“I tell my story to help others who have the same challenges,” he said. “The community where I live has many people who drink and are ashamed to come to church. I tell them, ‘I used to be like you. You can quit, too, with God’s help.’”

Part of this quarter’s Thirteenth Sabbath Offering will help build a drug and alcohol rehabilitation center in São Tomé to help people quit drinking. Thank you for your mission offering.