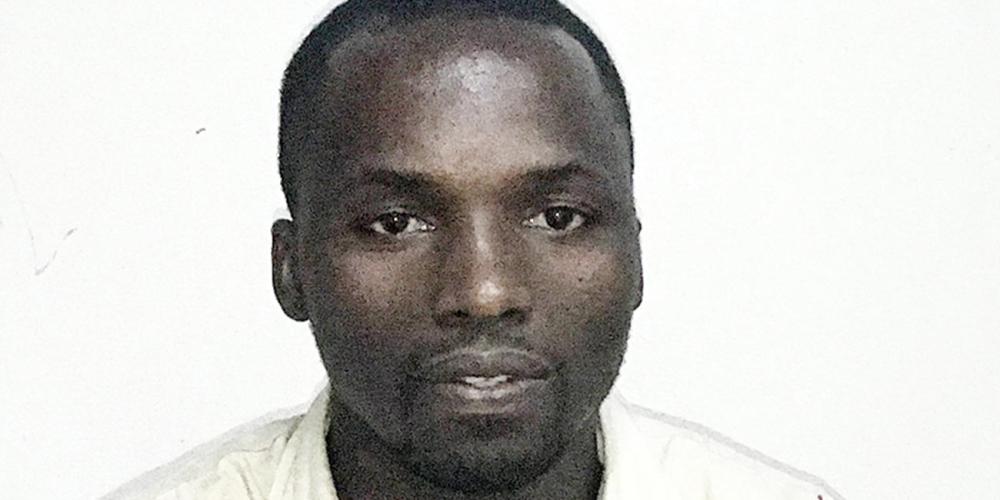 Armed With a Bible

Father hoped the army would cure Moises of drugs. It led him to Sabbath.

To Sabbath School teachers: This story is for Sabbath, Feb. 2.

Moises joined Mozambique’s military after flunking out of school. His father hoped the military would stop him from drinking alcohol and using drugs.

Not long after joining, Moises met a Seventh-day Adventist named Alfredo in the military cafeteria. “I was impressed by his lifestyle,” Moises said. “He took food from his plate and gave it to me.”

Alfredo paid careful attention to what he ate, and he refused a popular fish that he deemed unclean. Moises quickly realized that Alfredo’s preferences meant more food for him.

“Every time they prepared this fish, I sat with him because I knew he would give it to me,” he said. “He was kind to me.”

After dining together for two weeks, Moises was transferred to another location for military police training. In the barracks, he was placed beside a soldier who kept a Bible on his bed. When Moises woke up, he saw the Bible. When he went to bed, he saw the Bible. This troubled him. He had always thought that the Bible was only for pastors and old people, not for young people like him.

One day, Moises asked the soldier why he had the Bible.

“Do you believe in God?” Moises said.

The soldier confirmed that he did and shared John 3:16, which says, “For God so loved the world that He gave his only begotten Son, that whoever believes in Him should not perish but have everlasting life” (NKJV).

Moises asked to borrow the Bible. As he read, he began to believe in God. His father was delighted with his son’s new faith and presented him with a Bible as a gift.

Back at the unit, a Sunday-keeping soldier saw Moises reading the Bible and said, “I know a group that studies the Bible at 6 p.m. every day. I can take you to the group if you wish.”

That evening, Moises accompanied the soldier to the Bible study group but left confused. Seeing his confusion, the soldier said, “I know about another group that meets at 6 p.m. I can take you there tomorrow, but I don’t like them.”

“Because they talk about my church,” he said.

The next evening, Moises attended an Adventist Bible study. Moises was stunned to learned that the group leader had been baptized after studying the Bible with Alfredo—his food-giving friend in the cafeteria.

The Bible study focused on Malachi 3:8, where the Lord says, “Will a man rob God? Yet you have robbed me! But you say, ‘In what way have we robbed You?’ In tithes and offerings.”

Moises had never given tithe, and the words pierced his heart. He returned the next evening and learned about the seventh-day Sabbath. That night, he wept in bed. A fellow military police officer noticed him sobbing. “Who beat you?” he said. “We’ll get him back.”

What the officer didn’t know was that Moises hadn’t been beaten by a person but by the Word of God.

The next Sabbath, Moises joined his new friends for the nine-mile (14-kilometer) walk to the nearest Adventist church. He returned tithe for the first time. After that, he attended church every Sabbath and was baptized at the age of 22, just two years after joining the military.

After military service, Moises worked in the police force but quit over Sabbath conflicts. He then went door to door as a literature evangelist and enrolled at Mozambique Adventist University.

Today, Moises is 32 years old and completing his third year of theology studies at the university. “My father sent me to the military with a plan to change my behavior,” he said. “But I see that God had a bigger plan. God wanted me to become a Christian.”

Part of this quarter’s Thirteenth Sabbath Offering will help fund the expansion of Mozambique Adventist University, where Moises studies. In addition, part of the offering will provide Bibles to children in Mozambique whose parents can’t afford to buy them. Thank you for your mission offering.