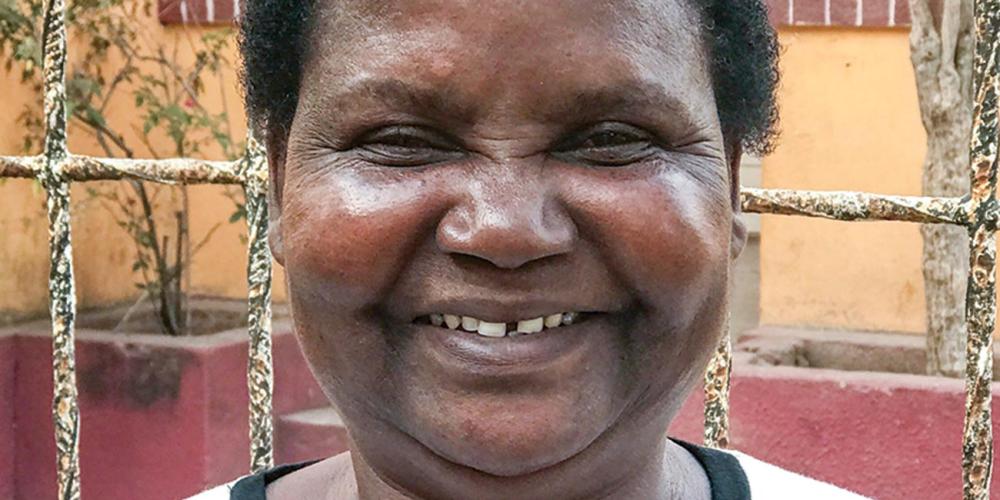 A witchdoctor, a spear, and a major miracle converts a family.

To Sabbath School teachers: This story is for Sabbath, Jan. 19.

Atija first heard about the Seventh-day Adventist Church as an eight-year-old girl visiting her grandmother in a village some distance from her home in Nampula, a major city in Mozambique where 80 percent of the population is Muslim.

A church elder stopped her as she walked by an Adventist church and invited her inside for a meal. After she ate, the elder invited her to stay for a sermon. Atija still remembers the sermon vividly. The preacher spoke about Matthew 24 and described how Jesus would raise the dead at His second coming. Atija’s young heart was touched. A month earlier, she had lost a four-year-old sister, Muanacha, to anemia.

“Listening to the preacher, I believed that would be able to touch my dear sister again,” Atija said.

Seven years passed and, at the age of 15, she married a man who had been raised in a Sunday-keeping home but attended an Adventist church in Nampula.

One Sabbath, she accepted his invitation to go to church. Sabbath School opened with the hymn, “When the Roll Is Called Up Yonder,” and Atija listened, transfixed, as a six-year-old girl standing nearby sang in a clear, sweet voice.

“I was touched when I heard her voice, and I felt something happen to my heart,” she said.

From that day, she decided to stay in the Adventist Church.

In northern Mozambique, tradition requires consultations with family elders before making major decisions, so Atija went with her husband to visit her aunt, Carmen. The aunt had raised her, and she also was a witch doctor.

Aunt Carmen listened to Atija’s request to become an Adventist and said, “Go talk about this with your mother.”

Atija’s mother, a widow, told her, “I didn’t raise you. Go talk with your uncle.”

Uncle Candido refused to give his permission. He vowed never to visit her again if she were baptized.

The words frightened Atija, but she went ahead with the baptism. She and her husband were baptized the same day. No family members attended.

Atija, meanwhile, gave birth to a boy, Dionisio, and he fell seriously ill. Atija refused to take him to her aunt or any other witch doctor for treatment.

Uncle Candido showed up at Atija’s door one evening with a spear.

“I’m waiting for this child to die,” he said. “When this child dies, I’m going to impale you in the neck.”

Two days passed. The baby refused to eat and grew weaker. Atija and her husband tearfully prayed. On the third day, the baby began to nurse, and a hospital examination showed he would be fine.

The uncle went home with his spear.

“We saw that the devil had been defeated,” Atija said. “I believe that my son was so sick that he would have died. But by God’s grace, he lived.”

The healing amazed one of Atija’s sisters, and she joined the Adventist church. A year later, Atija’s brother and another sister were baptized. Then Atija’s mother was baptized and, sometime later, Aunt Carmen followed suit. “On the day of her baptism, the pastor put her under the water three times,” Atija said.

When the aunt emerged from the water the first time, she began screaming words that no one could understand. The pastor took one look at her and said, “Let’s baptize her again.”

When she came up the second time, she continued to scream the torrent of incomprehensible words. The evil spirit left after the third immersion, Atija said.

Uncle Candido, who had vowed never to visit if Atija were baptized, entered her home after his wife’s baptism. He announced that he also wanted to be baptized. He died a year after his baptism.

“My whole family has surrendered themselves to Christ and are now church members,” Atija said. “I praise the Lord because the same family who opposed me and said I was wrong are now Seventh-day Adventists.”

Today, Atija is 57 and an active pastor’s wife. Her husband, Lazaro, completed ministerial studies and serves as a pastor in Nampula.

Part of this quarter’s Thirteenth Sabbath Offering will help build an orphanage for children who lost parents to HIV/AIDS in Nampula. Thank you for your mission offering.