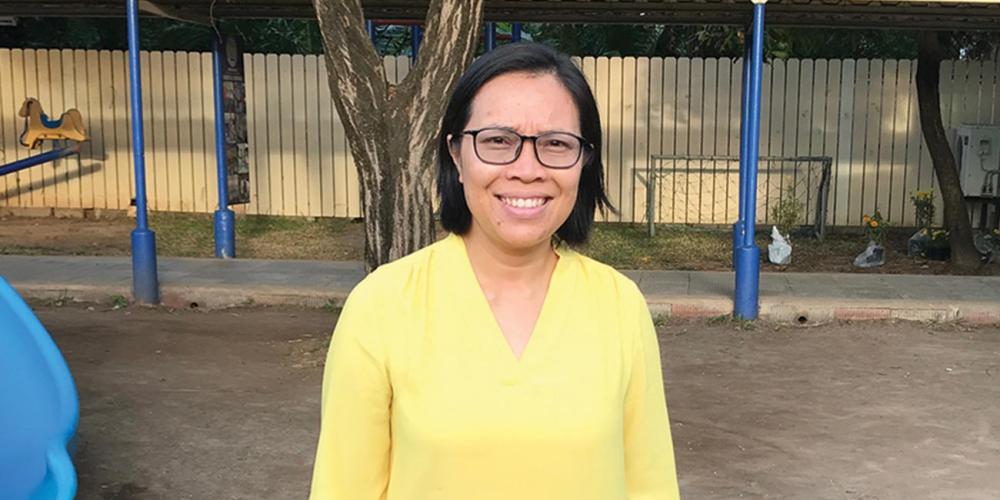 A Lesson in Anger

In Ann Phongchan’s own words:

God loves me a lot.

A friend moved to Australia and asked me to visit her parents once in a while here in Thailand.

The parents’ home turned out to be some distance from my own, and I had to look up directions on how to get there. For my first visit, I filled my backpack and both hands with bags of groceries and hailed a tuk-tuk taxi to take me to the bus station.

Partway through our trip, the taxi driver suddenly said, “I can’t take you. Can I call you another taxi?”

A second taxi picked me up, but the driver took me to the wrong place. I got into a third taxi.

It took nearly two hours to reach the bus station. I was so upset when I arrived that I didn’t want to talk to anyone.

A bus station worker asked me, “Where are you going?”

After calming down, I bought a ticket and waited for the next bus.

During the trip to my friend’s parents’ house, we passed a badly damaged bus. Our driver stopped to take pictures, and he told us that several passengers had died in the crash.

“This is the bus that left right before us,” he said.

At that moment, I realized that I should have been on that bus. I had missed the bus because of the many taxi delays getting to the bus station.

The parents were relieved to see me.

“We were so worried because we thought you were on that bus,” the mother said.

“God is so good,” I said, and told my story to the parents, who aren’t Christians.

The father said, “Wow, the God or angel who protects you is really great!”