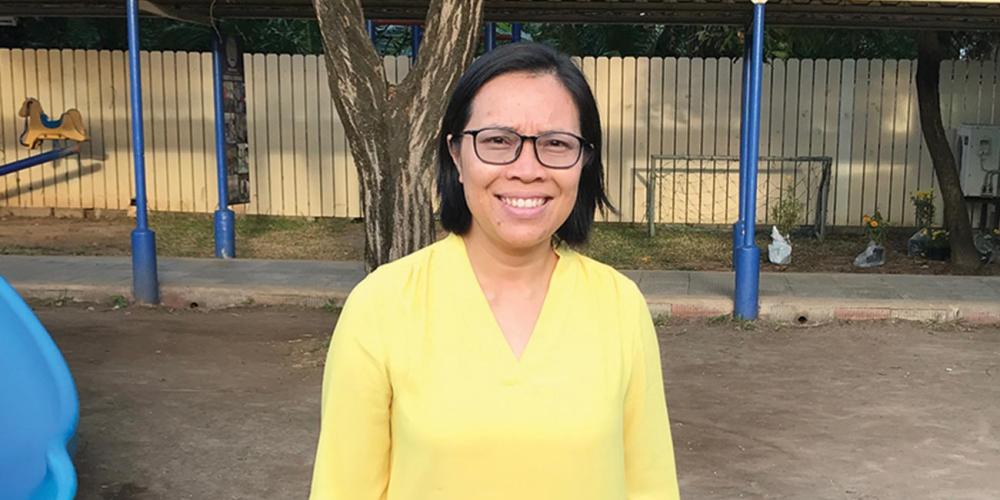 “God can perform miracles for anyone,” the teacher said. “You just need to trust in Him.”

To Sabbath School teachers: This story is for Sabbath, Dec. 22.

Raised by a single mother, Ann meditated regularly at the temple in a Thai village on the border with Laos. She participated in temple activities. Sometimes she slept in the temple.

Then she decided to attend Mission College (now Asia-Pacific International University), a Seventh-day Adventist institute located 15 hours by bus from her home. She heard about the college from a visiting graduate and learned that its work program covered tuition costs.

“We have no money, and I need to study,” Ann told Mother. “I want to go to this place.”

At Mission College, Ann immersed herself in her studies and work. She had no interest in God. She attended Sabbath School to improve her English—and heard for the first time about the power of prayer.

“God can perform miracles for anyone,” the teacher said. “You just need to trust in Him. If you trust and obey, and you pray, He will bless you.”

“If you pray with all your heart, God will answer,” the teacher said.

During summer vacation, Ann got lost at a new shopping center near her home village. She was supposed to meet Mother at 4:30 p.m. to go to the bus station to catch a bus to Mission College. But she couldn’t find the meeting spot. Ann frantically searched for Mother until 5 p.m. and, overwhelmed with worry, remembered the Sabbath School teacher’s words about prayer. She tried to pray.

“Lord, if You really want me to go back to Your place and want me to know You more, show me my mother,” she said.

When she opened her eyes, Mother was standing in front of her.

Ann didn’t miss the bus. When she arrived at the bus station, she learned that its departure had been delayed because of mechanical problems.

“I was amazed,” Ann said. “That was the first time that I experienced God’s power.”

But Ann still didn’t want to become a Christian.

Mother moved to Bangkok to be closer to her daughter, and she arrived with Ann’s younger sister, a young adult. One day, Mother called, weeping.

Ann received permission to miss an exam, and her teacher prayed before taking her to the bus stop. “Keep praying and trust in God, and He will make a way for you,” he said.

Ann prayed nonstop during the ride to Bangkok. When she arrived, she learned that her sister had disappeared after an argument with Mother.

“Can you go out and look for her?” Mother said. “I have been looking everywhere for her all day.”

Ann searched for three days. By the end of the third day, she had given up all hope, but she didn’t want to arrive home too early and upset Mother. Walking home, she paused to look at some clothing at an outdoor bazaar. An elderly woman with curly hair tapped her on the arm.

“You don’t have to look for that person whom you are seeking,” the stranger said.

Ann looked at her. “I am not looking for anyone,” she said. “I’m walking home."

The woman was silent for a moment. “In two or three days, she will come home,” she said. “You don’t have to look for her.”

“I’m not looking for anyone,” Ann insisted.

The woman smiled and sat down on the sidewalk.

Two days later, Ann returned from her search and found her sister already at home. Ann rushed to the outdoor market to look for the stranger. She was nowhere in sight. Ann returned to the market the next day but again couldn’t find the woman.

The remarkable answers to prayer softened Ann’s heart, and she later was baptized and became a mission teacher. Today, she is the principal of the Adventist International Mission School, a K-9 school with 150 students in the Thai city of Korat.

Part of this quarter’s Thirteenth Sabbath Offering will help the school construct a new campus, allowing it to expand to the 12th grade and to accept more students. Thank you for your mission offering.