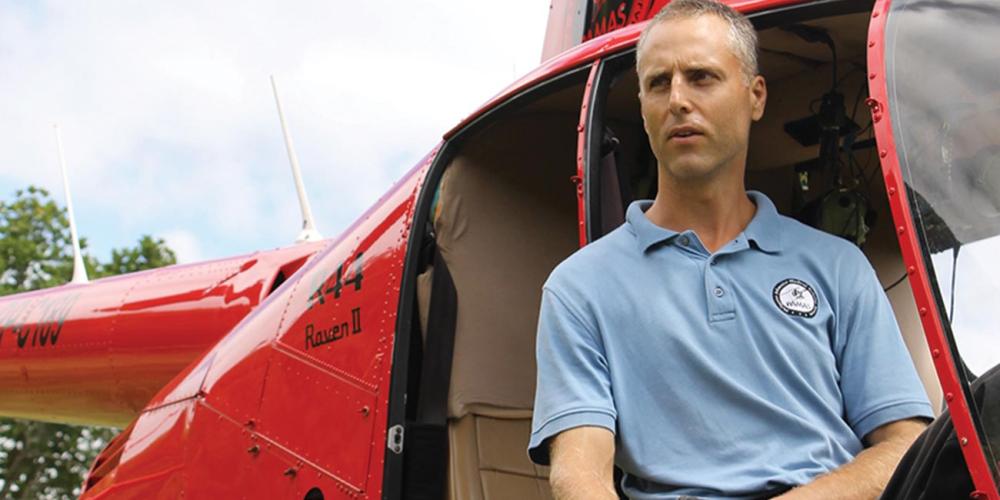 “God has put everything in place to work things out,” Dwayne says.

To Sabbath School teachers: This story is for Sabbath, Nov. 3.

Dwayne Harris never imagined leaving the U.S. military to become a mission pilot in the Philippines.

But then he lost everything in a house fire.

Dwayne, raised in a Seventh-day Adventist family in the U.S. state of Montana, loved airplanes as a boy and wanted to become a mission pilot. Finishing high school, he enrolled in flight school at church-owned Walla Walla University in the neighboring state of Washington.

After a year, however, he returned to Montana, where he earned an aircraft mechanics license and finished getting his pilot’s license. He purchased a damaged airplane, rebuilt it, and joined the Army National Guard, which sent him to flight school for helicopters.

But he was lukewarm in his Christian experience.

One day, a relative put him in touch with a mission pilot who was visiting the United States. Dwayne flew his plane to Kentucky for a meeting with the pilot, who wanted to discuss his ideas for a helicopter ministry in the Philippines.

But the night before the meeting, Dwayne’s sister called to say that their parents’ home had just burned down in a fire. No one was hurt, but Dwayne, who was living there, lost everything that he owned, including expensive toys such as scuba gear and snowboards.

While listening to the mission pilot talk the next day, Dwayne thought, “God has removed all my worldly material distractions.” Turning to the pilot, he made a promise. “If I can get free of my contract with the Guard, I would be willing to start something in the Philippines,” he said.

Dwayne had no idea how he would get out of the contract. He had about four years left on a six-year commitment with the Army National Guard. He began to pray about the matter.

“When the house burned down, it got me thinking about priorities in life,” Dwayne said. “It made me realize that the material things that we collect on Earth are nothing compared with eternity. The only thing that matters is our own salvation and the salvation of others.”

For the first time, he started to read the Bible and pray daily.

“As I did that, God started to change me,” he said.

After praying for several months, Dwayne became convinced that he needed to stop compromising the Sabbath. Every month he was required to participate in a three-day drill, from Friday through Sunday, and he had been violating the Sabbath for the past four years.

Dwayne asked his company commander for permission to fly on Friday and Sunday and make up for Saturday on another day of the week. The commander refused. So, when Dwayne reported for the drill on the next Friday, he announced that he would miss Saturday and return Sunday.

“I can’t give you an excused absence,” the commander said, sternly.

“You do what you have to do, and I will do what I have to do,” Dwayne replied, respectfully.

The commander wasn’t sure what to do. Up to that time, Dwayne had a flawless military record.

Dwayne only came in on Fridays and Sundays for several months. He kept praying, “Lord, put me where You want me to be. If it is here, fine. If it is in the Philippines, I will go there.”

Finally, the commander called him in.

“I spoke with the battalion commander, and we have decided not to waste any time or resources pursuing negative actions against you,” he said. “We will give you an honorable discharge.”

Dwayne was shocked. Thanking God, he immediately organized a trip to the Philippines to assess the situation there. Everything fell into place after that. Within months, someone helped him buy a small helicopter. He used what savings he had, and contributions came in from unexpected sources for other needs, including shipping and duty fees for the helicopter.

“God had everything lined up,” Dwayne said. “I didn’t do any fundraising.”

Today, Dwayne, 39, and his wife, Wendy, a missionary nurse whom he met in the Philippines, are the directors of Philippine Adventist Medical Aviation Services (PAMAS), a supporting church ministry that uses aviation and medical assistance to spread the gospel.

“It’s been 10 years since I came here, and God has been faithful in providing for our needs one month at a time,” Dwayne said. “We have been able to continually expand.”

From the honorable military discharge to his current aviation ministry, Dwayne has seen Romans 8:28 in action. The verse reads, “And we know that all things work together for good to those who love God, to those who are the called according to His purpose” (NKJV).

“God has put everything in place to work things out,” Dwayne said. “We just have to take hold of His promises by faith.”