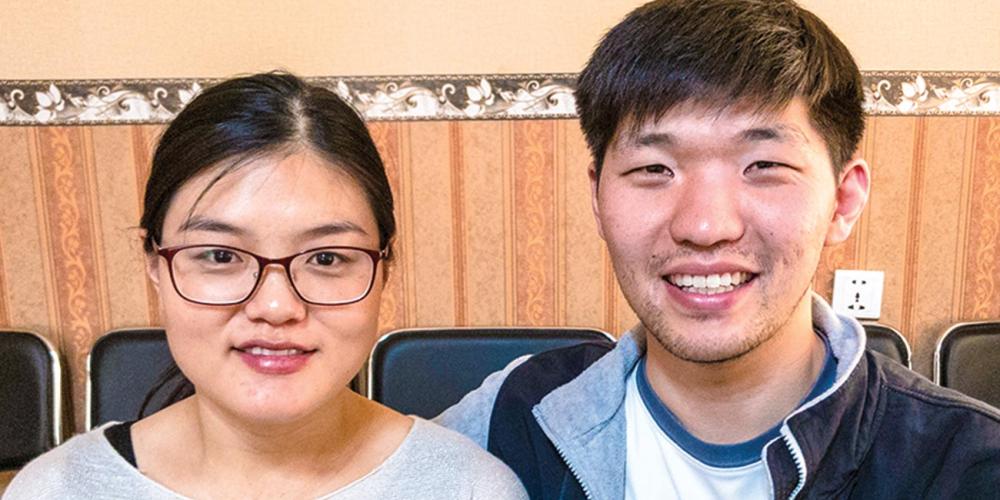 I’ve only been a missionary for six months so far, and I love it! There is nothing more thrilling than seeing a life change through God’s power.

To Sabbath School teachers: This story is for Sabbath, Sept. 8.

By Mandakh Bold, as told to Andrew McChesney

The Seventh-day Adventist Church is young in post-communist Mongolia, with a married couple from Adventist Frontier Missions becoming the first Adventist missionaries to enter the country of 3 million people in 1991. The church’s membership of 2,177 also is young, and most members are the first in their families to be baptized. This has led to several challenges, including member retention, as illustrated by the story of a 28-year-old Global Mission pioneer in Mongolia’s capital. Mandakh [pronounced: maan-dakh] was baptized as a teen but left the church seven years later. This is his story.

I was a very hard man and judged people. If someone made a mistake, I always let him know what he had done wrong. I wanted him to be punished. I thought that God likes to punish us.

I grew unhappy and eventually decided that believing in God was pointless. Something was broken in my life. I stopped going to church. I stopped keeping the Sabbath. I stopped giving tithe.

My wife was sad, and she prayed for me.

In the back of my mind, I lived in dread of punishment from God. I thought that God had blessed me for seven years and now was going to punish me for turning my back on Him.

A year passed, and nothing happened. Instead of punishing me, God loved me and blessed me more than before. I got a well-paying job as an editor with a Mongolian television channel.

I concluded that the best job would be a missionary. I rededicated my heart to Jesus and prayed, “If You want me to be a missionary, I am ready to go.”

After several months, the leaders of the Adventist Church in Mongolia offered me the position of Global Mission pioneer. I would lead a dying house-church on the first floor of an apartment building in Mongolia’s capital and teach English at a nearby public high school. My wife would oversee the children’s Sabbath School and teach Chinese. I prayed for a week and then quit my television job.

I’ve only been a missionary for six months so far, and I love it! There is nothing more thrilling than seeing a life change through God’s power.

The first Sabbath, a former member who hadn’t attended in three years showed up for Sabbath School. I didn’t know him, and he didn’t know me. I tried to connect with him, and I encouraged him to return the next Sabbath. He didn’t seem happy about the invitation. I found out why when he called me during the week and said he wanted to talk. I went to his workplace and learned that he was cheating on his wife. He said his wife had found out and wanted a divorce. He said, “What should I do?”

He didn’t know. I shared with him the biblical principle that divorce is not allowed except in the case of adultery. I told him to ask God’s forgiveness and to stop cheating on his wife. I said, “Tell your wife the truth and then promise her, ‘From now on, I will be a man of God. I will be faithful to you.’”

We prayed together, and I left.

A week later, the man told me that he had ended the affair by announcing to the other woman that he had recommitted his life to Christ. He also told the truth to his wife and, fortunately, she had forgiven him.

Today, the man comes to church every Sabbath and is an active church member.

Another miracle happened with a disabled man whose only income is a disability payment of 160,000 Mongolian togrog (about U.S.$65) a month from the government.

One Sabbath, I said to him, “Please, give your tithe to God. He will bless you.”

Sometime later, the man called me, and we spoke on the phone about his life and health. He told me that the government would give him two months’ payment at once that month. I said, “Please, give your tithe. If you want to see God’s power, test him. In Malachi 3:10, God says, ‘Test me with your tithe money.’”

The next Sabbath, the man came to church and gave tithe for the first time! A week later, he called me and said excitedly, “I gave this tithe last Sabbath, and today I got a letter from the government saying that my monthly payment has been increased by 50 percent!”

I’m not an emotional person, but I become so happy when I see God’s love transforming lives. I cannot express this feeling with words. I want everyone to know about God’s love, and that’s why I’m a missionary. Being a missionary is the best job in the world!

Watch an eight-minute video of Mandakh sharing his testimony at the link: bit.ly/worlds-best-job