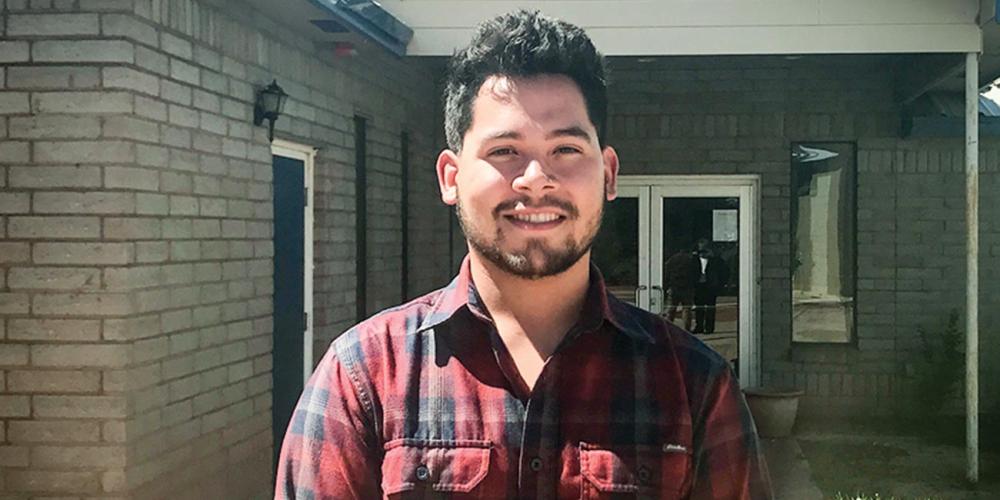 Demons Talk to Me

To Sabbath School teachers: This story is for Sabbath, June 23. Click here for photos to share while telling the mission story.

Pierre, the head boys’ dean at Holbrook Seventh-day Adventist Indian School, was preparing to go to bed near the start of the school year when his telephone rang. His assistant was calling to say that David*, one of the 28 boys in the dormitory, wanted to go for a late-night walk.

The boy’s dean dressed quickly. He knew little about David other than that the 17-year-old sophomore had belonged to a street gang. David’s mother had sent him to the boarding school in the U.S. state of Arizona because she feared for his life in the state capital, Phoenix.

David walked silently beside Pierre for several minutes. It was a clear, moonlit night.

Reaching a gully, the two sat down and chatted about the twinkling stars and star constellations in the night sky.

Then David abruptly said, “Demons talk to me sometimes.”

“What do you mean?” the dean asked.

“Demons talk to me,” the teen said. “Sometimes they tell me to hurt someone or tell me to do things that I don’t want to do.”

“Why do you think that is?”

“I don’t know, but it has gotten worse since I came here,” David said.

The dean suggested that it would be a good time to pray. He bowed his head and asked God to be part of the conversation.

Opening his eyes, he said, “I think I know why they are getting worse.”

“Because you only knew demons and evil before you came here,” Pierre said. “But now you are coming into contact with Jesus and goodness. The devil doesn’t like that.”

David paused for a long moment.

“Mr. Ortiz, I don’t understand church,” he said. “It’s so forced. You have to listen to the speaker and do all these things.”

“It was awesome!” David said. “We were like a family. We never saw the leader, but he would give us orders in envelopes pushed under the door, and we would go out and do them. We were a family.”

“I see,” Pierre said. “You didn’t see your leader, but you received orders and went out and did them. Your reward was that you had this family.”

Pierre smiled. “David, this is church,” he said. “Church is a family. But instead of going out and spreading cruelty and bad things, we do good things.”

David seemed to grasp what the dean was saying. He began to cry. The dean hadn’t thought that David was capable of crying, but tears slid down his cheeks. His sobbing sounded like the whimpering of a puppy.

“I’ve killed before, and I know that none of you has killed,” David said. “So, I don’t think God is going to want me.”

Pierre told David that the Bible was filled with stories about murderers who had been forgiven by God. “If we took all the murderers out of the Bible, it would be a very small book,” he said. “God loves murderers, too.”

“I have something else to tell you,” David said. “The demons sometimes do more than talk to me. They take over my body. I start shaking and foaming at the mouth, and I can’t stop it.”

The dean’s heart went out to the whimpering teen. “This is why we are here at Holbrook,” he said softly. “This is God’s ground, and Satan doesn’t have power here. If you feel bad things happen, we can pray for you and fight that battle with you.”

By this time, it was 1 a.m. and growing cold. Pierre prayed with David again, and the two walked back to the dormitory.

Pierre doesn’t know whether David has accepted Jesus into his life. The last he heard, David had returned to Phoenix and rejoined the street gang. But Pierre is glad that he had an opportunity to take a moonlit walk wit a struggling student at Holbrook school.

“I have a very small window to reach these kids,” said Pierre, 24, who has served as head boys’ dean for two years. “Our 65 students come and go and may not be here tomorrow. But we have to trust that God will bless the seeds that we are planting. My prayer is that wherever the students go, God will manifest something amazing in them.”

Part of this quarter’s Thirteenth Sabbath Offering will help Holbrook Seventh-day Adventist Indian School build a new gym and cafeteria to replace worn-out buildings on the 72-year-old campus. Thank you for your mission offerings.

Pierre Ortiz says he doesn’t see many baptisms but he is glad for the opportunity to plant seeds. (Andrew McChesney / Adventist Mission)

*The boy’s name has been changed.