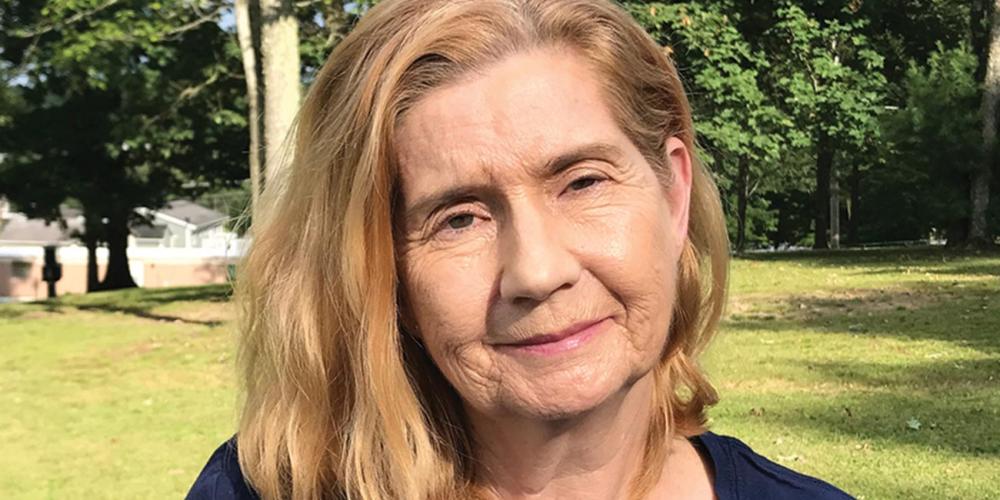 To Sabbath School teachers: This story is for Sabbath, June 2. Click here for photos to share while telling the mission story.

Juanita, the youngest of seven siblings, disliked church as a small girl growing up on a poor farm in the Appalachian Mountains in the U.S. state of West Virginia.

Her mother forced her to walk four miles (six kilometers) to Sunday School and back in the summer. Deep snow made the trek impossible in winter.

“We didn’t really want to go,” Juanita said. “The other kids made fun of us because they rode in cars and we had to walk. I didn’t think much of church.”

She never saw a Bible in her home. Her parents, who couldn’t read or write, showed little interest in religion other than to say that they had been “baptized and saved at a church around the mountain.” Juanita described her childhood as “awful.” Her father, a disabled soldier-turned-farmer, allowed various men to stay at the farm, and some were abusive. “It was awful growing up,” Juanita said. “I don’t feel that I had a good childhood. I don’t even want to go back to visit. Every time I think about going there, I’m like, ‘No, no.’”

As an adult, Juanita married and divorced twice. She drank and lived with multiple boyfriends. She raised two girls as she held various jobs. When her daughters once asked her to go to church, she bluntly replied, “I won’t be a hypocrite. I’m not going to party all night and then get up in the morning and go to church.”

Then one day, Juanita opened her mailbox and found a pamphlet advertising a series of Revelation prophecy seminars. She had received religious materials in the mail before, but something was different this time. She felt an irresistible desire to attend.

“It was like someone was behind you, just pushing you to go,” she said. “I had never had that before. Something just kept nudging me to go. So, I went.”

She now believes the Holy Spirit was prompting her to go.

Juanita showed up for the opening night of the evangelistic meetings at a public hall rented by the Seventh-day Adventist church in Beckley, a sleepy West Virginian town with a population of 17,200. Although she knew little about Christianity, she had heard that Adventists worshipped on Saturday, so she immediately asked a church member, “Why do you go to church on Saturday?”

The church member smiled and replied, “The pastor will talk about that later.”

Juanita was disappointed not to receive a direct answer, so she returned the next night. The evangelist didn’t mention the Sabbath, so Juanita repeated her question after the meeting. Again, she received a smile and a promise that the topic would be discussed later.

“I thought it was a mystery,” Juanita said. “I wanted to know, and I didn’t understand why they didn’t tell me.”

She also had another reason to return to the meetings. After receiving the pamphlet in the mail, she had begun to think about her future. She had never read the Bible or been baptized, and the thought of Judgment Day frightened her.

Partway through the four weeks of meetings, Juanita was presented with a Bible for her faithful attendance. She eagerly began to read it for the first time. She checked the verses cited by the evangelist. When he finally spoke about the seventh-day Sabbath, she saw that God had set aside the day at Creation in Genesis 2:2, 3 and re-emphasized its sacredness with the Fourth Commandment in Exodus 20:8-11. She saw that Jesus had kept the Sabbath and had come to Earth not to destroy the law but to “magnify the law, and make it honorable” (Isaiah 42:21).

“I started reading in the Bible, and that is what the Bible says,” she said.

Juanita was baptized with 15 other people in September 2016. The Beckley meetings were among 35 evangelistic series organized across West Virginia with funds from a 2015 Thirteenth Sabbath Offering.

People have noticed big changes since Juanita, now 67, gave her heart to Jesus. She doesn’t swear, and she no longer drinks or visits bars.

“I used to have a really hot temper,” she said. “It was like bad. I’m a lot calmer than I used to be. Now my daughter, when she says a bad word, even says, ‘Oh, sorry, excuse me.’”

She said she sometimes feels tempted to drink, because that was how she used to forget her painful past, but choosing friends more carefully has helped her not to drink.

Juanita likes to hang out with her new Best Friend. Thank you for your mission offerings that led her to Jesus.

Juanita Setliff, 67, describing how her life has changed since she gave her heart to Jesus. (Andrew McChesney / Adventist Mission)