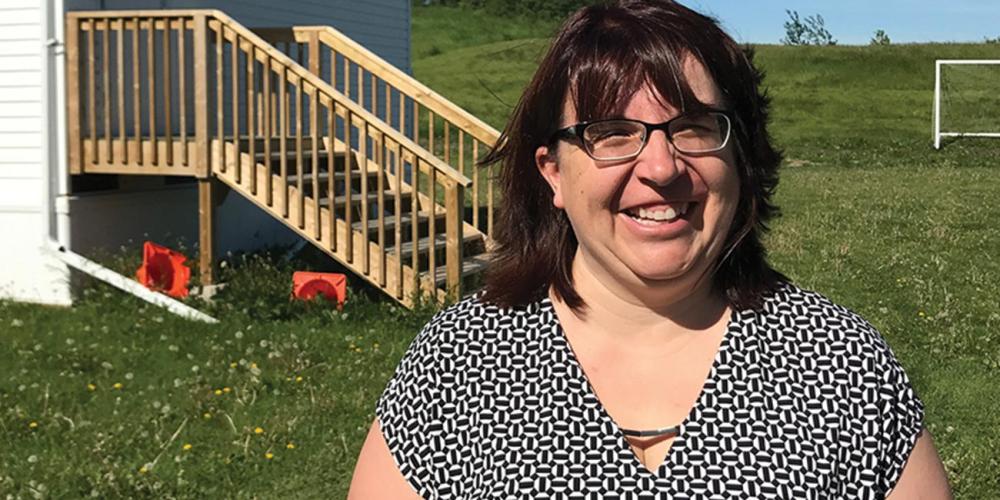 Talking With the Dead

To Sabbath School teachers: This story is for Sabbath, May 19. Click here for photos to share while telling the mission story.

Shelly and her grandfather had discussed her future as they sat on the deck of the house on a First Nations reserve in Alberta, Canada.

Then Shelly mentioned that her grandfather had been dead for several years.

“When I found out that he had passed away, the hairs on my neck stood up,” Kim said. “I felt that she had been in the presence of an evil spirit.”

Kim is a science and math teacher at Mamawi Atosketan [pronounced: MAMA-way a-TOSS-key-tan] Native School, a Seventh-day Adventist mission school for First Nation children in Alberta. Many of the 200 students come from families with traditional spiritual practices and hear about Jesus for the first time at the K-12 school.

Shelly spoke many times about spirits with her teacher. After a pow-wow, she described seeing a centaur, a mythical figure that is half man, half horse, leaping from house to house on the reserve. She told of hearing ancestors speak from a tree in the yard of her house.

“She sat there quietly and heard voices that she thought were her ancestors,” Kim said.

She had at least two conversations with an apparition resembling her grandfather.

“On the porch, they had a conversation about what she wanted for her life,” Kim said. “The spirit didn’t tell her anything negative like, ‘Go jump in the lake.’ They just spoke, and she thought the conversation was a pleasant thing. She liked talking with her grandpa.”

Hearing about the conversations disturbed Kim, and she prayed silently for God to give her the right words. Kim began to ask questions.

“You have studied our Adventist beliefs,” Kim said. “Tell me, what do you believe the spirit was? Was it actually your grandpa? Who sent the spirit?”

Shelly was familiar with the biblical teaching that the dead are asleep and know nothing. Finally, she said, “Yeah, you are right, Mrs. Harrington, I get what you are trying to say.”

Kim prayed with the girl.

“She was confused because she thought the experience was positive,” Kim said. “She left with a lot of questions, but she said she was thankful for the prayer.”

Following that prayer, Shelly returned to Kim several times to ask for prayers when she was having family problems or a bad day. Kim saw something positive was emerging from the discussion.

“The talk about the spirits abruptly threw open the door to this prayer relationship,” Kim said.

Shelly started thinking hard about the presence of spirits in her life. Sometime later, she told Kim that she was approached by the spirit of her grandmother. She didn’t see a physical being, but she heard her grandmother’s voice. She listened for a minute or two because she missed her grandmother and wanted to talk with her. But then she remembered her conversations with her teacher about where spirits come from.

She firmly told the voice, “If you are an evil spirit, I want you to leave.”

Then she started singing songs about Jesus that she had learned at school. The spirit left.

Kim prays that Shelly is learning to place her confidence in God.

“I told her that God is always in control of her life, no matter what happens,” she said. “She was seeking advice from her grandpa and wondering about the future, so I reminded her that God has a plan for her even though she might not know what it is right now.”

Kim read to her the promise of Jeremiah 29:11, where the Lord says, “For I know the plans I have for you, plans to prosper you and not to harm you, plans to give you hope and a future” (NIV).

Kim wants her students to know that they belong to God and not to some spirit. She has pasted signs on the chairs in her classroom that say, “This seat is occupied by a child of God.”

“I want the kids to know that they are special and that God loves them no matter what,” she said.

Part of this quarter’s Thirteenth Sabbath Offering will help expand the school’s math and science program so more children can enroll and learn about Jesus. Thank you for your mission offering.

Kim Harrington talks about her experience with Shelly, who said she spoke with her dead grandfather. (Andrew McChesney / Adventist Mission) .

*The girl’s name has been changed.