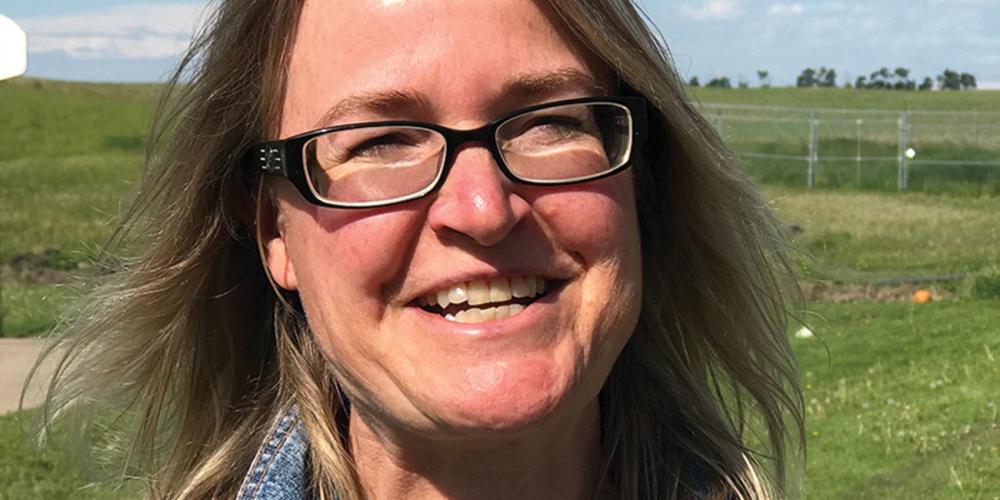 To Sabbath School teachers: This story is for Sabbath, May 12. Click here for photos to share while telling the mission story.

By Darlene Thiessen, as told to Andrew McChesney

Adrius struggled with alcohol abuse, and he was intoxicated when a car hit him as he walked home one night. I felt terrible in the morning when I learned that school had been canceled because a student had died.

A second student died during my second year at the school. Francis Buffalo was a giant in stature, but he had a gentle, kind personality. He was talking with some friends beside a parked car when a passing car lost control and smashed into him.

The two deaths had a huge impact on me. I tried to hold back the tears at the boys’ funerals. As a teacher, I felt so connected to the boys that I feared the tears would never stop if I began to cry. My whole being ached, and I felt like I was going to burst.

Questions filled my mind after the funerals. I wondered what impact I had had on the boys. Did they see the love of God through the school? Did we give them enough that maybe they cried out to God in their last moments?

The boys’ premature deaths remind me every day that I want to bring students to Jesus. I want the children to have a relationship with Jesus that will change their lives. As a teacher, I don’t always see the results immediately, but I do get to catch glimpses that fill me with hope.

Once I joined ADRA on a mission trip to build an orphanage in Mozambique. I told my third-grade students where I was going and what I was doing. I told them how excited I felt. I prepared them for the substitute teacher.

But one little girl, Tiandra [pronounced: TEE-andra], believed that I had abandoned the class and wasn’t coming back. She started misbehaving and ended up in the principal’s office. When the principal asked why she had misbehaved, she exclaimed, her voice filled with attitude, “Haven’t you heard of separation anxiety?”

The principal had to step out of her office to laugh. Little Tiandra sounded so precious using grown-up language.

But Tiandra was correct in her self-assessment. She was misbehaving because she thought I had abandoned her. She and I shared a connection, and she looked forward to it so much that she felt abandoned when I wasn’t there.

When I returned to Canada, I spent a day at home getting over jet lag. The principal called and said, “I have someone who needs to talk with you.” She put Tiandra on the phone.

“Hello? When are you coming back?” Tiandra said.

And that was it. Everything was OK. Our connection was restored.

All the teachers have a connection with the children. It makes a big difference for the children to be at school and to see our faces every day.

Last year, the third-grade students fell silent when I told them about Jesus dying on the cross. You could just see the look of awe on their faces that Someone loved them so much. I told the children that it would be easier for me to volunteer to die for someone else than to give up the life of my son.

“God must love you so much to give up His Son’s life,” I said.

Wonder filled one little boy’s face. “Really, He did that for me?” he asked.

I remember a first-grade girl who faced turmoil at home as her brothers and sisters moved in and out of foster care. Her youngest sister was removed from the home, and her mother tried to get her back. The first grader was very concerned.

Then some children began to tease her. I found her sobbing outside the classroom one day and asked her what was wrong.

“The other children said that my sister is dead,” she said.

I asked if I could pray with her, and she agreed. I held her hands and prayed for her sister. Afterward, I said, “It’s in Jesus’ hands. Do you feel better?”

It was as if the weight of the world had come off her shoulders. She went outside and happily played with the other children.

As a teacher, we have many little moments like this where we can show children the love of Jesus. I want to bring students to Jesus. I don’t want to miss an opportunity to have an impact on a child for eternity.

Part of this quarter’s Thirteenth Sabbath Offering will help Mamawi Atosketan Native School expand its education program so it can teach more children about Jesus. Thank you for your mission offering.