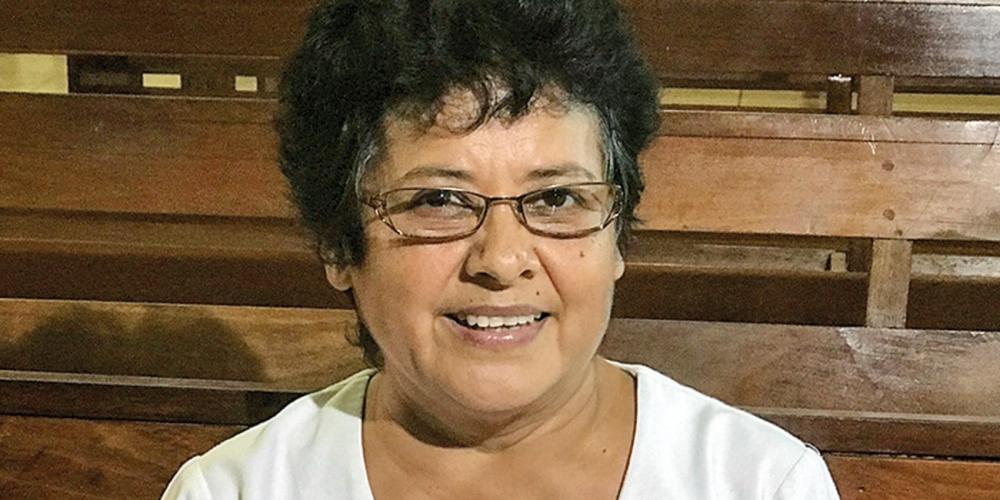 Leticia's relatives dismissed the Adventist Church as a cult and told her, “If you ever decide to be baptized, forget that you have a family here.”

To Sabbath School teachers: This story is for Sabbath, Jan. 20. Click here for photos to share while telling the mission story.

The most exciting day in the young life of Leticia [pronounced: let-EESIA] was when her mother sent her from Guatemala to live with her grandmother in neighboring Belize. Her parents were staunch Sunday-keepers, and Leticia was tired of being told that she couldn’t behave like the other girls.

She started going to dances and parties. She felt like free at last. But she worried almost every day, “What will happen to me if I die tonight?”

After some time, a couple of Adventists started visiting Leticia’s home and giving Bible studies to her uncle, who also lived there. Leticia, who was 17, eavesdropped from her room and thought indignantly, “That’s not what the Bible teaches!”

The Adventists were speaking about the gift of tongues. They read from the book of Acts that everyone understood in their own language what the disciples preached. Leticia had been raised to believe that speaking in tongues produced gibberish that no one could understand.

Finally, Leticia burst out of her room and told the Adventists, “What you are teaching is not right.” She tried to show them her way of thinking.

Through the discussion, Leticia began to study the Bible with the Adventists. Then she attended their church and decided to be baptized.

But her relatives dismissed the Adventist Church as a cult and told her, “If you ever decide to be baptized, forget that you have a family here.”

Her baptism was a real struggle, and she did not show up on the day she was supposed to be baptized. She went partying instead and decided that she wouldn’t be baptized.

“But the Lord did not leave me until I went to ask for baptism,” she said. “The pastor asked, ‘Are you sure?’ I was sure, and from that moment to now I am sure that I made the right choice. Praise God for His mercy and for giving me a second chance.”

Leticia’s relatives were furious. They pressured her to renounce her faith by putting pork or lard in the food so she couldn’t eat it. Leticia lived on cookies and milk for weeks. She only ate a full meal on Sabbaths when church members invited her to their homes for lunch.

“That when I learned that you should always open your door to newly baptized members because you never know what is happening in their lives,” Leticia said. “Get to know them and love them.”

Leticia soon returned to her mother in Guatemala. Even that move was blessed by God, she said. Shortly after her arrival, she met her future husband, and they were married. Leticia went on to become a nurse and to plant three churches in Guatemala and Belize with her husband. Together, the couple has led about 1,000 people to baptism.

Leticia’s husband has since passed away, but she remains an active 60-year-old church member in Belize, where she now lives. In 2016, Britain’s Queen Elizabeth II named her a Member of the Most Excellent Order of the British Empire in recognition of her community service.

“Somebody submitted my name,” Leticia said, modestly. “But really what inspires me to move forward is not the awards of people. I always imagine that God is saying, ‘Go, do this for Me.’ We are His servants. He says, ‘Do it.’ I want to hear Him say one day, ‘Well done, good and faithful servant.’

“I know that God called me for a purpose,” she said. “It has been 43 years since I was called to the church, and His loves grows deeper and deeper every day.”

Belize received part of the 2015 Thirteenth Sabbath Offering to build a campground for evangelistic meetings and church conferences. Thank you for supporting Belize and other countries in the Inter-American Division with your mission offering.


For photos to share with this and other mission stories, visit the Facebook page for the Mission quarterlies