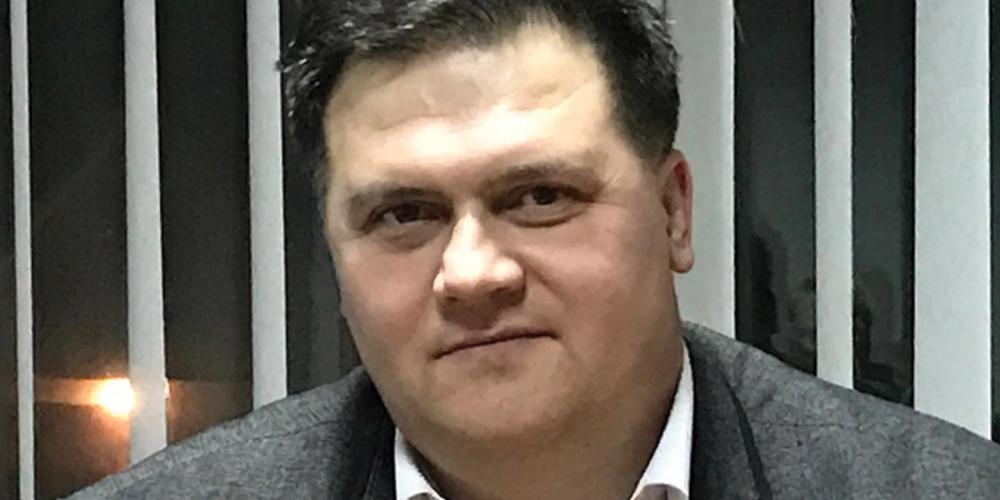 The Case Against God

I didn’t understand how a simple welder knew so much about the Bible.

To Sabbath School teachers: This story is for Sabbath, Dec. 23. Click here for photos to share while telling the mission story.

Ask a man to present this first-person report.

Life was tough in my homeland of Moldova, where I worked as a state prosecutor. So, I bought a Polish passport on the black market and moved to Ireland to start a better life.

But then I found out that my Moldovan roommate was a Seventh-day Adventist.

Alexander infuriated me with his constant Bible reading. Every time I asserted that a belief from the church of my childhood was correct, Alexander would open his Bible and point to a text to prove me wrong. I could not convince him to worship on Sunday or to eat unclean foods. I felt like I had a major disadvantage. Alexander read the Bible every day—he said he’d read through it eight times in the eight years since he had been baptized. I had never even opened the Bible!

Then I decided that Alexander was reading from a special Adventist Bible. So, I got my own Bible and compared it with his. The words were identical.

One Friday evening I got extremely upset when I saw Alexander preparing to welcome the Sabbath. I didn’t understand how Alexander, a simple welder, knew so much about the Bible. I decided to study the Bible for myself and prove him wrong. I used my legal knowledge to seek evidence to build a case. I wrote down 100 questions that I would tackle, including:

As I read the Bible, I found answers to each question. My eyes were opened, and I saw that the church of my childhood was far from the truth. I realized that I needed to admit that I was wrong and to start obeying God, beginning with keeping the Sabbath.

Alexander was shocked when I said I wanted to attend church with him. I was baptized a year later.

My relatives back home were not happy to learn I had joined a different church. My friends in Ireland thought I was crazy. But nothing could stop me. For me, the most important thing in life was to abide in Christ and to walk with Him.

Nudging Me Toward Honesty

I prayed, “I don’t know if You want me to stay here, but send me back home if it is Your will.”

I didn’t have a job at the time, and it seemed impossible to find one without a passport. But shortly after my prayer, I received an offer to work as a night security officer at a fitness club. I was given Sabbaths off.

Then I prayed, “God, I want to pay taxes like everyone else so I can be honest. I want to give to Caesar that which is Caesar’s.”

I marched into the tax office with my Moldovan passport, determined to secure a tax number that would allow me to pay taxes. Ahead of me in line stood a couple from Latvia who spoke poor English. The tax officer spoke with them for a long time. I grew increasingly nervous as I waited. I wondered what the tax officer would say when he learned that I was living in Ireland illegally.

After the Latvian couple finally left, I slid my passport under the glass window and explained that I wanted a tax number. The tax officer glanced at the long line of people behind me and returned my passport with a document to fill out. He never even looked at my passport! A week later I received a tax number by mail and began to pay taxes. My friends couldn’t believe it!

When I moved back to Moldova several years later, the Irish tax authorities even returned money that I had overpaid in taxes.

Back in Moldova, I received a master’s degree, and now I work as a legal adviser for a German company. I still get Sabbaths off, and I pay my taxes.

Today, by God’s grace, I obey the law of God and of man—and God has blessed me beyond measure.