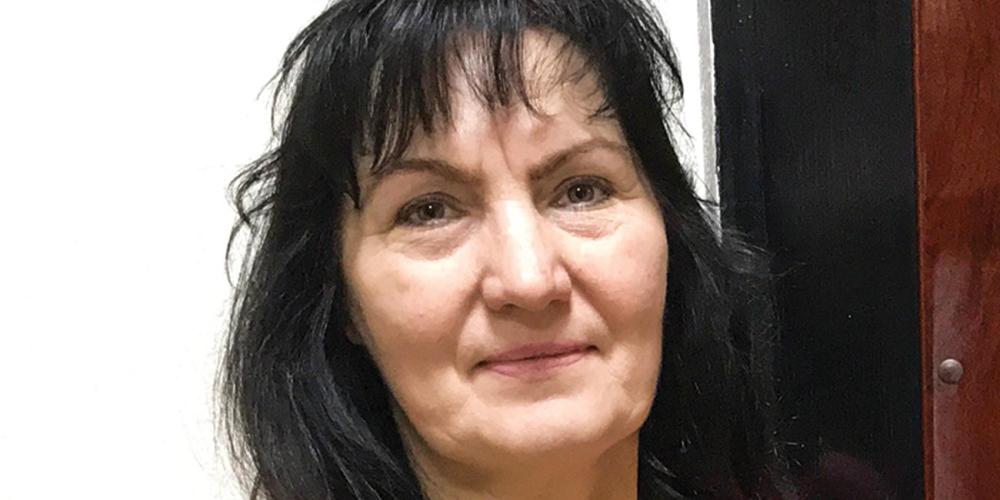 Three Miracles in the Hospital

To Sabbath School teachers: This story is for Sabbath, Nov. 4. Click here for photos to share while telling the mission story.

By Natalya Grigiryeva, as told to Andrew McChesney

Ask a woman to present this first-person report.

I was baptized at the age of 19 because I wanted to fit in, but I left the Seventh-day Adventist Church six months later. I stayed away for 33 years. But three miracles—all involving family members in the hospital—brought me back to Jesus.

The first miracle happened when one of my four sisters, Olga, fell ill. Olga is a faithful Adventist who lives in another city. She underwent three difficult surgeries. When the doctor announced that she faced a fourth surgery, Olga called me and asked me to pray.

“I’m scared,” she said. Olga explained that an X-ray had identified an unexplained growth inside her. It looked like cancer.

I got on to my knees and began to pray. I promised God that I would give up alcohol, cigarettes, and pork if He would just help my sister. During the two weeks that I prayed before the surgery, I quit drinking, smoking, and eating unclean meat.

On the day of the surgery, Olga texted me from the hospital. She wrote, “They didn’t do anything to me. I’m going home.”

It seemed that my worst fears had come true. Olga must have inoperable cancer. I called Olga and asked, “What happened? Why didn’t the doctors operate?”

Olga said, “Before taking me into the operating room, the doctors took another X-ray. This time they couldn’t find anything wrong. I am well!”

What a relief! I thanked God every day for the rest of the week. On Saturday morning, however, I went to work as usual. A conflict quickly broke out inside me. I felt terrible for breaking God’s law by working on the Sabbath after God had just saved my sister’s life.

I finally dropped what I was doing and drove to the Seventh-day Adventist church—and arrived just in time for Sabbath School. My mind immediately felt at peace. I realized that I had come home. That day I gave my heart to Jesus.

Four years passed. In 2015, my elderly mother suffered a massive stroke. My sisters and I raced to the hospital and found her lying staring blankly at us. This strong woman, an Adventist who had raised four girls, couldn’t do anything but stare at us.

We prayed for my mother for two weeks. She slowly improved, but she remained paralyzed. Finally, we brought her home.

One day, a week after she returned home, my mother abruptly stood up and began to walk. Her nine-year-old great-granddaughter shrieked with joy when she saw what was happening. “Let’s thank God!” she said. And we did.

Then, in 2016, my 79-year-old father was badly injured in a traffic accident in another city. A bus hit him as he was riding his bicycle, and he was rushed to the hospital in critical condition.

My father was an avowed atheist who had divorced my mother when I was 13 and later remarried. He stopped talking to me when I told him that I was going to church, and he threw away the DVDs of sermons and Christian films that I mailed him. Two weeks before his accident, he tore up a Bible that I had sent him.

Now he was hospitalized in a coma. We were far away and could not go to him.

When my sister Olga and my mother were in the hospital, we prayed that God would heal them. But in my father’s case, my mother and the rest of our family pleaded with God to awaken him long enough to repent. We prayed that he would accept Jesus.

On the third day, my father woke up with a sound mind and asked relatives what had happened. He asked why he was in the hospital. Three hours later, he passed away. Only God knows what went through my father’s mind during those last moments. But I am so grateful to God that my father was given a last opportunity to repent.

After this third answer to prayer, my heart has been really drawn to God. I understand that God really does listen to our prayers and answers them.

People should pray. Pray for your family, for your children, for your parents, and for your neighbors. God hears—and He answers—the faithful prayers of His righteous children.

Part of this quarter’s Thirteenth Sabbath Offering will help build a community center in my hometown of Rostov-on-Don. Join me in praying for this community center — and join me in giving to the Sabbath School mission offering to help spread God’s Word around the world.