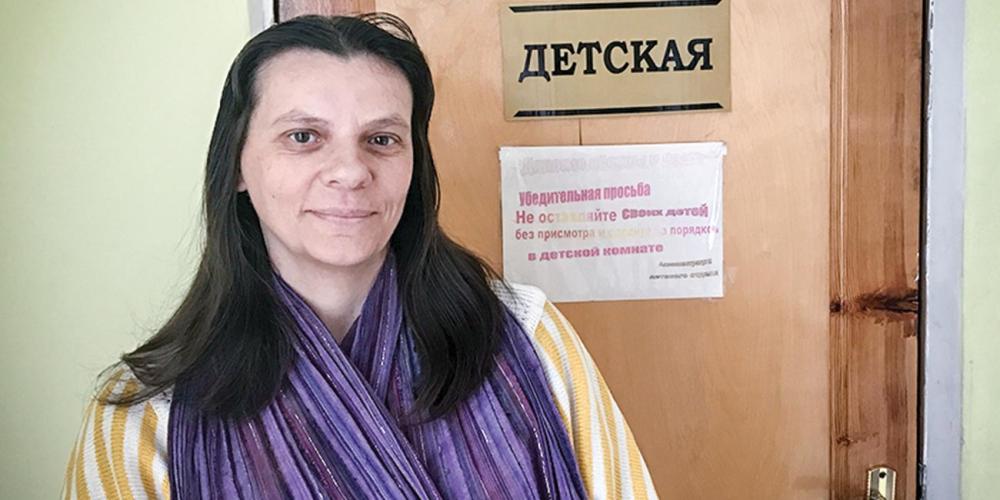 Yelena has every reason to be distressed, but she is visibly happy.

To Sabbath School teachers: This story is for Sabbath, Oct. 14. Click here for photos to share while telling the mission story.

Yelena has every reason to be distressed.

She lost her job because of the Sabbath last year. After a period of unemployment, she found work as a low-paid janitor. Now she is receiving death threats because of her desire to help another woman keep the Sabbath in Kazakhstan.

But Yelena is visibly happy.

Sabbath observance is a challenge in this country of 17 million people and only 3,500 Adventists. No church schools operate here, and public schools hold classes from Monday through Saturday. Employers often are unsympathetic to Sabbath requests, even when church members offer to make up the work during the week. Many people dismiss Adventists and other Protestants as “sectarians.”

Yelena’s troubles began when the pipe production company where she had worked for five years decided to expand its work week to six days from the previous five. Yelena had disclosed during her job interview in 2011 that she observed the biblical seventh-day Sabbath, and her supervisor had replied: “No problem. We only work five days a week. Your Sabbath will fall on your weekend.”

But the company changed its work schedule in 2016, citing economic conditions, and Yelena had no choice but to leave.

After two months of unemployment, an Adventist friend helped her find a part-time janitorial job at a pawnshop. Yelena also received training as a massage therapist, allowing her to volunteer at a community health center operated by her church.

For more mission stories from Kazakhstan

Yelena’s work as a massage therapist led her to Grandmother Faina, as she affectionately calls the 75-year-old woman. They met through a church member, and Yelena agreed to give the elderly woman 10 daily sessions for free.

Grandmother Faina, who suffered pain from an accident in her youth, thanked Yelena profusely as her health improved. Yelena replied every time, “I am a Christian, so you need to thank God.”

The 10 days passed quickly. At the last session, Yelena invited Grandmother Faina to study the Bible together. The woman agreed, and the two began to meet once a week to go through the 24 Bible lessons.

Grandmother Faina accepted what she heard, and her lifestyle began to change. She sought to observe the Sabbath.

When she told her adult son, Pavel, about her new faith, he was furious. Pavel, a divorced father who lives alone with his mother, called church members to complain.

“My mother was completely different before,” he said. “She used to make good food, but now she won’t prepare pork. Before she drank alcohol during holidays, and now she refuses to drink.”

Pavel threatened to go to court if the Bible studies continued.

Several days later, when his mother refused to stop the lessons, his threats grew more serious. He told Yelena that he would kill her if she set foot in the house again.

“Grandmother Faina started to call me when the son went to work,” Yelena said. “We prayed by phone and then did the lesson.”

With only two Bible lessons left, the son lost his job and refused to leave the house. The lessons stopped for two more weeks. The church members prayed that the son would find work.

Yelena expressed excitement at seeing how God would lead next.

“When we pray, Grandmother Faina praises God that she was able to meet people who could help her live a healthier life and get to know Him,” she said. “Last Sabbath she called me and asked me to pass greetings to the whole church.”

Yelena said it can be difficult to reach people in the world with the gospel. But she said she was willing to do whatever it takes—even losing her job and working for low wages—if it meant that she could obey God and share her faith.

Part of this quarter’s Thirteenth Sabbath Offering will help fund the opening of the first Seventh-day Adventist preschool in Yelena’s hometown of Pavlodar, Kazakhstan.