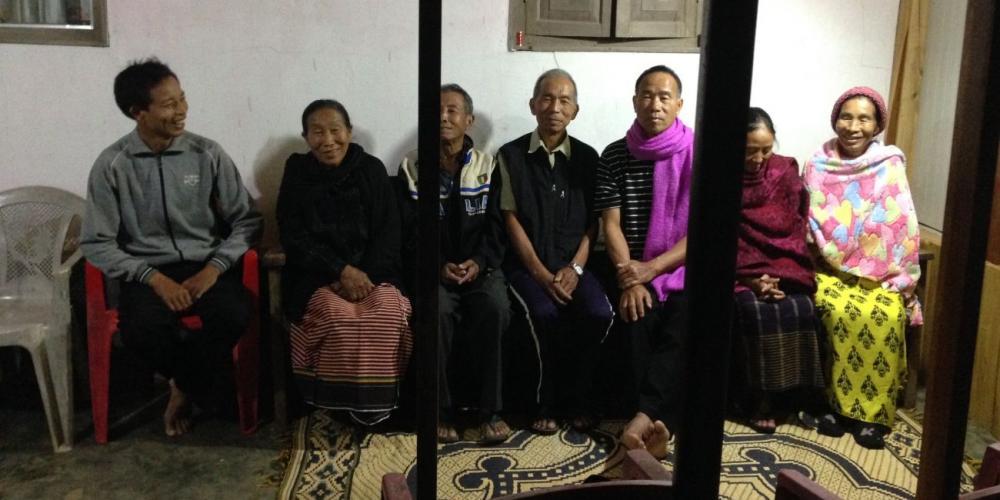 How a Village Accepted Adventists

“Maybe God answered the prayers of the Adventists.”

To Sabbath School teachers: This story is for Sabbath, Aug. 26. Click here for photos to share while telling the mission story. (Pending)

Last week we learned about a small village in northeastern India that tried to force six Seventh-day Adventist families to leave. The villagers made death threats and vandalized the small Adventist church building. They got the police to arrest the Adventists briefly. After the believers’ release from prison, the local authorities demanded that the villagers leave the Adventists alone. But that wasn’t the end of the story.

Tensions continued for months after the arrest of the three Adventist men. It peaked when a well-respected villager joined the Adventist Church.

The other villagers worried that this man’s decision to be baptized would have a big influence on the rest of the village.

They didn’t want the Adventist Church to grow, so they falsely accused the new Adventist of practicing black magic.

Several young people climbed onto the roof of the new Adventist’s house. They shouted insults about Adventists and their faith.

Then they tore down the building and a nearby barn.

Then they went out to the man’s field and harvested the man’s crops and took his produce home.

Then something odd happened.

Some of the young people who had participated in the harassment began to die. Several succumbed to illnesses. One man’s nose started to bleed while traveling, and he died on the way back to his home.

Amunang [pronounced: ah-muh-NANG], a local church deacon who witnessed the event, said, “Those who destroyed the house and mocked the church and its members all died within a short period of time and without explanation.”

The village received notice that the military needed help moving supplies. It was customary for the military to ask villagers for help in carrying food rations and equipment.

This time, however, the military wanted help on a Saturday.

The Adventists immediately appealed to the local authorities. They explained that Saturday was the biblical seventh-day Sabbath, and they would not work.

The authorities, however, showed no sympathy.

Then without explanation, the military leadership announced that the workday had been changed from Saturday to Sunday.

The rescheduling caught the villagers by surprise.

Many began to say to one another, “Maybe God answered the prayers of the Adventists.”

Tragedy struck during the Sunday work. As the villagers carried supplies across a bridge, the bridge collapsed under their feet.

Several people were injured, but the Adventists were spared.

The villagers really began to talk then. They admitted that they had tried to make the Adventists break their Sabbath, but they had ended up working on Sunday. They started to think that God favors Adventists.

The news spread across the region, and the harassment of the Adventist believers stopped.

Local church leaders are quick to say that they do not believe God causes death or suffering. But they say that God does protect and reward those who are faithful to Him.

Today, 30 percent of the village’s 1,500 residents belong to the Adventist Church. A local church elder said he has no doubt that God blesses people who are faithful to Him.

“The church now bears a good name, and the villagers respect it,” he said. “I hope that this joy of the Lord will continue to spread and bless the community.”

This village is a little more than a two-hour drive from the city in which the Nagaland Adventist School is located. A portion of this quarter’s Thirteenth Sabbath Offering will help build a girls’ dormitory at the Adventist school so that the children who live in outlying villages can attend an Adventist school and reap the blessings God heaps on those who love Him and obey His commandments.

For photos to share while you tell the mission story, visit the Facebook page for the Mission quarterlies (Pending)