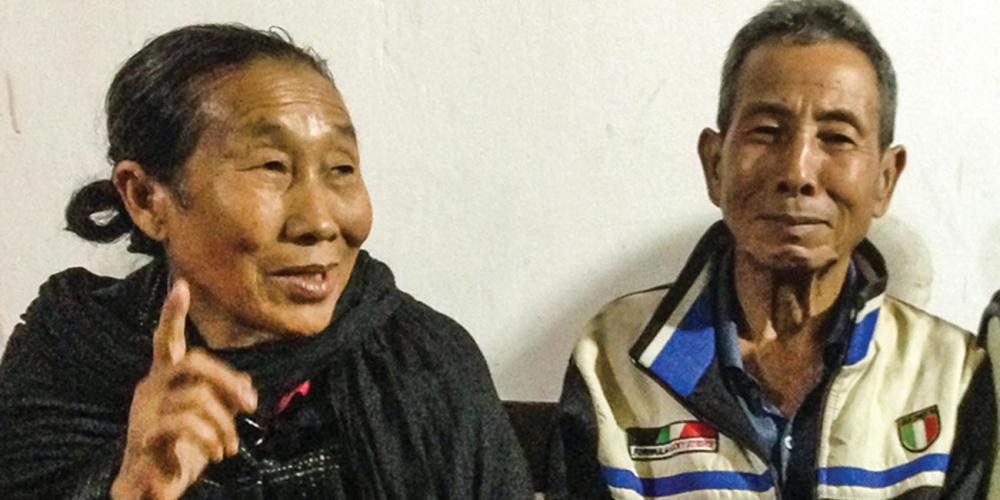 Shunned for the Sabbath

To Sabbath School teachers: This story is for Sabbath, Aug. 19. Click here for photos to share while telling the mission story.

As a result, 30 percent of the residents of their small village are now members of the Adventist Church.

The story began when the six Sabbath-keeping families moved to the village to escape an insurgency crisis in their native region in 1966.

For the first four years, life in the new village was normal. Then the adults in the families decided to officially join the Adventist Church through baptism. Almost immediately, the other villagers began to cause problems. They told the new Adventists to recant their faith or leave.

Most of the villagers belonged to another Christian faith, and they wanted nothing to do with Adventists. They threatened the believers, broke into the little thatched-roof hut that was the Adventist church building, and built a traditional stove of three stones in the center of the hut, saying that it should be a house for living in, not a church.

Several villagers made death threats against the Adventists, but the little group remained faithful to their beliefs. When nothing worked, the villagers convinced a local government official to sign an edict that the Adventists had to give up their faith or leave.

The next Sabbath several police officers stood waiting for the Adventists at their homes after church. The police told the three adult men in the group that they were under arrest.

The women were afraid, and the children began to cry. One of the adult men, Pan, told the police, “We have not committed any crime deserving arrest. If you want to kill us on religious grounds, we are ready to give our lives.”

“We don’t want to kill you,” one police officer said. “But since the villagers do not want you here, we are taking you away.”

The police handcuffed Pan to his friend Amunang [pronounced: ah-muh-NANG] and placed them and the third man in the open back of a police truck.

Pan’s wife felt sick to her stomach as she saw her husband being led away. But she remembered Jesus’ promise of Matthew 5:10, “Blessed are those who are persecuted for righteousness’ sake, for theirs is the kingdom of heaven” (NKJV).

The police truck drove off to the region’s main police station, more than two hours away in the city of Dimapur (pronounced: DEE-mah-poor).

Partway to the police station, Panmeichung watched in surprise as the handcuffs slid off his wrist, unshackling him from his friend.

He showed his freed hand to the police officers, who asked how he had gotten the handcuffs off.

The policeman relocked the handcuffs, and the group continued on to the police station.

The three Adventist men were led to a jail cell, where they spent the next two days.

On Monday, the police said they could go if they agreed to move to another village.

The Adventists protested, saying: “You have not given us a reason for why you arrested us without an investigation and without any charges.”

The police could not reply and finally freed the men.

Only six Adventist families moved to this village, but today 84 families are Seventh-day Adventists. That’s almost one third of the village’s 1,500 residents who now belong to the Adventist Church.

Panmeichung never found out why the handcuffs fell off his wrist. But he said the incident reminded him in his hour of trouble that God was near. He said, “It was like a miracle, a kind of a sign that showed us that God was with us.”

A portion of this quarter’s Thirteenth Sabbath Offering will help build a girls’ dormitory at the Adventist school in the same city where these faithful Adventist men were jailed for two days. The Nagaland Adventist School needs dormitories so more students from distant villages, such as the one we learned about today, can attend an Adventist school and learn to be good citizens and servants of God.