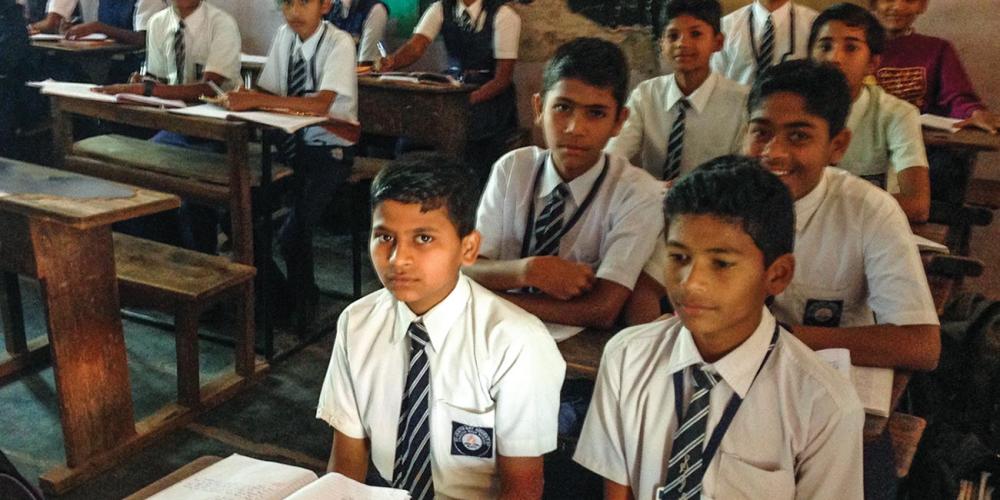 Blessed by a King

A Seventh-day Adventist school in western India was founded because of a missionary’s vision and the kindness of a king.

To Sabbath School teachers: This story is for Sabbath, July 22. Click here for photos to share while telling the mission story.

A Seventh-day Adventist school in western India was founded because of a missionary’s vision and the kindness of a king.

It hopes that this quarter’s Thirteenth Sabbath Offering will provide a much-needed classroom block for its young students.

The principal of the Alate Seventh-day Adventist School, Manohar Karnad [pronounced: MAN-oh-har KAR-nad], said the school faces the same problem today that it faced in 1960, when it closed for two decades. Its infrastructure is old.

Mr. Karnad said, “Without infrastructure, there are no students. Without students, there is no school. This vicious cycle must be broken.”

Mr. Karnad said the luxury school and other newer schools in the area make it difficult for the Adventist school to be competitive.

But he pointed out that the school has something that the other schools don’t have: a uniquely high standard of education.

He said: “Our education prepares children for a life of service, not just to work as professionals.”

The school, which has 260 students, is known for helping children whose families cannot afford tuition.

Read the full version of this story

The Adventist Church obtained the land where the school stands in 1920, when King Shahu, ruler of the local region, struck up a friendship with an American missionary named S.O. Martin.

One day the king asked the Adventist missionary, “What do you want from me?”

The missionary replied that he would like a piece of land.

The king stretched out his hand and said, “Take what you need.”

The king had one requirement: that the missionary build a medical clinic and school on the land.

A medical clinic was built on the land and operated there until 1981. The school opened in 1943 but closed in 1960. The school’s closing took a toll on Adventist work in the area.

“But,” the principal said, “God helped us to reopen the school in 1981,” and it has continued since then.

A section of the house is walled off for the girls’ dormitory.

Boys live in a dormitory on the other side of the campus.

All students are expected to work two hours a day. Some work in the vegetable garden, while others cook and wash in the cafeteria.

These work-study jobs help students learn practical skills and the value of physical labor as well as studying.

“We are not afraid of hard work,” Mr. Karnad said.

What the school really needs, he said, is the 14 new classrooms.

About 30 percent of the students are Adventist.

Another 30 percent have other Christian backgrounds, and the rest come from other religious traditions.

The principal took Adventist Mission on a tour of the campus. Standing outside his office, he said: “We are waiting for good people to take notice of God’s work going on in this area.”

Please remember the Alate school and its students in your prayers and with your Sabbath School mission offerings.