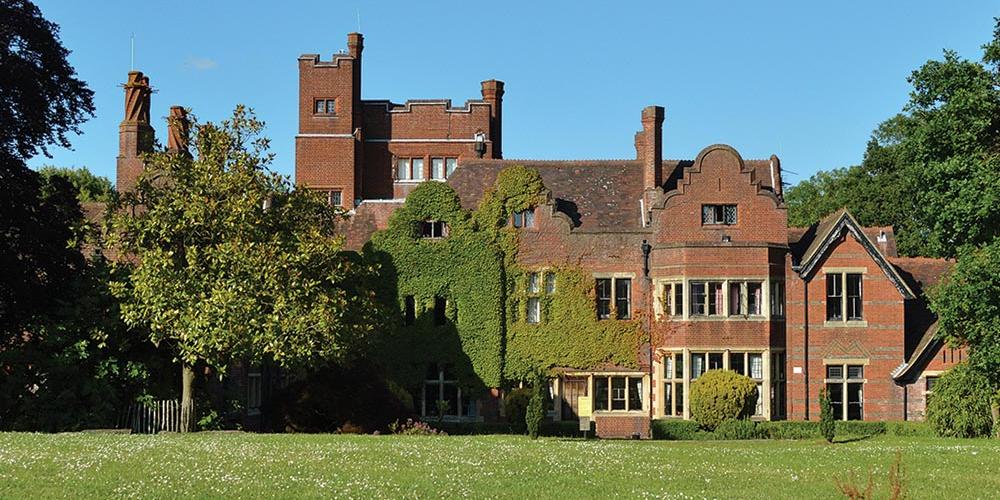 This quarter we’ve heard wonderful stories of how God is working in the lives of people across the Trans-European Division.

“Take My Life and Let It Be”
The Seventh-day Adventist Hymnal, no. 330

Closing Song
"I Gave My Life for Thee”
The Seventh-day Adventist Hymnal, no. 281

Reader 1: This quarter we’ve heard wonderful stories of how God is working in the lives of people across the Trans-European Division.

Reader 1: This quarter we’ve heard stories from people living in the four countries that will be receiving the Thirteenth Sabbath Offering: Ireland, Poland, Norway, and Croatia.

Reader 2: Let’s take a few minutes to review the stories and the opportunities that we have to make a difference in these four countries of the Trans-European Division.

Reader 1: In Dublin, Ireland, we met Theda, a woman who struggled for years with alcoholism and broken relationships, but whose mother continued to pray for her. Those prayers were answered and today Theda has a powerful outreach at the Cuisle Center—an Adventist center of influence in Dublin—where she ministers to others who are in the same situation she once was.

Reader 2: While in Ireland, we also met Tatiana—a young woman from Moldova who came along a very difficult route to Ireland where she obtained refugee status. Through a miraculous set of circumstances, Tatiana met a Seventh-day Adventist couple who answered all of her questions from the Bible. Today, Tatiana and her three children are happy to be Adventists.

Reader 1: The story of Elizabeth and her husband Mercha, also in Ireland, reminds us that God often uses a variety of methods in reaching people. For Mercha, it was a near fatal motorcycle accident. For Elizabeth, it was the love and acceptance she experienced from Mercha’s parents, along with a Bible-based evangelisitic program and follow-up Bible studies.

Reader 2: In the city of Dublin, there is only one Adventist-owned church building. As attendance has flourished, at least three different church plants have grown from this “mother church.” These new congregations are meeting in rented halls in schools, hotels, and other venues.

Reader 1: A portion of today’s Thirteenth Sabbath Offering will be used to help build a new church in the capital city of Dublin, giving these new members a permanent church home.

Reader 2: In another story we learned how God used a walk in the park in an Irish town to connect three Polish women. This meeting resulted in Bible studies, hope, and baptism.

Reader 1: You may remember the story about the “ideal” communist city of Nowa Huta in Poland, and how God has worked to reach the people there through health evangelism and the Adventist-run Hope Channel Poland.

Reader 2: In another story, we met Marian, a blind man from Poland who found the truth he was looking for through his wife—who found a piece of paper on the ground offering Bible studies. Today, Marian is a very active Sabbath School superintendent and promoter of Hope Sabbath School shown on Hope Channel.

Reader 1: For the past number of years, Hope Channel Poland has been working in a very small area at the Polish Union in Warsaw. They are in real need of a proper studio where they can produce and broadcast local programs to reach their large audience not only in Poland, but of many Polish-speaking people around the world.

Reader 2: In the beautiful capital city of Oslo, Norway, we visited the historic Bethel Seventh-day Adventist Church. Located in the city center, this historic building once housed a sanitarium, school, printing house, and church.

Reader 1: Today, the largest Adventist congregation in Norway still meets in this building and is reaching out to the Norwegian community, as well as to a diverse community of immigrants.

Reader 2: One of the immigrants we met was Moalign, from Ethiopia. As a teen, Moalign suffered severe torture and years of imprisonment for his faith. Today he lives in Norway and is a leader at the Bethel church.

Reader 1: Part of our Thirteenth Sabbath Offering today will help the Bethel Seventh-day Adventist Church to renovate their historic basement where the Adventist press began operating in 1879. As membership has grown, more space is needed for Sabbath School and seminar rooms, a fellowship hall, and place for young people.

Reader 2: In the former country of Yugoslavia, all children were required to attend school on Saturdays, but not all complied. As a first-grader, Naum told the communist officials that “God is first” in his life and that he would not be attending school on the Sabbath.

Reader 1: Later, he was among the first group of students at the newly opened Adventist school in the town of Maruševec.

Reader 2: After completing university studies, Naum returned to Maruševec where he mentored many students. Today, in the country now known as Croatia, most of the student body cines from non-Adventist and even atheistic backgrounds. Naum sees Maruševec as even more of a mission field than before.

Reader 1: He says that, “The exceptional possibility to witness for the truth is here. How could you ever, anywhere in the world, put together 200 non-Adventists who are learning about God every evening, every Sabbath, every day?”

Reader 2: Currently, the school at Maruševec is in desperate need of classroom and dormitory space. Part of this quarter’s Thirteenth Sabbath Offering will help to build a men’s dormitory, which will not only provide more housing, but will free up classroom space currently being used to house male students.

Reader 1: Thank you for your generous gift today through the Thirteenth Sabbath Offering. Your will help with urgent needs in Croatia, Norway, Poland and Ireland, and may well make an eternal difference in the lives of many.