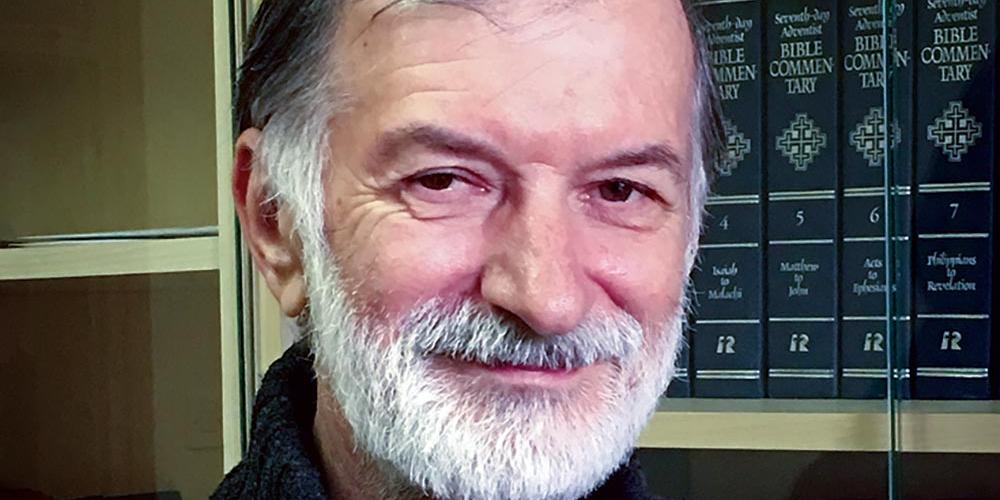 In speaking with the government officials, Naum said, “You know I’m an Adventist. I’ll go to church every Sabbath. Why are you inviting me for this position?”

Naum (pronounced NOW-oom) had to stand up for his faith at the tender age of seven. In Yugoslavia, school was obligatory every Saturday. Although young, Naum determined to not attend school on Sabbath. After missing two Saturdays in a row, the first grader was confronted by a special commission set up to interrogate him.

Coming to his classroom, the group of five officials dismissed all of the class except for Naum. Standing alone, the seven-year-old bravely faced the school director, two teachers, and two uniformed police officers—one of whom was the regional director of the secret police.

“Why aren’t you attending school on Saturday?” the interrogator began.

“Because I believe in God, and according to the fourth commandment of His law, I’m not to be in school on His Sabbath. This is why I’ll be in church every Sabbath, not in school,” Naum replied.

“You’ll be expelled from school, and will have no further opportunities to receive an education!” the man glared.

Naum’s response came quickly. “I’ll be in church anyway, because God is first in my life.”

“So what do you do at your church?” the interrogator continued.

“We read the Bible, sing songs, and pray.”

“Sing us a song!” the group demanded.

So Naum sang a hymn and prayed a simple prayer, thanking the Lord for opportunities given, for health, for the government, and to direct the commission properly and honestly.

Following his prayer, Naum was asked if his father had told him not to go to school.

If the answer had been “yes,” his father would have gone immediately to prison. Knowing his son could be interrogated, Naum’s father had never told him not to attend school.

The commission was silent for a few moments. Then abruptly Naum was told, “You will be informed whether or not you will stay in school.”

Naum hurried home to tell his parents what had happened. Not surprised, “they knew what my decision would be,” he recalls.

No directive came from the commission, so Naum continued attending school, except on Sabbaths. Upon completing primary school, Naum wasn’t able to continue his education because of his firm decision to keep the Sabbath. So at age 15 he started working full-time with his father on their farm.

But God had other plans for Naum. He remembers well the day he learned that there would be a Seventh-day Adventist secondary school and college in his own country.

“A brother from the Yugoslavian union came to visit my church and told us about this Adventist school that was going to be opening. We were delighted!”

The school in Maruševec opened in 1969 with 45 students. “It was like a miracle to have this school!” exclaims Naum. “We were the first generation, the experimental generation. The staff read the book, Education, by Ellen G. White, and the education we received was the best!”

Since the school was not then accredited, the students had to pass all 17 subject exams given by the government at the end of every school year.

“It was a severe drill,” Naum recalls, “but at the end of the fourth year, we were scoring higher than the students from the State schools! We were considered to be the best school in what was then Yugoslavia.”

After graduating, Naum attended university in the city of Zagreb where he studied French and Latin. Upon completion, Naum had two job offers—one from the communist government, offering him a highly desired political position with many benefits; the other a teaching position at the Adventist school in Maruševec.

In speaking with the government officials, Naum said, “You know I’m an Adventist. I’ll go to church every Sabbath. Why are you inviting me for this position?”

“Because we need honest people in politics; they are rare!” came the surprising response. “We need people with principles!”

“Thank you,” Naum replied, “but I’ve accepted a job at the school in Maruševec.”

For many years Naum faithfully served the students at Maruševec, not only by teaching them French and Latin, but eternal values.

“God and salvation—these were the first things I wanted my students to learn. After that comes knowledge, and accepting the obligations in life—to take life seriously. We’re not playing at life; times are serious.”

Today, with the majority of the students coming from non-Adventist, even atheistic homes, Naum sees Maruševec as even more of a mission field.

“There’s a reason why our school should stay and develop,” he says. “The exceptional possibility to witness for the truth is here. How could you ever, anywhere in the world, put together 200 non-Adventists who are learning about God every evening, every Sabbath, every day?”

Thank you for supporting the mission outreach in Maruševec, Croatia.