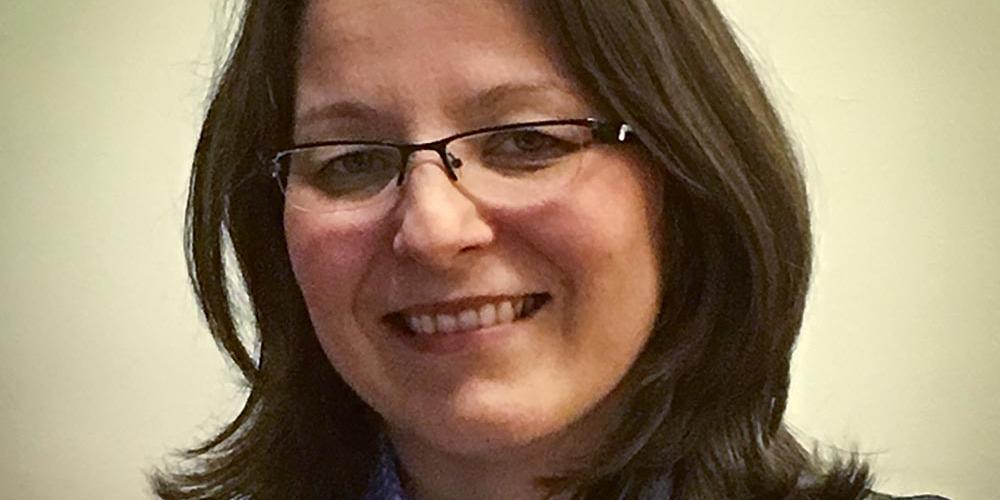 Sometimes Maja sees reflections of her young self in the girls she now serves. “They need love. They need understanding. They need encouragement. They need God. Like me,” she says.

As a young child growing up in the Eastern European country then known as Yugoslavia, Maja (pronounced MY-ya) had never heard about God. Then one day she heard her grandmother and great-grandmother talking about Jesus.

“He was just a good man,” said Maja’s grandmother.

“No,” replied the great-grandmother. “Jesus was God.”

The discussion became very important to young Maja, as she listened intently. Later, she decided that great-grandmother was right—Jesus was God.

Six years later, she turned to the one church she had heard of—the Roman Catholic church—to learn more. After studying the Church’s teachings and traditions, she was baptized into the Catholic faith.

Not long after this, while attending school in the Croatian village of Maruševec, Maja became acquainted with Seventh-day Adventists through some of her classmates who were Adventist. In addition, instructors from the nearby Adventist Secondary School came to teach English at the village school.

Later on, Maja’s parents learned more about the Adventist school when they attended an informational meeting and decided to enroll Maja in the school.

So when she was 14 Maja started attending the Adventist Secondary School in Maruševec. She soon made friends at her new school, and she soon noticed that some things were done differently at the Adventist school.

“I didn’t read the Bible in the Catholic church,” she remembers. “Just during the service—portions from the Epistles and the Psalms.

“But here [at the Adventist school], someone gave me a Bible and I started reading it. And I started singing in a group at the church at the beginning of the Sabbath. I met this group the first time I came for the service here and I saw how to start the Sabbath day. It was very important for me.

Maja began studying her Bible in earnest, looking up all of the cross-references on points she found important.

“The Psalms taught me how to pray,” she says. “The Old Testament is very important because I found that it has a lot that encourages me in my own life. And the Gospels and New Testament Epistles teach me how to live, and how to treat other people.”

She began reading the Sabbath School lessons. She joined a prayer group. And after a while, Maja decided she wanted to become a Seventh-day Adventist.

“The Bible became my textbook for life,” she says earnestly, “and I received this here [at the Adventist school].”

When asked about her experience at the Adventist school in Maruševec, Maja sighs and says, “Oh, I don’t have words to explain. I think that God had a very big plan for me! I came here to school, and, most importantly, I met Christ.” The school is also where she met her husband, Daniel.

After graduating from Maruševec, Maja studied at a university in the city of Cakovec to became a primary school teacher and instructor in the Croatian language. Upon completing her training, she was invited to stay in Cakovec to teach. However, she also received another invitation—to return to the Adventist school in Maruševec.

“When I received the call to come back here,” recalls Maja, “I believed it was very important. I prayed to know God’s will and felt that it was a calling from God.”

That was twelve years ago, and Maja has been serving at Maruševec ever since. She lives on the campus with her husband, Daniel, and her two young sons, ages two and four, and serves as the Girls’ Dean.

Sometimes Maja sees reflections of her young self in the girls she now serves. “They need love. They need understanding. They need encouragement. They need God. Like me,” she says.

Today, the school is at maximum capacity of 230 students—most of whom are not Adventists. “There is much more interest than we currently have the capacity for,” Maja explains. “We are in need of a new building.”

Currently, the main classroom building also houses the boys’ dormitory. A part of this quarter’s Thirteenth Sabbath Offering will be used to build a new dorm for the boys, giving more space for students. In addition, it will allow the the current building to be used exclusively for classrooms.

“This school is the biggest mission project in our Union,” says Maja. “We need a lot of prayer. Every year we have students who choose to receive an Adventist education, even though they are not Adventists. We need to prepare for ministry to these students with our living, and teaching, and everything. They study the Bible here, and some choose to be baptized. Like me—twenty-three years ago.”