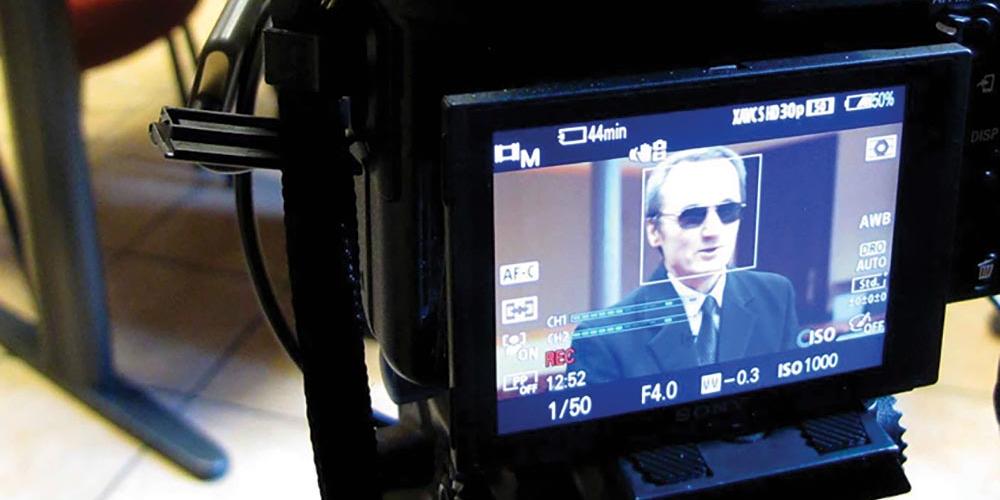 “The best things in life I owe to my grandmother,” says Marian, “because she taught me to respect the Bible, and she introduced me to God’s Ten Commandments.”

Marian wasn’t born blind, but by his first birthday his parents noticed that he was unable to see. Being farmers in a little village in east-central Poland, Marian’s parents entrusted their son to his grandmother.

“The best things in life I owe to my grandmother,” says Marian, “because she taught me to respect the Bible, and she introduced me to God’s Ten Commandments.”

When he was nine, Marian was sent to the Laski Educational Center, a boarding school just north of Warsaw. The school provides high-quality education to blind children and prepares them to live successfully in a sighted world.

After completing primary school, Marian continued at Laski— a Roman Catholic institution—for his secondary school training. It was during this time that Marian had his “first serious experience with the Bible.”

Marian had noticed that the Ten Commandments taught at Laski differed from the Decalogue his grandmother had taught him. The second commandment about graven images was missing, and the tenth commandment was broken into two. He wondered about this, but said nothing until one day after reading these verses:

“Do not think that I came to destroy the Law or the Prophets. I did not come to destroy but to fulfill. For assuredly, I say to you, till heaven and earth pass away, one jot or one tittle will by no means pass from the law till all is fulfilled. Whoever therefore breaks one of the least of these commandments, and teaches men so, shall be called least in the kingdom of heaven; but whoever does and teaches them, he shall be called great in the kingdom of heaven” (Matt. 5:17-19, NKJV).

“Why do we have two Decalogues?” Marian asked his religion professor. “Why is there such a discrepancy?”

“Because the Church has the right to give God Himself orders,” said the professor, “and it [the Church] is invested with the power to change the Law of God.”

After that exchange, Marian no longer attended religion class.

A few years after graduating from Laski, Marian married a lovely young woman named Anna. Although Catholicism is the dominant religion in Poland, Anna was interested in learning about the Protestant movement.

One day, Anna noticed a leaflet on the ground. Picking it up, she saw it was from a correspondence Bible school and decided to sign up for Bible lessons. After completing the course, Anna received a certificate, personally delivered by the pastor of the local Seventh-day Adventist Church, who invited her to attend services the following Sabbath.

She accepted and after the church service hurried home to share her experience. Excitedly, she told Marian everything and challenged him to visit the church the following week to “find out if they really study the Bible there or not.”

Because the couple had small children, Anna suggested that she would stay home while Marian went to the church. Going alone wasn’t a problem for Marian, as he was used to walking around town with his white walking stick.

Arriving at the Adventist church, Marian created quite a sensation—a blind man, arriving alone. He found it somewhat amusing to see how the members approached him— “not knowing how to speak with me, where to sit me, because they thought maybe I wouldn’t be able to walk around the church!” he recalls.

As he listened to Sabbath school and church, Marian liked what he heard. Afterward, he was invited to a member’s home for lunch. When he finally arrived home, Anna was eager to learn his thoughts.

“They really study the Bible and I think that we’ll go there more often!” Marian said. Eventually Marian and Anna were baptized.

For the last several years Marian has been serving as an elder and Sabbath School Superintendent. He takes his church work seriously and prepares each week’s lesson carefully. Hope Channel Poland has been a great asset for him.

Using assistive technology, including a screen reader, Marian is easily able to navigate the website and its resources.

“As a Sabbath School superintendent, I use the Bible study guides that are available online, and whatever I need, I incorporate into my studies,” he says.

Each week, Marian listens to the Hope Sabbath School program as he prepares material for his teachers. This interactive lesson study is produced in the English language and translated by Hope Channel Poland for online streaming and delivery through YouTube.

“I believe in Hope Channel because I know that the more ways we have to communicate with people, the better,” Marian says. “I send links with information about the programs to my friends, and I email the links to every Sabbath School teacher that I know—about 40 people in all!”

Many people need someone who will be their eyes to help them see Jesus. Hope Channel Poland aims to captivate a growing audience through translated programs. But they face a challenge with very limited space. The Hope Channel staff is praying for a TV studio with lights and cameras so that they can produce local content, contextualized for the multitudes who are hungry for light. Thank you for helping answer their prayers by giving generously to this quarter’s Thirteenth Sabbath Offering!