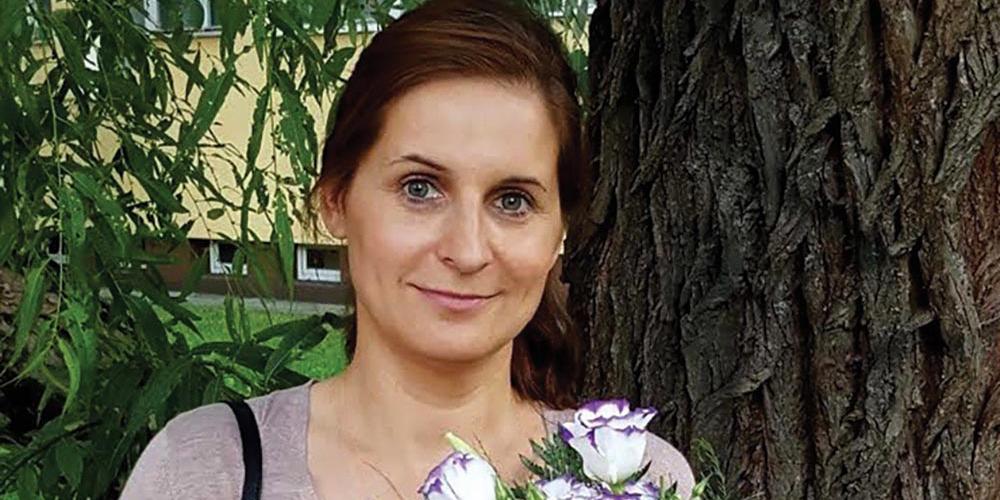 A Walk In The Park

From her earliest childhood Dorota longed to hear God’s voice. That was an unusual desire for a child growing up in the eastern European country of Poland.

From her earliest childhood Dorota longed to hear God’s voice. That was an unusual desire for a child growing up in the eastern European country of Poland.

Although she was just five years old, Dorota faithfully went with her grandfather to the Roman Catholic Church each week. But one Sunday after mass she blurted out, “Oh, Grandpa! I’m sad I don’t hear God in this church.”

Taking her into the beautiful countryside fields and meadows, her grandfather said, “Now you can open your heart and mind and speak to God openly and sincerely, and He will hear you.”

“I was very happy,” recalls Dorota, “because from that time on, I really heard God.”

After her grandfather’s death some years later, Dorota felt like “an odd element out, not fitting into the community. Many people didn’t understand my relationship with God,” she says.

As the years went by, Dorota kept close to God, praying to Him every day. She eventually married and had a son and daughter. Unfortunately, however, Dorota’s health deteriorated. She prayed fervently, but no relief seemed to be in sight.

“People said to me, ‘You pray so much. If this God existed, He wouldn’t allow you to suffer so much.’ But I persisted in my prayers,” says Dorota, “and I believed that He would help me go through this. He never left me. I always felt His presence.”

Dorota decided to travel to Northern Ireland where she had heard she might find help for her health problems. Arriving in Belfast, she learned she didn’t have the disease she had originally been diagnosed with and treated for during seventeen years. Before long, Dorota was feeling better and decided to settle in the small town of Carryduff, just a few miles south of Belfast.

Dorota enjoyed the park in Carryduff and sometimes went there with her now-grown daughter. One day as the two were walking and conversing in Polish, they overhead a woman speaking in Polish on her cellphone. Suddenly, all three women stopped and smiled.

Introducing themselves, the three began talking about what had brought them to Northern Ireland, where they were from in Poland, and so on. Eventually, the conversation turned to religion, and Barbara—the woman with the cellphone—shared her faith.

Explaining that she was a Seventh-day Adventist, Barbara invited the two to study the Bible with her. Dorota was delighted! In addition to the Bible studies, Barbara also introduced them to the internet broadcasts of Hope Channel Poland, including the popular Hope Sabbath School program translated into Polish.

A Lot of Emotion

Dorota was very happy and began attending the Seventh-day Adventist church regularly. “I always wanted to be baptized, and through Barbara I learned that you could be baptized as an adult [rather than as an infant].” Soon Dorota made plans to be baptized, but wanted this special service to take place in her homeland.

Traveling back to Poland for her baptism, Dorota’s one regret was that her now-grown children were unable to come with her. “I prayed fervently that my children could somehow also participate in the ceremony,” she says. “And they did! Thanks to Hope Channel Poland’s live broadcast over the internet, they were together with me. Many of my friends and family were able to watch my baptism live. They were very moved; they cried. There was a lot of emotion.”

One Hour Not Enough

Now back in Northern Ireland, Dorota says that she finds that on Sabbath “an hour at church isn’t enough.” After the church service, she invites her Polish speaking friends to her home where they “watch Hope Sabbath School and dwell on spiritual matters the whole day.”

Not forgetting her non-Adventist friends in Poland, she invites them to watch Hope Sabbath School on Hope Channel Poland, and then Skypes with them to discuss the ideas presented on the programs.

“I’m grateful to God for the illness that forced me to come to Ireland,” says Dorota. “I could really get to know God, and thanks to this I got to know Seventh-day Adventists. Now I don’t feel strange anymore with not fitting, not belonging. I feel like I’ve come home.”

Dorota is delighted that a portion of the Thirteenth Sabbath Offering will go toward the building of a new studio for Hope Channel Poland. Currently, the staff work in a very small area of the Polish Union Conference building in Warsaw.

“This is a great plan because it [a new studio] is much needed,” she says. “People do a great work here, and they need a more comfortable place and equipment to prepare professional programs.”

In the meantime, Hope Channel Poland continues to stream programs over the internet. “I’m thankful that I can watch Hope Sabbath School and other programs in my language,” says Dorota. “This is a great help to many Poles who live abroad.

“My daughter and I hope to attend camp meeting in Poland,” she continues, “but the tickets are very expensive, so I don’t know if it will be possible. But if not, Hope Channel is the option!”