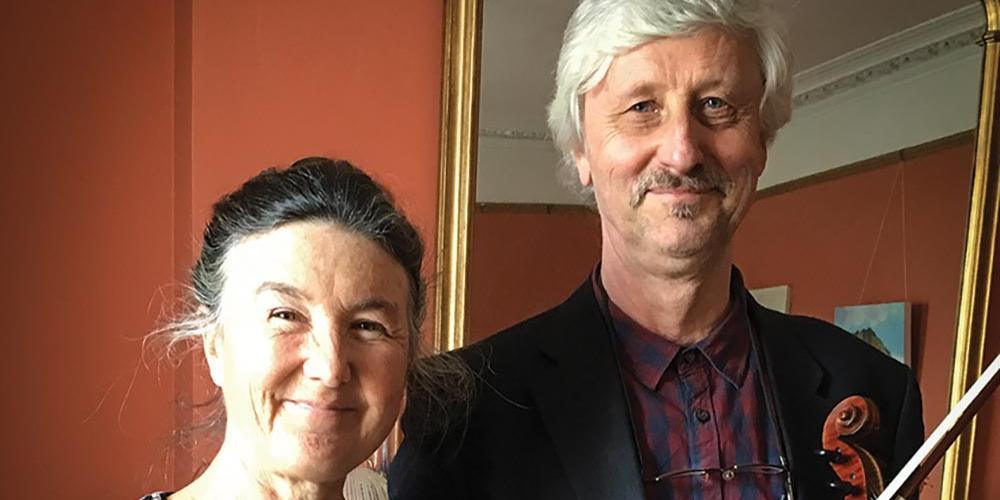 The Power of Example

Each time Elizabeth returned home after visiting her family she came home crying. “What’s the point of your going there?” Mercha asked. “These visits upset you.”

I was the first of nine girls in my family and the first to get married,” says Elizabeth. “It was a disgrace when I divorced my husband of about three months. My father didn’t understand that my new husband was abusing me. To him it looked bad to have such a renegade daughter.

“In 1980, the local orchestra in which I played flute went on a tour to the United States. We toured over 20,000 miles by bus, giving the same concert of Irish music 63 times in 71 days! It was on this tour that I met Mercha, who was new to the orchestra and who played violin.

“We moved in together and the next year the first of our three children was born. It was a magical time as I had escaped my unhappy childhood and found a wonderful relationship with Mercha.”

However, each time Elizabeth returned home after visiting her family she came home crying. “What’s the point of your going there?” Mercha asked. “These visits upset you.” Elizabeth felt ostracized by her parents, society, and the Catholic Church.

If that’s what religion makes someone do to their own child, I don’t want it, Elizabeth decided. She determined not to have anything to do with organized religion.

At the same time, however, Elizabeth couldn’t help but notice the contrast between the way her own parents treated her, and how Mercha’s parents were warm and welcoming. Even though Mercha wasn’t a practicing Adventist at the time, his parents never criticized him or Elizabeth, and they always felt accepted. At that time, Mercha’s father held a leadership position in the Romanian Adventist church and was sent to various parts of Romania to sort out problems because he was an incredible diplomat.

“Sometimes Mercha’s parents would visit us and the children,” says Elizabeth. “They would quietly go about their business. I could see that they had another way of doing things. His dad often explained things to me from the Bible, and I’ll admit that it was way over my head. I couldn’t help but wonder if the day one kept really made a difference as long as you loved God. In theory, the Catholics also had a Sabbath on Sunday, but after going to mass they would watch sports and maybe go to the pub. Mercha’s parents didn’t even go shopping on Saturday, but I could see there was a lovely gentle rhythm: six days and then a rest day. “

About this time Mercha starting thinking more about the Sabbath. He was working with the orchestra and knew that he couldn’t just claim to be an Adventist and continue working on Sabbath. Then he had a bad accident on his motorcycle.

“I had my violin on my back like a backpack. A car came from behind when I was stopped at a traffic light. The car went straight through the light without stopping and catapulted me about 20 feet in the air. I had a big bike and I think that was a saving grace. The violin acted as a shield along my back and kept my back and neck from snapping. The violin was sacrificed but God saved me.”

Elizabeth was supposed to be on the back of the bike that night, but her sister came to visit and they decided to visit their mom instead. Mercha had broken ribs and many fractures and nearly lost his leg.

“For me it was a wake-up call,” he says, realizing that he could have been dead or living as a vegetable. In 2007 he was baptized. Elizabeth wasn’t ready to be baptized, but told him that his decision was between him and God.

At the same time, Elizabeth knew that if she ever turned to religion again she would turn to Mercha’s parents’ religion because it made sense. Things started falling into place for her. The negative language of the Catholic Church and the huge idea of guilt all seemed upside down to her.

In 2014, Pastor Mark Finley and Dr. Michael Hasel came to Ireland to conduct seminars on Amazing Discoveries and Biblical Archeology. Mercha invited Elizabeth to attend with him.

“I thought the lectures were brilliant,” says Elizabeth. “I enjoyed them very much and went every night.” She was amazed that she had never heard these truths before, and wanted to continue to learn more. At last she made her decision and was baptized in February, 2016.

While realizing that her conversion was a process, Elizabeth says, “The best promotion you can make is by example. Mercha’s parents gave the biggest example to me—the example of how they lived their lives.”