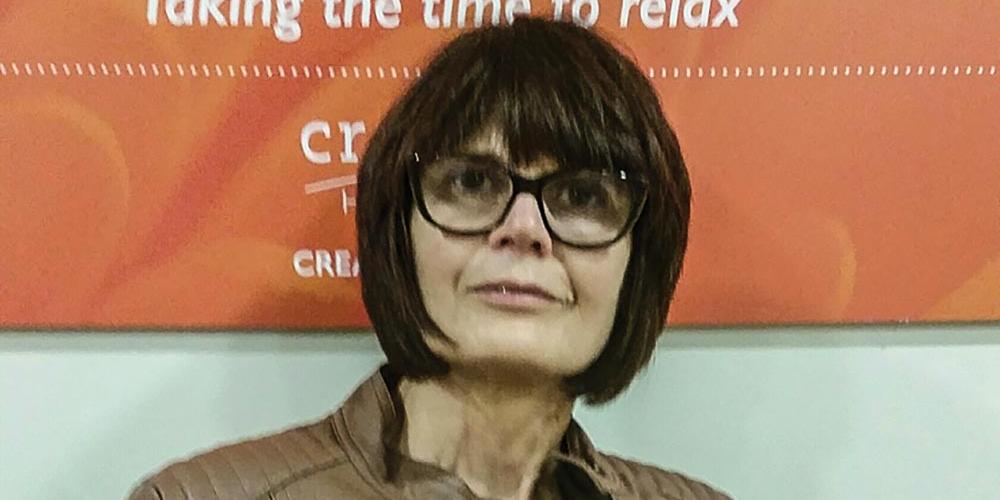 "Gold In Their Hearts"

People come in because they’re tired of walking around all day with themselves. But here they find someone who cares about them and is willing to help.

In this first person account, Theda (pronounced TH-EE-da), shares how God answered the prayers of her mother and lifted her up to reach others for Him.

I come from a broken family, and although my mother was a Bible worker, I was out of the church for a long time. At the age of 18 I left home, and went with any man who showed me attention, going through one relationship after another. I became an alcoholic and couldn’t go a day without alcohol. In spite of this, I become a nurse and kept my job. For more than a decade, my mother was praying for me, pleading earnestly for my soul.

When I turned 30, I was brought to my knees by a very bad incident, and that’s when the Lord revealed Himself to me. I’m an avid reader, and my mother had given me a lot of books by Ellen White, which I had never gotten rid of.

Being in a very bad spot, I turned to these books. Scanning the shelf, my eye caught the title, The Truth About Angels. Taking the book, I opened it and read:

“We know not what results a day, an hour, or a moment may determine, and never should we begin the day without committing our ways to our heavenly Father. His angels are appointed to watch over us, and if we put ourselves under their guardianship, then in every time of danger they will be at our right hand” (p. 14).

One evening as I sat on the floor by my bed, I was upset. There was a chord in me that didn’t agree with drinking, and I wondered how I would ever be able to stop. Then suddenly the answer was there. Experiencing an unbelievable strength of purpose, I got up and poured all my wine down the toilet. I removed people from my life who were a bad influence, moved to another city and returned to church.

But then I started drinking again. Soon, however, the Lord drew me back. Determined to quit drinking, I told the pastor, “If I don’t do this now, I never will.”

I took seven nights off from work, and locked my front door. Every hour during the first three days I went on my knees, pleading for God’s help. I went on fresh juice, water, and fruit. I ate nuts and seeds. My body cleaned out from drinking alcohol for so long. It was slow going, but when an evangelist from the U.S. came to Ireland, I attended the meetings and was baptized.

My interest in health outreach grew, and I became involved in the Cuisle (pronounced COOSH-le) Centre, a new center of influence operated by the Adventist Church on the south side of Dublin. (Learn more at www.cuislecentre.ie.) I volunteer at the center on Tuesdays and Thursdays.

One morning I decided to take some soup to the center. After arriving, I saw a man coming up on a bicycle. His hair was messed up, and he looked forlorn.

“Would you like me to take your blood pressure? How can I help you?”

“I wouldn’t mind a bite to eat,” he replied. I was so glad that I had brought some soup. I warmed up the soup and sat down to speak with him. There was something about this guy—it was like God had come through the door. He was so gentle and sweet—it really struck me.

He had skin cancer by his eye, and was in pain. I changed his dressing for him. Then I took him into the church and prayed with him. He didn’t know how to kneel for prayer. He told me, “I’ve got so many things inside of me. I was abused by a religious leader. I wanted to tell the cops . . .”

We prayed and prayed. During the next six months he came to every prayer meeting, and every Sabbath he came to church. One day I took him home. His place was very clean. I walked inside, and all around were pictures of Jesus. He said, “I speak to Him all day long.”

Then he told me about that first day he came to the Cuisle Center.

He wanted to stop smoking, so we put him on the stop smoking plan. He was so grateful. But then he started smoking again and was too embarrassed to come back to church. I went to see him and told him that we missed him. We’ll help you, I assured him. He said that he missed us, too. He came back.

Some people—God just put gold in their hearts. I love community people. It’s so important for us to be here. People come in because they’re tired of walking around all day with themselves. But here they find someone who cares about them and is willing to help.