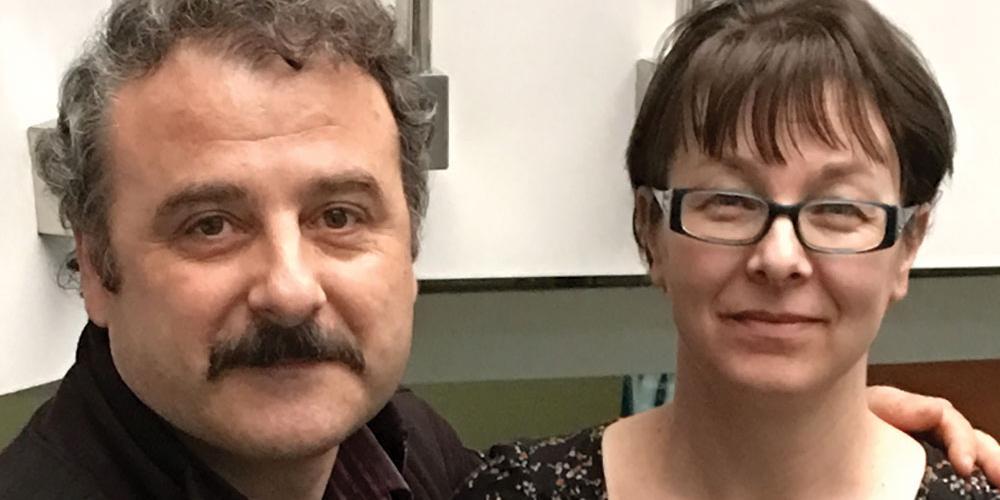 The project began with a simple challenge — “Give God one hour a day.”

The project began with a simple challenge — “Give God one hour a day.” This was a promise that Pastor Daniel Chirileanu took seriously. While serving as a conference youth director, he and other youth leaders were challenged by the Romanian Union youth director to write on a piece of paper what they would do for God that year.

What better way than to spend an hour with God planning on how to reach and nurture young people? Pastor Daniel decided.

“That was the most productive year for me,” he said. “I promised God one hour a day and I had to do it. The hour I chose was from 11 p.m. to midnight because I knew I would be free then.”

During that hour, Pastor Daniel sometimes brainstormed about the needs of young people and listed things that came to mind. When no ideas came, he often spent the hour in prayer, or reading in that subject area.

Then one night a particularly interesting idea struck. “What if we could involve our highly educated members—the intellectuals in our church—with reaching out to young people (many of whom are secular) in an academic setting? What if we could offer a successful lifestyle program for students at public schools?”

As he thought more about it, the idea took shape with three main goals. The project would:

2. Develop relationships with teachers and others in academic settings.

3. Encourage children who participate in the program to join activities such as Pathfinders and other Adventist youth ministry programs.

Before approaching the schools with his idea, Pastor Daniel encouraged the Adventists in his conference to be involved with many types of public outreach activities, such as anti-smoking rallies and other health education initiatives.

“And when the schools saw that we were interested in this area, and not just interested, but that we also have excellent educational materials, they asked us to help them,” said Pastor Daniel.

It was the open door for which he had been searching and praying. Meeting with school principals and teachers, Pastor Daniel listened to their needs and concerns. As the country of Romania has six separate regions, all being different culturally, economically, and socially, the group wanted to design a package that would fit the needs of their region.

So with the assistance of the teachers, Pastor Daniel did a survey among the students and found that in the cities the greatest need was in combating addictions and in more rural areas it was in teaching children how to behave in society—moral and behavioral issues. Another need that became clear was to help young people in career guidance. One more need that was clear at all age levels was learning how to live healthfully.

Based on this information, Pastor Daniel was able to put together an age-appropriate education program based on the children’s and young people’s interests and specific needs of the region.

The school administrators and teachers were delighted. The program, called “Live to a 10+ Level” would be offered as an extra-curricular activity and would feature diverse themes and seminars for every grade level and age. Some of the areas included would be health and nutrition, dealing with addictions, personal development and good manners, social relationships and problems specific to the teen years, personal finance, the impact of technology and how to use the internet responsibly, and more.

“The only condition they imposed was that we don’t present religious seminars in the schools,” said Pastor Daniel. “But we can invite the students and teachers to come to our Adventist youth camp for a special program where we have devotionals, pray, sing religious songs, and do other activities together.” The one-week camp has proven to be a success with 80 to 130 students attending each year. Teachers are invited to attend the camp along with their students, and they become part of the supervising team. At times, school principals also attend.