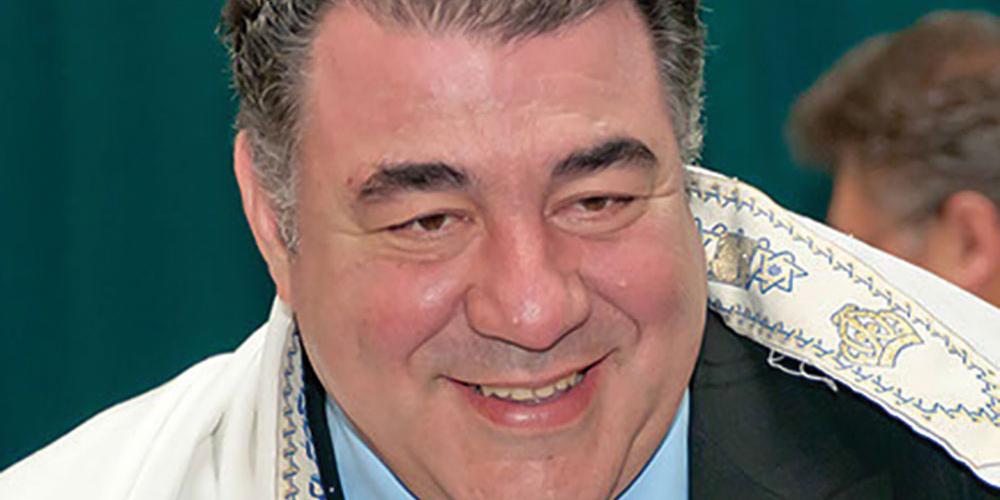 I went to Manuel’s funeral and listened to the pastor’s sermon. After the service I made an appointment to meet with the pastor. When we met I told him that I wanted to know more about the Seventh-day Adventist religion, and asked if he could give me Bible studies. He was happy to do this, and Lilliane and I studied together with him.

Because I was getting more serious with Lilliane, I wanted my parents to know about our relationship. They were not at all happy because they wanted me to marry a Jewish girl. They told me, “Don’t go with her. You’re young—there are plenty of other girls.” But they couldn’t dissuade me from going with Lilliane.

Then my father had another idea. “Why don’t you go to Canada? I’ll pay for you to go there and study.” Eight of his sisters had immigrated to Canada.

At first, I wasn’t convinced. But then one day when I wasn’t happy—and I don’t know why—I went to my father’s shop and told him, “OK. I’ll go to Canada. Give me the money.” Without saying a word to Lilliane, I bought the ticket and left.

Later I heard that she cried and her parents tried to comfort her. She somehow got the address of my aunt of where I was staying in Canada, and she wrote me a letter. I had been there just three weeks, but when I received this letter, my heart was moved. I bought another ticket and returned to France.

My father wasn’t happy. He tried everything to dissuade us, but when he saw how serious it was, he invited Lilliane to our home and tried to convince her to convert to Judaism. But then he discovered that it was me who was being progressively converted to Adventism.

He told me, “Your ancestors lost everything in so many countries because they refused to be converted, and suddenly you’re going to be converted? If you do that, you’ll become a persecutor of the Jewish people just like all the Christians.”

Then my father spoke with the rabbis—a lot of rabbis. They decided that these rabbis would come to our home to try to convince me not to become a Christian. For one month, a different rabbi came to our home every evening.

“Jesus wasn’t a good guy,” they told me. “He’s a legend, a false prophet.’’ They would tell me all kinds of arguments. But when my father saw that nothing could change my mind, he decided to throw me out of his home.

“You are no longer my son,” he said. And then he mourned for me as if I had died.

“I Can’t Change My Mind”

I went to live in the home of the Adventist pastor, and was working as an accountant at the E’cole Hotel. Two weeks after my father had thrown me out of the house, my parents came to see me at work. My father pled with me to change my mind about becoming a Christian and come back home.

“Please don’t do this,” he begged.

After the discussion they left, and I didn’t see my father again for ten years. My mother was a more understanding person, but my father forbade her from seeing me. He threatened to divorce her if she came to see me. But she had her own clothing business in the marketplace, so sometimes I was able to see her there.

A year after we started Bible studies, Lilliane and I were baptized and married. We were married in a civil marriage on Friday. On Sabbath we were baptized, and on Sunday we had a religious ceremony at the Adventist Church. On Monday we went to Israel.

We stayed in Israel three weeks. While there I discovered that there were only 50 Adventist members in the country. The pastor told us, “We can’t do any evangelization among the Jews.” But this pastor wasn’t a Jew and I knew it wasn’t true because I was a Jew.

When I saw this situation, I cried. As Lilliane tried to comfort me, I told her, “One day, I will be a pastor here.” I don’t know why I said that, because at that time I hadn’t yet decided to be a pastor, but from the moment I said it, I had the strong feeling that God was calling me to be a pastor—and specifically among the Jews.

Richard Elofer studied at the Adventist university in Collonges and became a pastor. He served in Israel for many years before returning to Paris to work with the Jewish population and establish a Jewish-Adventist Friendship Center there. Part of the Thirteenth Sabbath Offering this quarter will be used to help purchase property for this new center. Thank you for your generous support.