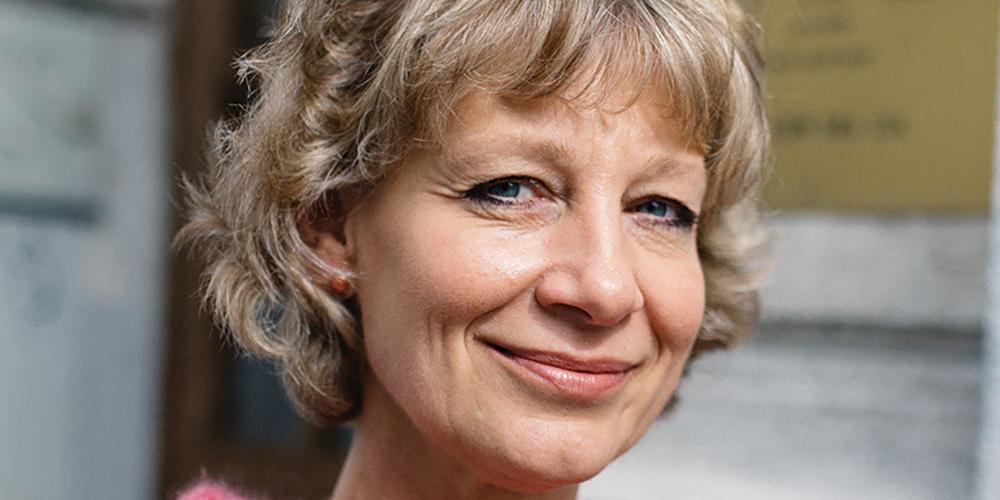 We used to be only a small group of people in a big room, but now the room is overcrowded! I can only say thanks to the Lord—I never dreamed it would grow like this!”

It all began with handwritten notes. Writing as fast as she could, Monika provided a quick but quiet English translation as her father, the church’s head elder, preached in German. The five Filipina nurses surrounding the young woman were grateful for Monika’s efforts.

Due to a national shortage of hospital and clinic staff in the 1970s and 1980s, the Philippine and Austrian governments agreed to send health workers to the country. Through this program, many Filipino nurses came to work in Austria.

Marietta was part of a group of nurses assigned to work in Vienna. Before she left the Philippines, her father assured her that “there must be Adventists in Vienna.” So on Sabbath morning, she and another Adventist nurse from the same group, got dressed for church, and started walking around the city looking for a Seventh-day Adventist church.

Searching for a Church

“We found a church, but nobody was inside,” recalled Marietta. “Each Sabbath we searched. We were so sad that we didn’t see anyone who looked like an Adventist.”

They searched for a year with no success. Disappointed, Marietta wrote to her father, “We don’t see any Adventist church here!”

As these were the days before the internet, Marietta’s father wrote to the mission office in the Philippines, who then sent her the address of the Austrian Union office in Vienna. Delighted, Marietta and her friend attended an Adventist church the next Sabbath, where they were warmly welcomed.

After a few months, the nurses were introduced to Monika and her parents and so began attending their church, where Monika provided written translation for them. As time went by, more Filipinos arrived in Vienna, along with more English-speaking people from other Asian and African countries. Most of these foreigners had come to Austria to work or study and were looking for a church home.

The English-speaking Sabbath school class at the Vienna church grew rapidly and soon Monika’s much-appreciated hand-written sermon translations were no longer adequate for the many people needing language assistance.

The International Seventh-day Adventist Church in Vienna, Austria, was officially established in the fourth quarter, 1987, with 19 members. Just a few months later, official membership had jumped to 40, with many more guests attending each week. The church became known as a place of warmth, friendship, spiritual growth and fellowship for the many people coming and going in Vienna.

Today, with its 153 members and nearly as many weekly visitors, the church has outgrown its original facilities. Each Sabbath the worship hall is packed tight with people from around the world, singing and praising the Lord together. Following Sabbath School and worship services, a fellowship dinner is provided each week and is a big draw—particularly for the many students attending various schools and universities in Vienna.

“Most of the foreigners who come here felt homeless when they first arrived [in Vienna],” says the church’s pastor, Felix Metonou. “Even if they don’t have a Christian background, they are happy to come to a place where at least they can understand the language, someone is loving, and they can get food. They feel the warmth of the people here; they feel comfortable.”

Some Adventists who may have been regularly worshipping in their home countries can become discouraged when they arrive in a new country and they miss their families and spiritual brothers and sisters back home. “I would dare to say,” adds Pastor Felix, “that we are able to keep some people [Adventists] in the Church because of this church.”

Foreigners no longer need to walk the streets of Vienna in order to find a Seventh-day Adventist church where they can worship. “Since I put up the webpage for the church more than seven years ago,” says Pastor Felix, “not a week has gone by that I am not receiving contacts over the internet.”

Recently, Monika came back to visit her “mother church” and was delighted with what she found. Reflecting on her first visit in more than 30 years, she said, “What was the most overwhelming thing was when we sang ‘How Great Thou Art.’ We used to be only a small group of people in a big room, but now the room is overcrowded! I can only say thanks to the Lord—I never dreamed it would grow like this!”