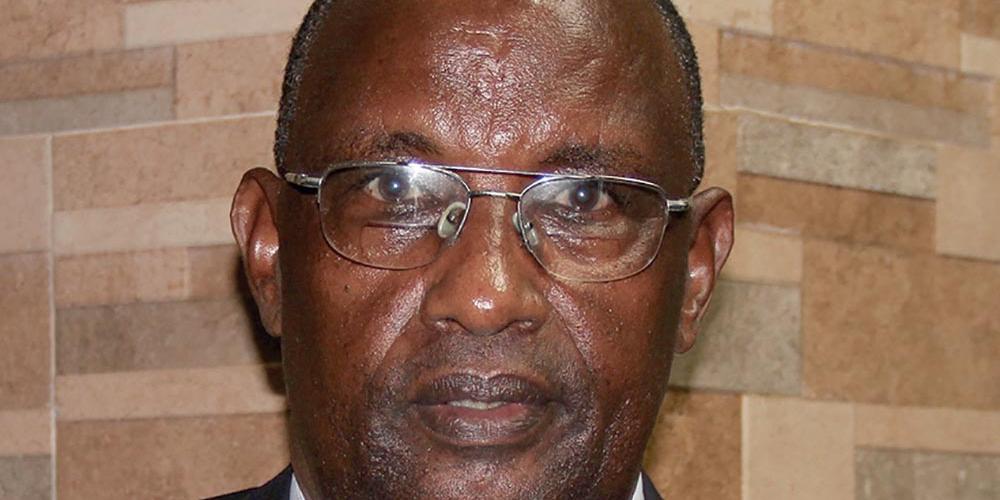 On April 6, 1994, the night the president of Rwanda was shot down in his plane, and the genocide began.

If anyone has a reason to look forward to the Second Coming of Jesus it is Pastor Isaac Ndwaniye. Pastor Isaac lost his entire family—his wife and nine children, his father and mother, three sisters, a brother and a brother-in-law—all killed during the Rwandan genocide. And yet, he doesn’t seek revenge. Instead, Pastor Isaac exemplifies forgiveness and passionately preaches about the Second Coming because, he says, “I can hardly wait to see my family again!”

In this two-part story, Pastor Isaac tells the story of the dark days of the genocide and its aftermath.

We had a very big problem. Rwandans had lived together peacefully, but in 1994 I was surprised to see our neighbors turning on us and killing us. That’s when I began to understand that the devil is really alive.

At the time, I was director of the publishing department of what was then known as the South Rwanda Field. The office, church, school, workers’ homes and Mugonero Hospital were all located on the same mission compound in an area of the country known as Kibuye.

On April 6, 1994, I was attending publishing meetings at the Rwanda Union Mission office in Kigali. That night the president of Rwanda was shot down in his plane, and the genocide began. The next day, an employee at the Mugonero hospital called, saying that my 14-year-old son, Paul, had been killed and that my wife and children had fled to the church for protection.

On Sabbath, April 16, the killers came—brought onto the compound by the mission president himself, and his son, a physician who was the hospital’s medical director.

What made me very sad, was that the pastors who were inside the church with my wife and children wrote a letter to the mission president, telling him “We know they’re coming to kill us. Please help us get a boat to the lake and go to the Congo so we can be rescued.” The letter was taken by a soldier who was protecting them in the church, because they couldn’t come out.

Sadly, the president responded that not even God could help them now.

People came from all over the country to kill them. Not all of the killers were Adventist, but some were. They came with grenades, machetes, knives—anything that could kill a human being.

Those who were to be killed were in the church worshipping. A pastor was preaching. The killers first shot and killed him, then they started killing the others in the church. My wife and children ran to the president’s house for help, but he turned them away. Others ran toward the hospital, trying to escape, but were caught by people who were waiting for them with machetes. The killing inside the compound continued for several days. Day and night the killers kept looking for those who might have escaped. They even brought dogs to look for them in the bush.

Something that gives me strength now is knowing how my family and the other pastors and families in the church spent their last few days—they were studying the Bible. It was a time when those who were in the church asked forgiveness from each other, and it was a time of prayer. That gives me strength to continue living because I know one day I will see them again. I don’t accuse God of anything. I know they are sleeping and one day they will wake up. And so I have faith that my family, and my fellow pastors—that I’ll receive them again. Because of that I live for Him.

In A Refugee Camp

Because of all the killings, I wasn’t able to return home. From Kigali I, along with others who were targeted to be killed, were rescued by rebel soldiers and taken to a refugee camp in a northern province where we would be safe.

When I got there, God was with me and He helped me so much. One Friday evening I was walking around the city near the refugee camp and saw an abandoned Catholic church. I asked someone if there would be any problem if we prayed and held services in the church. No problem, they said. So I went back to the camp and invited people to come to the church on Sabbath.

I was the only pastor in the camp, and I didn’t have time to think about sad things. I learned that when you’re busy doing something that is right, it makes you forget bad things that have happened to you. That’s when God strengthened me.