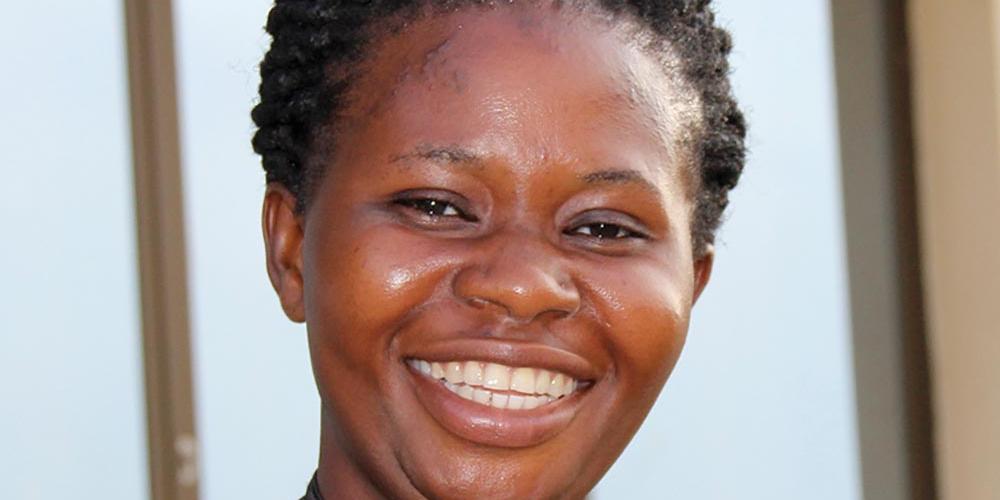 "The Center of My Day"

“Now I can’t start the day without reading the Bible.”

Check out the Facebook page for 94 Salvation FM Juba at http://bit.ly/salvationradiojub.

I wasn’t a bad person,” explains Maureen Edward from Juba. “I just didn’t read the Bible except at Christmas time.” But after finding “94.0 Salvation FM,” she says, “Now I can’t start the day without reading the Bible.”

She first found music on the station which began broadcasting in 2012. Then she heard a program called “Radio Hope.” “Radio Hope what?” she wondered. On another day she started listening to a program called “The Word of God.” Impressed, she called the Adventist-owned radio station and talked to the producer. She asked how she could learn more about God and how she could share what she was learning.

“I kept listening to 94.0 and it became the center of my day,” she said. “Hope Sabbath School” and “The Word of Today” are two of the programs that Maureen especially appreciates.

One day the radio station’s producer called Maureen and invited her to come to the studio to celebrate the station’s anniversary. Once at the small studio housed in a shipping container, Maureen felt right at home since she was already familiar with the radio voices that she listened to every day. It was easy to be open and converse with them.

Soon the radio station announcer and producer invited Maureen to come and worship with them at the Juba Central Seventh-day Adventist Church on the next Sabbath.

“Worship on Saturday?” Maureen questioned to herself. “That didn’t sound good to me as I had always worshiped on Sunday.”

She made excuses not to come and in response the station personnel said they would pray for her. Nevertheless, Maureen couldn’t shake the fact that these people really cared. Finally, touched with their kindness, she decided to give it a try.

“Everybody was happy, enjoying the Sabbath” she remembers. Her radio friends introduced Maureen to the many other people at the church, and soon afterward she began faithfully attending “The Happiness Class,” a Bible study class especially for those seeking to understand the Bible.

Soon Maureen began going with the church members to make hospital calls and other visits, and eventually told the pastor that she wanted to become a Seventh-day Adventist. After further studies she was baptized in September, 2015. Maureen continues to serve God by being part of a prayer band and being a prayer warrior. Although formerly timid and shy, she now preaches in hospitals and prisons.

When Maureen was first asked to preach in a prison, she was frightened. She knelt down and said, “Lord, I’m the girl who is to preach at the prison next Sabbath, help me to know what to say.” Turning to her Bible she read Jeremiah 1:6, 7:

“Ah, Lord God! Behold, I cannot speak, for I am a youth.” But the Lord said to me: “Do not say, ‘I am a youth,’ for you shall go to all to whom I send you, and whatever I command you, you shall speak.”

Her fears were quelled, she focused on what she would preach about and everything went well.

Impact of the Small Radio Station

William Aruna Okumo, the producer for 94.0 Salvation FM, says that it took courage for Maureen to step forward. Her courage gave the radio staff encouragement, knowing that they are reaching people with Biblical messages. This makes the speakers dig deeper and be even more thorough in their presentations.

A government official has responded to their programs and would like to have the programming available to a wider area. Other listeners have been converted while listening to the Bible truths. Okumo says that Maureen came to them and was welcomed and now she feels as though she has a new family. They endeavor to reach out to the community with this same spirit of family.

The facilities for 94.0 Salvation FM, which is located on the Adventist Mission compound, is unique and humble. The studio is located in a shipping container with mattresses on the walls for sound absorption! The station broadcasts from 6:00 a.m. to 10:00 p.m. every day, but with their low power, the signal doesn’t even reach all of Juba. The station’s range is only 30 kilometers (18.6 miles).

These challenges don’t seem to worry Maureen or the station staff. She says, “When you love God, whatever it is you plan to do for Him, ask Him and He will give you wisdom and the answers you need.”

Check out the Facebook page for 94 Salvation FM Juba at http://bit.ly/salvationradiojub.