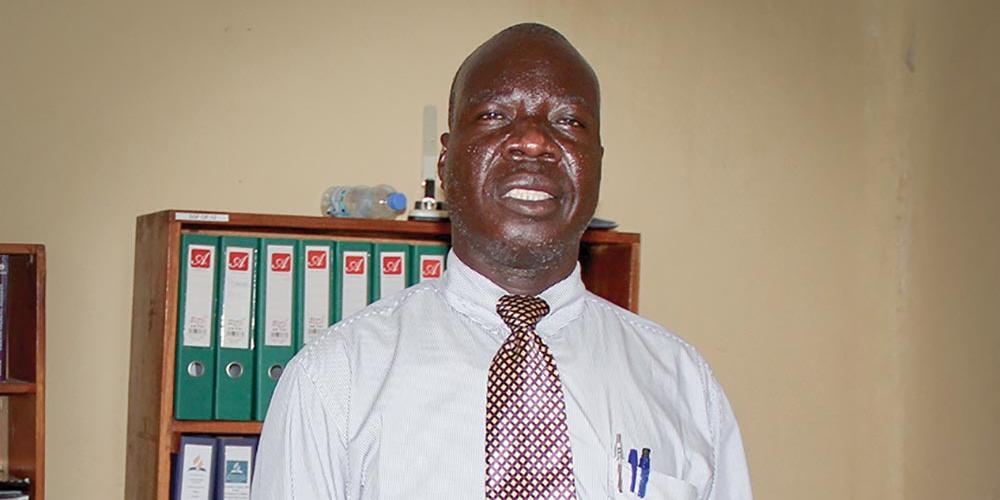 Faith in a War Zone, Part 1

In December 2013, I left Malakal to attend a Bible Conference in Rwanda organized by the East-Central Africa Division. While there, I heard that there was a problem in Juba. On December 15 during a government meeting, the Vice-president disagreed with the President. Their supporters clashed and many people were killed. Then the rebels started fighting.

On December 24 fighting started in my home city of Malakal. My family was there; they had to sleep under the bed to protect themselves from the crossfire. Rebels took half of the town. Then the government came and pushed the rebels out. There was a temporary lull in the fighting.

I arrived in Juba and wanted to get home to help my wife and three children, ages 10, 7, and 4 escape. Taking the U.N. plane from Juba to Malakal, I arrived on Sunday, Jan. 13, 2014. The city was deserted. Everyone had fled; some to the other side of the Nile. The rebels were coming to capture the city. There was no transportation except for a few government vehicles. How could I get home?

I found the mayor and he took me home to my wife and children, but there was no way we could escape. Early the next morning the rebels arrived and by 2 p.m. they had re-captured Malakal.

My wife, children and I huddled together under our bed for three days, pleading for God’s protection.

Then on Thursday afternoon, one of our church members who belongs to the same tribe as the rebels, came to check on me and my family. She told us to go to the U.N. compound, but we explained that we couldn’t go alone. We didn’t know the language of the rebel tribe. She agreed to go with us, escorting us through dangerous territory. As we left our home, I took my computer and a few clothes, and the children took a few things. Once we left, our house was looted—everything was taken.

Passing by the church’s Greater Upper Nile Field office, I saw the rebels looting it—taking equipment, smashing and destroying things, then utterly demolishing the building. I couldn’t say anything. They had guns.

That night we slept in the home of a rebel—Matthew B. Chol. Matthew had planted the Adventist church in the area, and it was his daughter who was escorting us to safety. During the night Matthew’s fellow tribesman came to his house, demanding that he bring us out so they could kill us. But Matthew protected us, telling the rebels, “Don’t kill them, he’s our pastor.”

In the morning Matthew brought a car and told us that we needed to leave for the U.N. compound immediately. As he drove us there, we saw dead bodies along the road and thanked God that He had spared our lives.