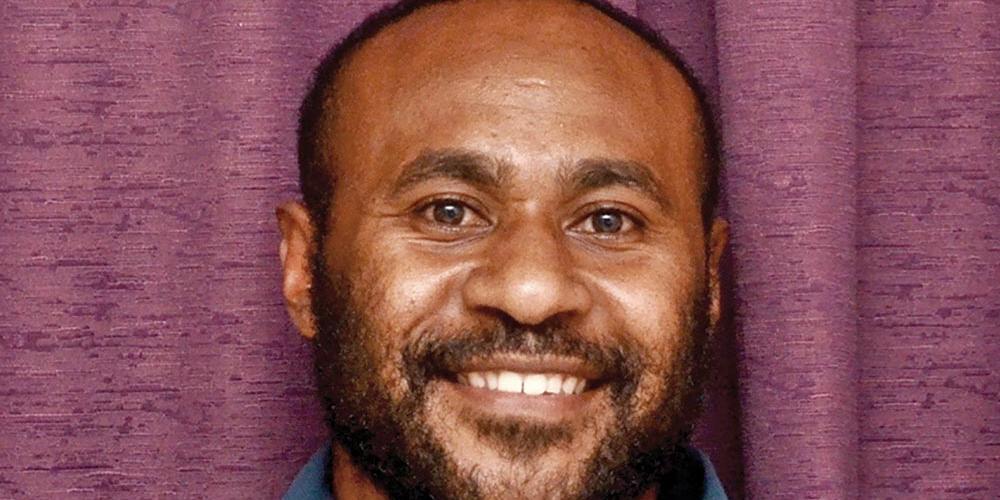 The Rest of Ben's Story

“God heard our cries. You became a church worker, and God used you to bless many people.”

Editor’s Note: In 2006, a story about Ben Pilisi was published in the Teen Mission quarterly (see last week’s story). A decade later I met Ben and learned the rest of his story.

Ben comes from the village of Bush Bata, located in the Eastern Highlands Province of Papua New Guinea. Ben’s father, hoping to see positive changes in his son, sent him to the Kabiufa Adventist Secondary School. While there, Ben gave his life to Jesus and was baptized. Now He tells the rest of his story:

After finishing high school, I was accepted into Sonoma Adventist College, where I studied accounting. After graduating in 2008, I was called to serve in the Western Highlands Mission as the accounts clerk.

While serving at the mission, I didn’t forget my home village, which is just a 45-minute drive away. I wanted to reach the villagers for Christ. I believed that if I could help the people with their physical needs, they’d be more open regarding spiritual needs. I knew that one of their greatest needs was water. Every day we had to walk a long distance to fetch water from a well and then carry it back to the village.

The water project idea started in 2011. Mobilizing the village youth, I explained that we needed to be organized so that an NGO* could assist us. I then went to the ADRA-PNG** office. They came to my village, did a feasibility study, and determined that the project could be done. It would be the largest gravity fed water supply system in the country. ADRA would implement the project, and it would be government funded— fifty percent from the Madam Governor and fifty percent coming from our Member of Parliament (MP). The director from ADRA-NZ,*** Victoria Fray—came to oversee the implementation.

Our dream eventuated in 2014, but before the project even started there were whisperings coming from the community that the project would fail because of the local topography.

The elite, educated people told me, “You need to have a big community meeting.” So we gathered in front of the respected elders. They questioned me about how the project would be implemented, and asked if the water was successfully implemented, how would it be sustained? The water source was 12.5 kilometers (7.7 miles) away and the water would have to flow down and up, like a snake. “No! It cannot work,” they proclaimed.

After answering all their questions I said, “Now listen. You think that this project is impossible. You think, ‘We know that it’s impossible for the water to reach us.’ But let me tell you that because God is gracious, you will still drink the water. As human beings, we may think it’s impossible, but with God it is possible.”

Then the hard work began. After eight and a half months of grueling labor by the ADRA-PNG team—under the leadership of Sinedou Luguna—they opened the taps on December 16, 2014. Now the people in four large villages and six sub-villages were drinking fresh, clean, water.

As the taps were turned on village by village, people were crying, “Thank you! This is what we’ve been waiting for!”

Finally, we reached my village—the last one on the line. There are five to ten houses to a tap, sometimes two to three houses, depending on their location. We have 115 taps in my village, plus ten more that villagers bought to go to their houses.

As the taps were opened and water came rushing out, everyone was in tears. The old ladies sang traditional songs and cried, “Take care of that precious thing, and let this water remain generation after generation!”

Having clean, accessible water has impacted the entire community and has opened ways for witnessing.

We’re now seeking to establish a church there. When I’m available, we gather at my house for worships; but when I’m at the mission, Joe meets with this small but growing group.

Young children are coming to Sabbath School and staying for the worship service. Even though their parents worship in the Pentecostal church, they support their children coming to Adventist meetings because of the positive changes we are making in the community.

Some of the older folk attended a series of Adventist meetings held by a local church elder in a neighboring village. He spoke our local dialect, and the message went deep into the hearts of the hearers. They’re asking, “Why didn’t we hear these messages earlier? We should have become Seventh-day Adventists when we were young!”

My father, aunts, uncles, and cousins, are all in the Pentecostal church. I pray that they will come to know and understand Bible truth, and will recognize the Seventh-day Adventist Church as God’s last-day remnant church.

My mother was once an Adventist, but she joined the Pentecostal church when she married my father. When I became an Adventist, she soon joined me. She’s proud of me and praises God about the changes in the villages. She tells me, “God heard our cries. You became a church worker, and God used you to bless many people.”

I wouldn’t be here today if it weren’t for God. God had a bigger plan, and He changed me so that I can be used to bless others.

*Non-governmental Organization. An NGO is any non-profit, voluntary group which is organized on a local, national or international level.