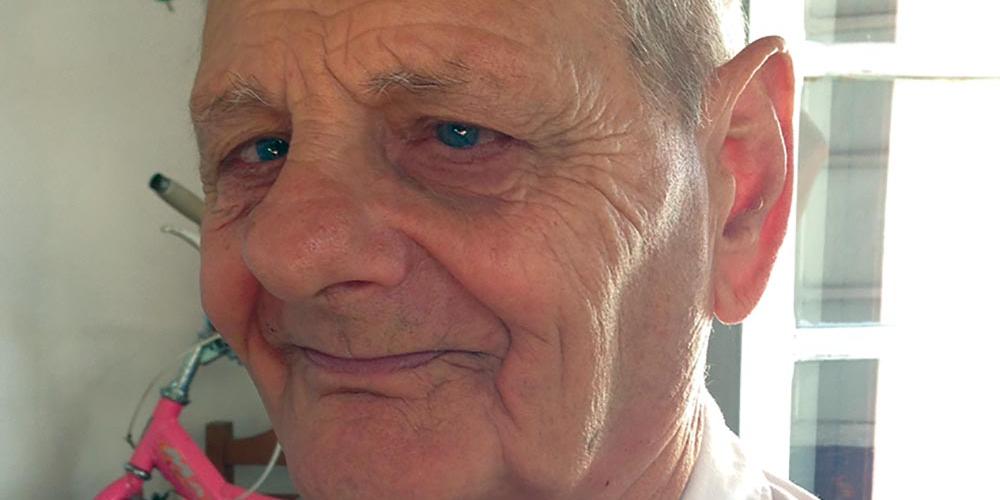 Even though his physical eyes can’t see, Francisco has come to see much more life because Jesus is in his heart.

Francisco is no stranger to sorrow. Sadness came early as he started out in life as an orphan. When he was 9 years old, he worked at the local cemetery, cleaning tombs to earn some pennies. By the time he was 12, he started working in candy stores and other small shops. As he grew older, Francisco continued working at various odd jobs, just trying to survive.

Then after three decades of mere existence, happiness entered his life. Francisco fell in love with a wonderful Christian woman, and the two married. Their joy increased when they had their first child. Sadly, the child lived just three months. The two were unable to have any more children.

Some years later Francisco was diagnosed with cancer and told that he only had only a very short time to live. If the doctors can’t do anything for me, I might as well leave the hospital and die at home, thought Francisco. But before he left, the hospital chaplain spoke encouraging words, telling Francisco that his life was in God’s hands, and that He would determine what was best. In addition, Francisco’s wife was a woman of prayer who continually prayed for her husband. As the days passed, Francisco began to feel better and stronger. When he returned to the hospital for a check-up, the doctor was astonished to see him in such good health. It was clear that a miracle had saved Francisco’s life. More than two decades later, he is still cancer-free.

Francisco and his wife enjoyed 33 wonderful years together-—until one day tragedy struck and his wife passed away. The loss was devastating to Francisco and he spiraled down into a deep depression. Why had God allowed this to happen? How could he live without her? She was all he had.

To make matters worse, Francisco’s vision rapidly declined until he was completely blind. The doctor told him that he would never see again.

Francisco lived alone in his dark, depressed state until one day a friend told him about Nuevo Tiempo, the Seventh-day Adventist radio station in Uruguay.

Francisco began listening to this station at 101.3 FM. As he heard the beautiful music, practical presentations, inspiring sermons and thoughtful devotionals, his eyes were opened in a whole new way. No longer did he feel alone. Nuevo Tiempo became his constant companion.

“I learned the gospel news from the Seventh-day Adventist Church,” Francisco said. “I learned about a healthy lifestyle, the Sabbath, the Ten Commandments-—all from listening to Nuevo Tiempo.”

Francisco contacted the radio station to request Bible studies. A Bible worker came to his home, and together they went through a series of lessons. Soon, Francisco was baptized into the Seventh-day Adventist Church. He says that even though his physical eyes can’t see, he has come to see much more life because Jesus is in his heart.

Since his baptism less than two years ago, Francisco faithfully goes to the local hospital every week to share the Bible and pray with the people there. He also gives Bible studies to people at the local institute for the blind. Because of his influence, others are now attending the Adventist Church.

Even though he is single, Francisco no longer feels alone. “The church is my family,” he says. “I feel peace and companionship there.”

The Nuevo Tiempo radio station plays a major outreach role in the secular country of Uruguay. It is well known and respected for providing outstanding programming in the areas of health and wellness, marriage and family, Biblical study and practical Christianity.

Part of the Thirteenth Sabbath Offering this quarter will help to build a new church for the church plant where Francisco is worshiping in the Goes district of Montevideo, Uruguay. Francisco and his church family thank you so much for your generous support.