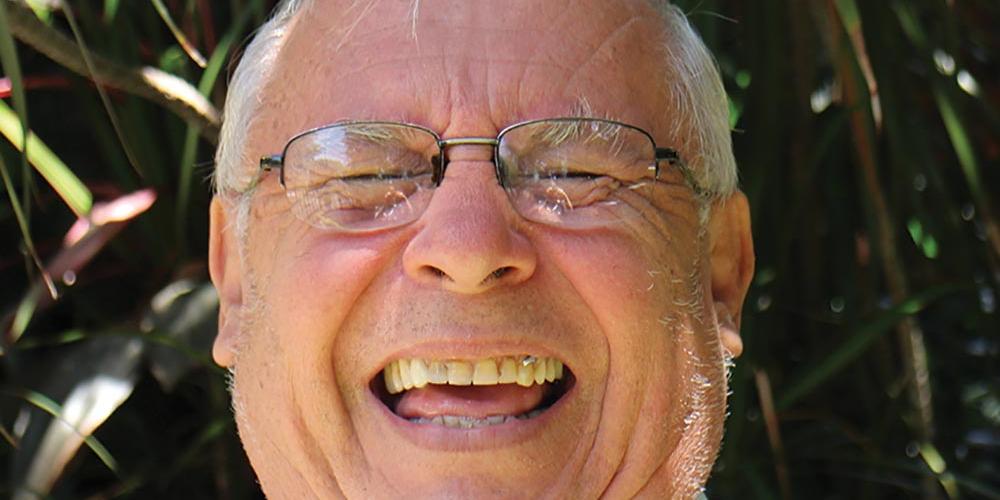 From Policeman to Pastor

Because of this woman’s testimony, I believe in your God, and I, too, want to be baptized.

When God called Isaac Ruiz Diaz to work for Him as a minister of the gospel, Isaac had already served for more than 20 years in the police force of Paraguay. But God had bigger plans for him. During the next 24 years Pastor Diaz won countless people to Christ and planted 29 churches scattered across six cities.

One of the most effective soul-winning methods used by Pastor Diaz is evangelistic outreach during what is known throughout the Christian world as “Holy Week”—between Palm and Easter Sundays. During this time of widespread religious reflection, Pastor Diaz presents special evangelistic programs and home group Bible studies reflecting on the life and sacrifice of Jesus.

One evening, after driving 20 kilometers (12.4 miles) down a very bumpy, rocky road, Pastor Diaz and a church member arrived at the home where they would be giving a group Bible study. But there was a problem with his jeep—the engine wouldn’t turn off! After trying numerous times, he left it parked with the engine running as he and his companion went inside to give the Bible study. After some time, they finally heard the engine quit—it had run out of gas.

Since it was already late, the two men would have to spend the night in this humble home, which didn’t even have a door. The house itself was just one small room with two beds. The parents and children slept in one bed, while the two Adventists slept in the other one. That night as it began to rain, the pigs and ducks came inside and stayed under the beds all night.

The rain continued for four days, so Pastor Diaz and his traveling companion stayed with the family and continued preaching to a big group of friends that crowded into the small home.

At last the rain stopped, the jeep was repaired, and the two returned to their homes. However, Pastor Diaz continued giving Bible studies to the group, and after three months eight people were baptized in a nearby pond.

More Bible meetings were held outside, this time with 150 people attending. At the conclusion, 16 people were baptized, and 30 wanted to have more Bible studies.

During one Sabbath afternoon program, Pastor Diaz asked if anyone had noticed changes in the lives of those who had recently been baptized. One man stood up and, pointing at the woman who owned the small house, said, “This woman used to be very violent. She used to beat up other women in the neighborhood because they gossiped about her, but she’s not like that anymore. Now she is calm. Because of this woman’s testimony, I believe in your God, and I, too, want to be baptized.

Turning to the woman, Pastor Diaz asked her, “Is this true?”

“Yes,” she replied. “There was a time when my husband left me, went to another woman, and almost married her. One day, I took a sharp knife and found my husband in bed with this woman. I was so upset that I turned the bed over! Then I beat up the woman and nearly killed my husband. I went to jail for that, but now I’m a new person.”

Today, a Seventh-day Adventist church sits on their property, beside the little house. The woman and her husband donated part of their land for a church, and they are baptized members, along with many others who have joined because of their testimony.

On another occasion, Pastor Diaz was driving to the city of Curuguaty one night to hold evangelistic meetings when the lights of his vehicle went out. As they were traveling through a dark, forested area, he asked his traveling companion to shine a flashlight on the road, hoping to be able to see well enough to keep going. This helped for a while until the flashlight went out. Slowly they kept moving along the dark road. When another car or truck came along, Pastor Diaz tried to drive by using their lights until they passed by. At this rate, it would take them a very long time to reach Curuguaty.

Suddenly, another truck appeared. The driver pulled up beside their vehicle and said, “You go in front of me, and I will give you my light.” The truck stayed close behind Pastor Diaz’s vehicle, and with the help of his lights, they were able to quickly travel the rest of the way. As they entered the city, they turned around to thank the driver for his kindness, but the truck and driver had disappeared. All they could see behind them was a dark, empty road.