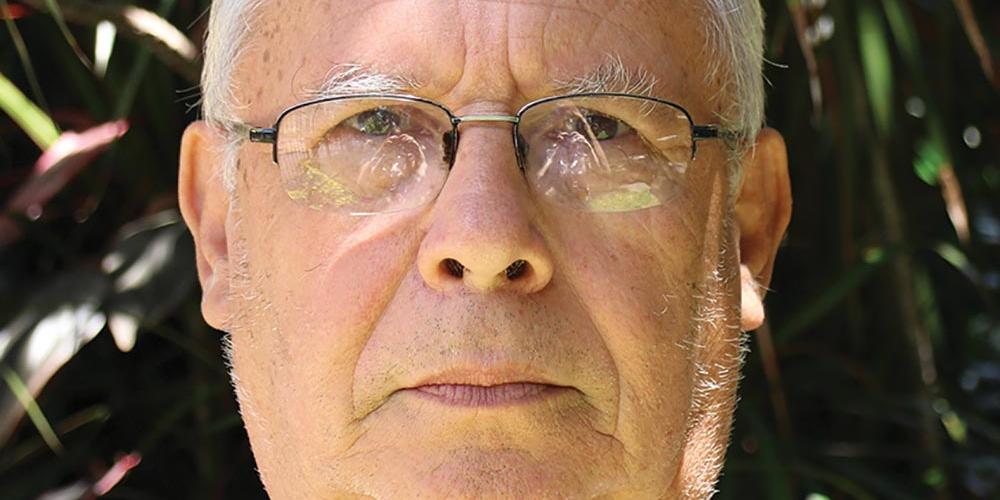 The Policeman Who Prayed

"We need to go forward and trust God. He sees the end from the beginning, and with God, everything will be OK.”

Isaac Diaz was a high-ranking officer in the police force of Paraguay when his brother-in-law started talking to him about God. “I had questions, but I was afraid to get close to that topic,” recalls Isaac.

Isaac Ruiz Diaz was born into a Catholic family. His mother was kind, but his father drank heavily. Isaac grew up barefoot, and by the time he was 13 he had to walk 7 kilometers (4.3 miles) to school every day—without shoes.

At age 15, Isaac joined the police academy, and graduated four years later. For more than 20 years, he faithfully served in Paraguay’s police force.

Isaac enjoyed conversations with his brother-in-law, but was afraid to become a Christian because he knew he’d have to change his lifestyle. He viewed the Christian life as an unknown, weird world.

One day Isaac received an invitation to attend an evangelistic series. He invited a friend, and they both attended. In the end, his friend was baptized, but Isaac wasn’t. “I was proud, because I held a very high rank in the police force. I didn’t want to leave my job,” Isaac explains.

A year later, more meetings were held and the friend invited Isaac. They both attended, and this time Isaac was baptized. Coming up out of the water he felt happy, but also worried. He had no other profession—what would he do if he left the police force? But how could he remain and not work on the Sabbath?

The following week Isaac was transferred to another department and was told to begin working on Saturday morning. Isaac started praying. Within 30 minutes the phone rang and he was told to return to his previous department, where he was assigned to command police students—no Saturday work required!

Delighted that his problem had apparently been solved, Isaac worked happily for two months—until he received notice that his commander wanted to meet with him the next day—a Sabbath.

The police commander was known to be an angry man, and Isaac was very concerned. He spent most of the night in prayer, crying out to God—and God answered. In the morning there was such a severe rainstorm that the meeting was canceled. On the following Friday, the commander again told Isaac to come in the next morning. Once more Isaac prayed. Another rainstorm came and again the meeting was canceled!

While God was clearly intervening, Isaac knew that he needed to do something. God, he prayed, I know that I can’t ask You for rain every Sabbath. I have to do my part. Isaac then explained to his commander why he needed to be off duty on Saturdays. To Isaac’s great surprise, the commander agreed! “No problem,” he said. “You can have your free Saturdays. I don’t want to have a problem with God!”

Things went well for several months, but then more trouble came. The Paraguay police force celebrates “National Police Day” every year on August 30. It’s a day of recognition and celebration. All police officers are expected to attend. When Isaac realized that August 30 fell on a Saturday, he determined not to attend, choosing instead to worship at church.

On Monday the police chief was waiting for him. “You’re being demoted, and will spend three days in jail,” he told Isaac. “Then you’re being transferred to the worst possible place!”

While in jail, Isaac pled with God for help. Once released, he returned to his superior, but the man refused to see him. After a week the supervisor called—Isaac could return to his previous position.

Three years later Isaac was transferred to the central police office in Asuncion. Although already known as “the policeman who refuses to work on Saturdays,” the goal of Isaac’s new commander was to force him to work on the Sabbath.

One day, the commander demanded that Isaac report to work at 7 a.m. Saturday. He did, but only to deliver a message. “I request to be transferred or will resign my position, but I will not work on Saturdays,” Isaac bravely told the shocked commander. Then he calmly walked away, changed from his police uniform to a suit, and went to worship.

Arriving at the church, Isaac explained to the pastor what had happened. “Maybe this is providential,” said the pastor. “I’ve been looking for a coworker, but I haven’t been able to find the right one. I think you’re the one!”

Isaac resigned from the police force. He attended pastoral training in Argentina, then returned to Paraguay to serve as a very effective church planter and pastor.

For those facing Sabbath challenges today, Isaac has the following counsel:

“First, you need to be secure in WHOM you believe in. If I believe in my God, I’m secure. Second, the devil doesn’t give us small problems—he gives us big ones. But God is bigger than the biggest problems. We need to go forward and trust God. He sees the end from the beginning, and with God, everything will be OK.”