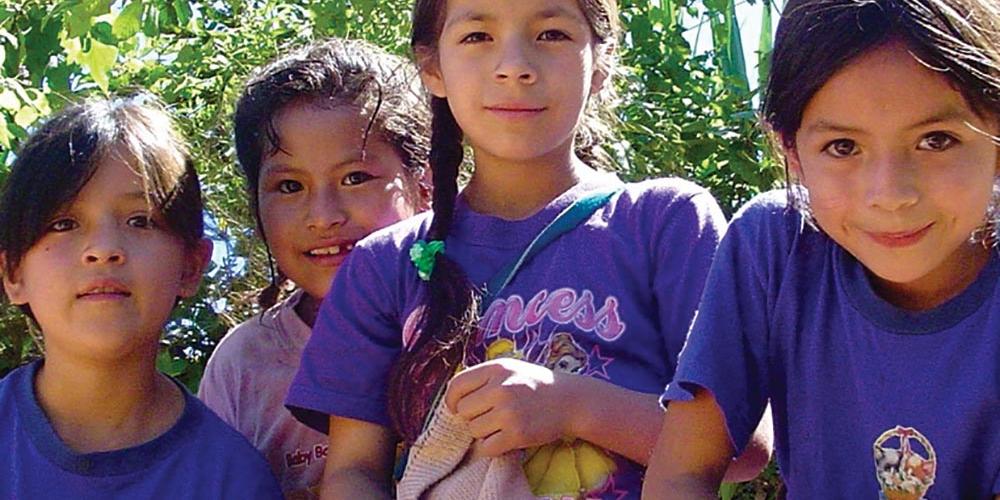 This quarter our mission focus has been on South American Division, and we have heard many wonderful stories from the countries of Brazil, Paraguay and Uruguay.

“Work, for the Night Is Coming”
The Seventh-day Adventist Hymnal, no. 375

Closing Song
"Go Forth, Go Forth With Christ”
The Seventh-day Adventist Hymnal, no. 377

Note: If the children’s divisions will not be presenting the Thirteenth Sabbath Program in the adult Sabbath School, please use the following:

Participants: A narrator and one reader.

Props: Pictures of Leo and Jessie Halliwell and the Luzeiro.

Narrator: This quarter our mission focus has been on South American Division, and we have heard many wonderful stories from the countries of Brazil, Paraguay and Uruguay. For our final Sabbath this quarter, we thought it would be appropriate to share a story from the classic book Lightbearer to the Amazon by written by Leo Halliwell. As you may recall, Leo and his wife, Jessie, were pioneer missionaries to the people of the Amazon. Today’s story is titled, “Providence Intervenes.”

Reader: On one trip we made several years ago we stopped at the city of Santarem. At this time we had no believers in this city. One evening I held a meeting in one of the back streets. A large crowd came out. After the meeting a well- dressed woman came to me, and told how she had enjoyed the message. She informed me that her father was an American, and that she had two sisters in the town. One of them had a large home. So she invited us to hold a meeting in her home the next time, and not to speak in the street any more.

A few months later we returned to this place, and I went to their home to make arrangements for a meeting. Although the father was a member of another Protestant church, they received us very kindly. So we soon made the arrangements for a meeting to be held that evening. While we were still visiting with them, the minister of the man’s church came in. He was very much excited. Slamming his fist on the table beside which he was sitting, he said, “The Adventists can’t hold a meeting in this home. I protest!”

The lady, who was the owner of the home, arose and hammered her fist on the table, saying: “This house is mine, and they are going to hold the first meeting tonight, and you are the first person to be invited!”

Well, we held that meeting and many others, and those three sisters are now baptized Seventh-day Adventists.

Some time later one of our colporteurs, who was working in that city, sold a book to a family in which was a son who was infected by leprosy. This young man and his mother both accepted the truth, and when we had the baptismal service he had to go around by a back street to get to the river, for he was not allowed on the streets of the city. He came into the water with his poor face disfigured by that dreadful disease. His body also was spotted with many large sores. I well remember that when he came up out of the water, he said, “Pray for me. Some day I shall be a worker in the Lord’s cause.”

He went back to his home, where he lived in a room separated from the rest of the family. One of our friends in the United States had sent us a little money to buy medicine. So we bought some chaulmoogra oil, and began treating the youth. He did not waste any time, but began at once to work for souls. His sister, who is not an Adventist, would invite the neighbors into the parlor, and he would stand in the door of his room and explain the prophecies to them. He would draw maps and charts, and thus explain, the 2,300 days of Daniel 8: 14. Soon he had created a good interest among his hearers. The following year I baptized nine persons won to Christ as a result of his work in spite of the fact that he could not even go outside of his room. Surely this is a challenge to the young people whom God has blessed with a good education and a sound, healthy body.

That boy has now taken well over 200 injections, and his body has not a sign of the terrible disease. Two examinations have produced negative results, and he is at liberty to walk the streets again. He now works for others who are suffering from the same affliction, and is giving them injections as well as working for their spiritual welfare.

Some years ago I visited a city that is situated on the Amazon below Belem. We had never had a meeting there. So we went to the mayor and asked for a hall in which to hold a meeting. He did not receive us very kindly, and flatly refused to let us use a hall. When I suggested that we might hold the meeting in the street, he refused to let us hold it anywhere. He stated that the people were all Roman Catholic and were satisfied with their religion, and that there was no need to change for another about which they knew nothing. I reminded him that the federal constitution of Brazil guaranteed to all religious liberty and the right to any one to preach whatever religion he might desire. He said, “Yes, but in this city I will not assume the responsibility of protecting you if you attempt to preach in the street.”

While we were talking, a man came running up and told him that the governor of the state had just arrived by automobile. Nearly every one left at once for the place where the governor had stopped. My first impulse was to approach the governor, for he was a friend of mine. But I remembered that if he should return to the state capital, I would still have to deal with the same mayor and the police force. While I was there wondering what course to pursue, a young man dressed in white stepped up to me and asked me to serve as witness to his wedding ceremony. In Brazil all marriages are performed by civil authorities. Hence all must be married by judges. There was the young man with his bride-to-be in the courtroom, but his chief witness had gone with others to see the governor arrive. I consented to help him out, and the judge pronounced them man and wife. I then signed my name as a witness. The bridegroom then invited us to his home to drink orangeade and eat some sweets.

While we were sitting there in that home, a well-dressed man came in and thanked me for taking his place at the wedding. Then he said, “Perhaps you would like to know who I am. I am the chief of police here, and this boy that was married is my brother’s only son.”

Then he asked what we desired that morning when we were talking to the mayor. I told him, and added that he had refused to grant us permission to hold a meeting in the town. Then he said, “Bring your boat over here in this river in front of my home, and you can hold the meeting in my parlor. I will have all the police in town here to protect you if anyone should try to interfere.” We did as he said, and that night we had to hold the meeting in front of his home, because his parlor was not large enough to hold all the people who came.

Narrator: Your mission offering today will make a significant difference in reaching the people of the Amazon, building a church for the students at IAAI Academy, and building churches and centers of influence in the capital cities of Paraguay and Uruguay. Thank you for giving!