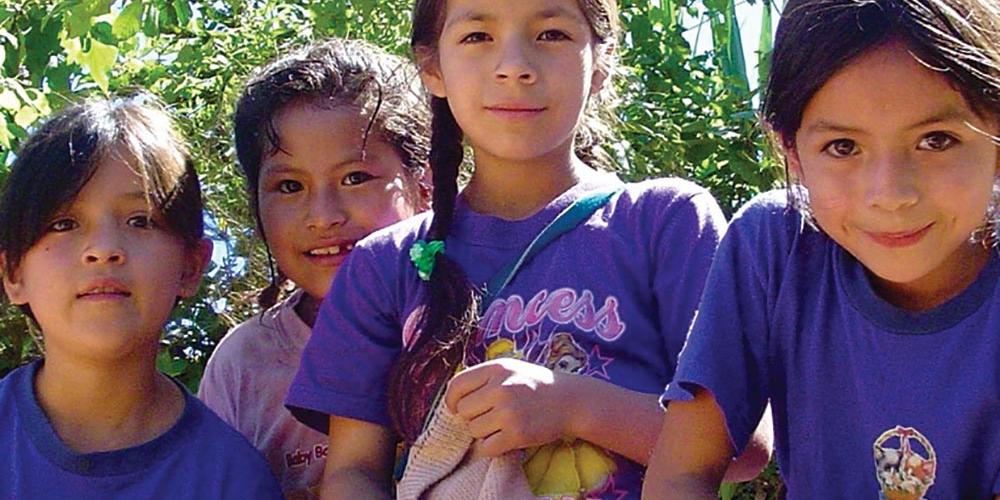 This coming year, 2016, marks the 130th anniversary of the first mission project of the Seventh-day Adventist Church—raising funds to build a missionary boat, the Pitcairn.

“Far and Near the Fields Are Teeming”
The Seventh-day Adventist Hymnal, no. 358

Closing Song
"Bringing in the Sheaves”
The Seventh-day Adventist Hymnal, no. 369

Props: Enlarge the pictures of the Pitcairn and of Daniel Fitch.

Catherine and Elisha* sat in the wooden pew of their small-town church on Sabbath morning. Their fingers tightly clutched coins they had brought for the mission offering. It was the Adventist Church’s first mission offering, and it would help build a mission ship. Catherine had helped her mother bake and sell bread, and Elisha had washed windows and delivered groceries for the owner of the general store. Together they had earned 11 cents to give to the mission-ship fund. That’s worth more than US$3.50 today. For comparison, in 1886 a loaf of bread sold for less than five cents.

When the offering was announced, the children marched forward. “We’ve brought enough to buy a board!” Elisha told the pastor, his eyes shining. Other children and adults came too. Some brought one cent, while others brought 10 or even 15 cents. “My offering can buy some nails!” one boy almost shouted. “I hope my offering will buy canvas for the sails,” a much quieter girl said.

Adventist believers were excited, for this mission ship was their ship, built and equipped to share God’s love with people in the South Pacific. One boy helped his mother make hundreds of popcorn balls, which he sold to raise $15 for the mission ship! Imagine popping popcorn over a woodburning stove to make all those popcorn balls!

Every cent had been earned by sacrifice and hard work. It was almost impossible to imagine raising the $12,000 needed to build the missionary ship. And actually, the final cost of the ship, including furnishings and a pump organ, came to about $19,000.

Reader 2: The story of the ship called Pitcairn started many years earlier when a young man named John Tay heard the story of a rebellious crew on a British ship who had put their cruel captain aboard a lifeboat and sailed away. The crew had found refuge on a tiny island in the South Pacific called Pitcairn. The rebels, called mutineers, had been sure they would never be found.

But alcohol nearly destroyed the islanders as the men fought among themselves. Eventually only one man, John Adams, remained alive to care for the women and children on the island. He gave up alcohol and turned to the Bible. Soon he and all the people of Pitcairn gave their hearts to God.

After some time news of Pitcairn Island reached the world. John Tay vowed to visit the island and share the Adventist message with the people there. In 1886 he arranged to sail to the South Pacific in exchange for working aboard a ship. Four months and six ships later John Tay arrived on Pitcairn.

The people of Pitcairn invited Tay to stay on their island until the next ship arrived several weeks later. Tay introduced the people to new Bible truths, and the islanders accepted his message. They began keeping the Sabbath and studied the prophecies of Daniel and Revelation together. By the time Tay left the island several weeks later, virtually everyone on Pitcairn was keeping the Sabbath.

“Please baptize us!” the people begged. John Tay promised to send a pastor to baptize them.

Reader 1: Tay returned to the United States and shared the story of Pitcairn. Soon church leaders voted to raise funds to build a mission ship that would sail to Pitcairn and other South Pacific islands to share the gospel with the people there. Fittingly, the boat was named Pitcairn.

Sabbath School members across North America—for that’s where most Adventists lived at the time—joined together to build the mission boat. Penny by penny the ship was built, and in 1890, four years after John Tay had first visited Pitcairn Island, the mission ship Pitcairn sailed with its crew and three missionary couples, including John and Hannah Tay.

When the little ship arrived at Pitcairn Island, the people of Pitcairn rejoiced! At last they could be baptized! Within a few weeks 82 people were baptized, and a church was formed on Pitcairn Island.

But the Pitcairn’s work wasn’t finished. It continued sailing the seas in the South Pacific, bringing the gospel message to city folk and cannibals alike. And just think: it all started with a dream, a lot of hard work, and hundreds of popcorn balls!

Reader 2: The ship Pitcairn was built with the first mission offerings taken in the Seventh-day Adventist Church. It took six months to raise the funds. Adults and children alike worked to raise money for the first mission ship. After the Pitcairn left Pitcairn Island, it sailed to other islands of the South Pacific. John Tay and his wife stayed in Fiji to share God’s love with cannibals living there. Sadly, John Tay died five months later and is buried on the island.

Narrator: Since that first mission offering given in 1886, Seventh-day Adventists around the world have sacrificially given more than US$2.2 billion (or $13.3 billion in today’s U.S. dollars) in mission offerings.

This quarter our mission focus has been on the people of the Southern Africa-Indian Ocean Division. Our Thirteenth Sabbath Offering today will help to build a much needed Adventist primary school in northern Botswana, where there are academies but no Adventist schools for younger children. The value of Adventist education is well known in Botswana for its integral part in producing good citizens. Many of the students who attend Adventist schools choose to be baptized, and they serve as a bridge to their family members and friends. This new Adventist primary school will serve as a missionary center in reaching entire families for Christ.

Reader 1: In addition to building the Gateway Adventist Primary School in Botswana, our offerings today will greatly help the students at Solusi University in Zimbabwe who each day crowd into a too-small dining hall. Since its establishment in 1894, the school has grown tremendously and now hosts more than 14,000 students. Solusi University was the first private institution of higher learning in the country of Zimbabwe. Our offerings today will help to expand their facilities to accommodate many more students in the university dining hall.

Reader 2: Health is also an important priority, and today our Thirteenth Sabbath offerings will help establish the Gweru Adventist Health Center in Zimbabwe. This outpatient clinic will provide services to all members of the community, stretching from the vulnerable low-income earners to high-class citizens. It will include a special pediatric unit serving all children in the area.

Narrator: Today, let’s continue the wonderful tradition of giving liberally to support mission. Thank you for your Thirteenth Sabbath Offering that will help the people in Botswana and Zimbabwe.

*Note: The children’s names in the story are fictional, as records of individual donors were not kept.