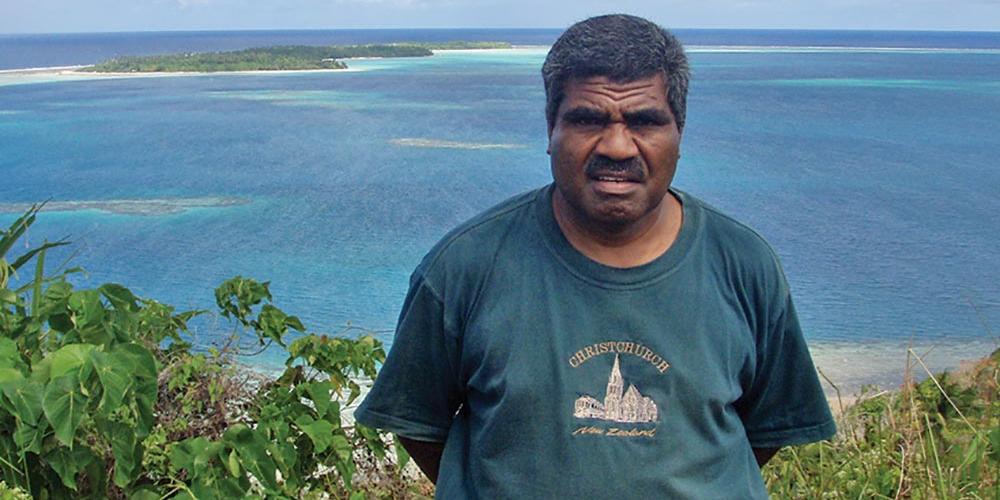 When I told my wife that I wanted to become an Adventist, her response was strong. “Are you crazy?” she demanded.

I didn’t know much about Adventists, but I was sure they were a little bit crazy. Nevertheless, when I learned that Zurcher Adventist University near my village was hiring workers, I applied for a job.

I was hired and started working at the school. Then I heard that the Adventists were planning to hold evangelistic meetings in my village. I wanted to see what these people believed, so I went to the meetings.

When the speaker talked about baptism and explained that it was a public declaration of a Christian’s willingness to follow Jesus, there was a lot of debate among listeners. Isn’t being baptized as a baby enough? I questioned. But when I looked up the Bible texts the speaker had given, I realized that the Bible did indeed teach baptism by immersion as a sign that a person was a follower of Jesus.

I had to concede the baptism idea, but when the speaker talked about the Sabbath, I was sure he was wrong. The week begins on Monday, I thought. Therefore the seventh day is Sunday, not Saturday. But I again checked my Bible and my dictionary and realized that the words for Saturday and Sabbath were almost identical in my language.

Reluctantly I had to admit that the Adventists were teaching Bible truths. I felt that my own church had been untruthful.

When I told my wife that I wanted to become an Adventist, her response was strong. “Are you crazy?” she demanded. “I thought you didn’t like Adventists! What’s wrong with the church you’ve been attending all these years?” My parents and brothers were also shocked and couldn’t understand why I was joining a church I didn’t even like!

I began attending a small Adventist congregation in a village near my home. My wife fumed when I refused to eat a meal that contained pork. My father couldn’t understand why I would give 10 percent of my earnings to a church when I could barely provide for my family. It was difficult, but I decided to stand for what the Bible said and trust God to bless me.

It wasn’t easy, and some days I felt totally alone. In my culture family is all-important. And while I had a loving church family, my relatives stood against me. But I kept studying the Bible, even when my wife told me that so much reading would make me crazy. It was difficult to stay strong, especially when the work at the university ended.

But then slowly things began to change. I took a job in a distant town and was away for six months. When I returned my wife greeted me with the news that she was preparing for baptism! I learned that she had been studying the Bible with someone from the university during my absence and would be baptized the next day. What a wonderful surprise!

My mother began asking about my faith, and I started studying the Bible with her. When my brothers accused me of abandoning our family’s long-held beliefs, my father told them to let me believe as I wished and to treat me with respect.

I was happy to be hired as a security guard at the Adventist university, for it meant I could have a steady job near my home.

Then one night while I was on duty, some robbers entered the campus and held me at gunpoint as they forced the business manager to give them money. The men fled the campus, and the police arrived. I was shocked when they arrested me for cooperating with the criminals. I spent more than a year in prison while awaiting trial.

During this time my brothers insisted that I had brought this trouble on myself by becoming an Adventist. My wife and children struggled alone without help from my brothers. But they remained strong, and both my daughters were baptized.

At last the guilty men were arrested, and I was released from prison. The university offered me another job.

Becoming an Adventist has not made my life easy. But following God’s truth is always worth it, and I have never regretted my decision. I pray that all my family members will someday feel the warmth of God’s love as I have.