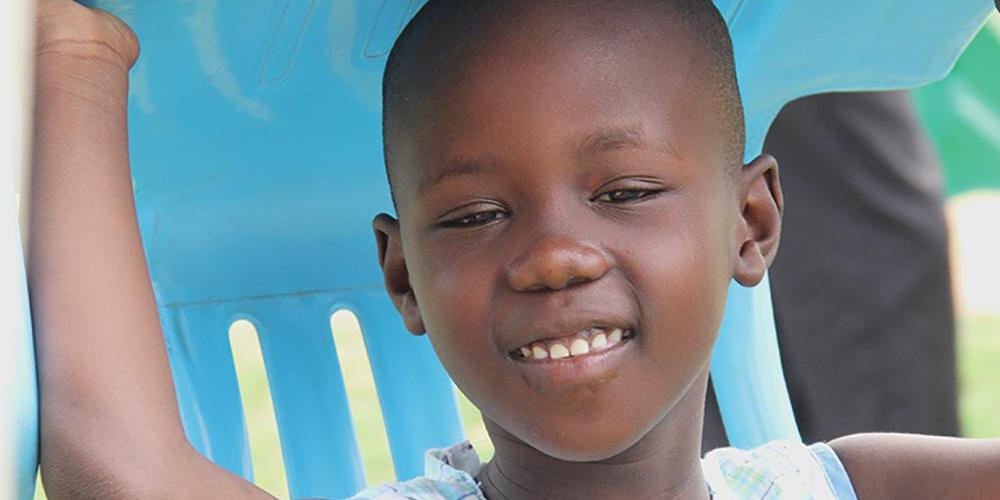 Thank you so much for your generous gift to the Thirteenth Sabbath Offering.

Opening Song
“Rise Up, O Church of God”
The Seventh-day Adventist Hymnal, no. 615

Closing Song
Lead Them, My God, to Thee”
The Seventh-day Adventist Hymnal, no. 653

Participants: Two narrators. [Speakers don’t need to memorize their parts, but they should be familiar enough with the material to present it confidently.]

Props: A large map of the Southern Asia-Pacific Division. (Scan the map on the back page of the quarterly or download the map from www.AdventistMission.org and project it onto a screen. Or draw a map on a large piece of paper.)

Narrator 1: The Southern Asia-Pacific Division is made up of 13 countries and several island federations. While some of these countries are open to the gospel and membership is strong, other countries present difficult challenges to the church. Today we are focusing on Timor-Leste, Sri Lanka, and Bangladesh.

Narrator 2: Timor-Leste, also known as East Timor, is an island situated approximately 400 miles (640 km.) to the northwest of Darwin, Australia. The island has some beautiful coastlines. The people of Timor-Leste are known as East Timorese. As many as 12 local languages are spoken in the country; however, most people are fluent in Bahasa Indonesian. Interestingly, the country’s currency is the U.S. dollar.

Narrator 1: The majority of the people in Timor-Leste are Roman Catholics, followed by Protestants, Muslims, Hindus and Buddhists. Timor-Leste is one of only two primarily Roman Catholic countries in Southeast Asia, the other being the Philippines.

Narrator 2: In May, 2002, Timor-Leste became the first country to become independent in the 21st century. As the new country is growing and developing, religious liberty is still somewhat of a challenge. Students especially have challenges regarding classes and exams scheduled on Saturdays. Many young people are suffering for their faith because they don’t attend school on the Sabbath. This is one very important reason to establish a Seventh-day Adventist school in the capital city of Dili. Your Thirteenth Offering today will help build this school.

Narrator 1: The Timor-Leste Mission was first organized in 2009, and reorganized in 2011. While the population of Timor-Leste is about 1.2 million, only 516 are Seventh-day Adventists. That’s a ratio of 2,326 people to 1 Adventist. Please pray for the new Adventist school in Timor-Leste and thank you for giving generously to the Thirteenth Sabbath Mission Offering.

Narrator 2: Traveling 3,308 miles (5,323 km.) west and north from Timor-Leste we arrive in the country of Sri Lanka. This island nation is known as “India’s teardrop” because of its shape and proximity to India. Sri Lanka is an ancient land that has a documented history of more than 3,000 years. Because of its location, Sri Lanka has been strategically important since the time of the ancient Silk Road. It’s a diverse country, home to many religions, ethnicities and languages.

Narrator 1: Ancient Sri Lanka was also the first country in the world to establish a dedicated hospital in the fourth century. It was also the leading exporter of cinnamon to the ancient world.

Narrator 2: Sri Lanka has a rich Buddhist history, because Buddhism was brought from to the country from India in 250 B.C. Ancient kingdoms in Sri Lanka maintained a large number of Buddhist schools and monasteries and were at the forefront of promoting Buddhism into other southeast Asian countries.

Narrator 1: Today, 70 percent of the population is Buddhist. Buddhism is given special recognition in the Sri Lankan Constitution which requires Sri Lankans to “protect and foster the Buddha Sasana.”

Narrator 2: Hinduism is the second most prevalent religion in Sri Lanka, although it came to the island before Buddhism. Today, 13 percent of the population is Hindu.

Narrator 1: Islam is the third most dominant religion in the country. It was brought to the island by Arab traders, starting around the seventh century A.D. Followers of Islam in Sri Lanka today make up 10 percent of the population. Most are believed to be descendants of the Arab traders and the local women they married.

Narrator 2: Christianity came into the country by Western colonists in the early 16th century. Around 7.4 percent of the population is Christian, of which 82 percent are Roman Catholics. The remaining Christians are evenly split between the Anglican Church and other Protestant denominations.

Narrator 1: In a 2008 Gallup poll, Sri Lanka was ranked the third most religious country in the world, with 99 percent of Sri Lankans saying that religion was an important part of their daily life.

Narrator 2: The Sri Lanka Mission of Seventh-day Adventists was organized in 1950. Today the Mission has 37 churches and 2,785 members. The Lakpahana Adventist College and Seminary has been ministering to Sri Lankan young people for decades. However, they do not yet have a church building. Your generous Thirteenth Sabbath Offering will help build a church on this beautiful campus.

Narrator 1: The “Land of Bengal,” better known as Bangladesh, is located east of India and northeast of Sri Lanka. It is the world’s eighth most populous country, with more than 160 million people, and is also one of the most densely populated countries on earth.

Narrator 2: Bangladesh is home to the Ganges Delta—the largest delta in the world. The Royal Bengal Tiger is Bangladesh’s national animal. This amazing tiger has a roar that can be heard from nearly 2 miles (3 km.) away.

Narrator 1: Since 1991, Bangladesh has made significant improvements economically, in primary education, food production and health.

Narrator 2: Islam is the majority religion in Bangladesh, making up 86.6 percent of the population. It was introduced in the region by Muslim traders and missionaries after the 7th century, but the Muslim conquest of Bengal began in the early 13th century. Today, Bangladesh has the fourth largest Muslim population on earth after Indonesia, Pakistan and India.

Narrator 2: Seventh-day Adventists came to Bangladesh in the early 20th century, and the Bangladesh Union Mission was first organized in 1919. It was then reorganized in 1938 and 1979.Currently, the mission has 121 churches and 28,681 members.

Narrator 1: The mission also operates the Bangladesh Adventist Seminary and College located in Gazipur. To address a need in the country for professional, Christian nurses, the college is planning to offer a nursing program. Your Thirteenth Sabbath Offering will help to build a much-needed building for the new school of nursing in Bangladesh.

Narrator 2: As we have heard the stories this quarter from our brothers and sisters in Timor-Leste, Sri Lanka, and Bangladesh, let’s consider how we can help them fulfill their mission through an Adventist School in Timor-Leste, a church in Sri Lanka, and a new school of nursing building in Bangladesh. Thank you so much for your generous gift to the Thirteenth Sabbath Offering today.