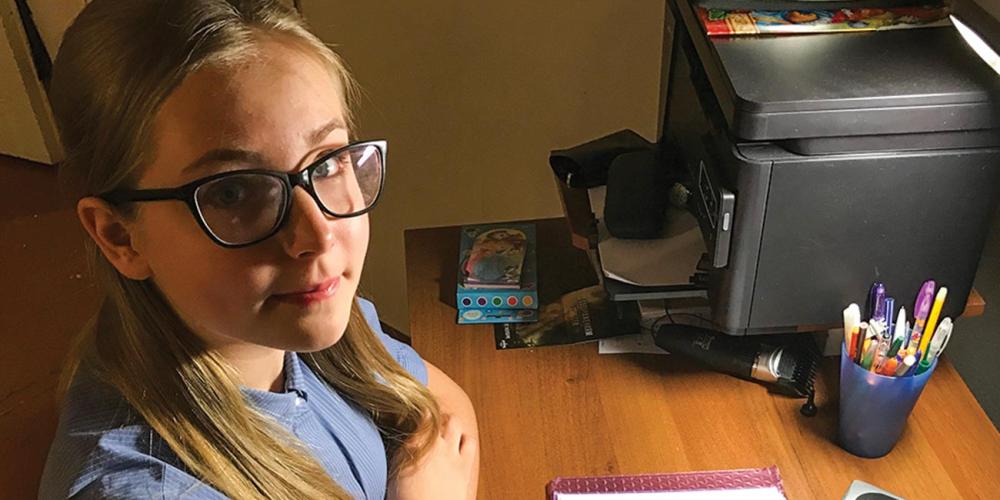 Ellina wondered whether her teachers would understand her religious belief and excuse her from classes on Sabbath.

To Sabbath School teachers: This story is for Sabbath, Oct. 7. Click here for photos to share while telling the mission story.

Today’s story comes from the country of Kazakhstan [KAH-sak-stan]. [Locate Kazakhstan on the map.]

Ellina [Eh-LEE-na] was nervous. Her family had moved to a new town, and she would attend a very big public school. Ellina knew that children in Kazakhstan attended classes six days a week, and she was prepared to tell her teachers that she would not be in school on Sabbath. But she wondered whether her teachers would understand her religious belief and excuse her from classes on Sabbath.

When the sun began setting too early for her to attend classes on Friday, Ellina missed classes on Fridays as well as on Sabbaths. She worked extra hard to keep up with her classmates, but she didn’t complain.

One day, one of Ellina’s classmates misbehaved while the teacher was out. He took another child’s book bag, pulled out their gym clothes, and stomped on the bag. Then as the class watched, he threw the bag and its contents out a window.

The principal learned what had happened, but she didn’t know who had thrown the bag out the window. She called the students who had been in the classroom into her office. When Ellina was told to report to the principal’s office, she wondered what she had done wrong. She prayed as she walked down the hall, and she felt God take away her fear.

In the office, the principal asked the children who had thrown the bag out the window. None of the children wanted to answer because they were afraid of the boy who had misbehaved. Then the principal looked at Ellina. “I know someone who doesn’t lie,” she said. “Ellina, can you tell me what happened in class today?”

Ellina was nervous, but she knew that God was with her, and she had no need to fear. She stood before the principal and told her what had happened.

A few days later, Ellina’s teacher called her to her desk and gave her a paper. “The principal is transferring you to the morning session,” the teacher said.

Kazakhstan has no Adventist schools yet. But part of this quarter’s Thirteenth Sabbath Offering will help open a preschool, where children will not be told to study on Sabbath. Ellina’s mother will be the director of the preschool.