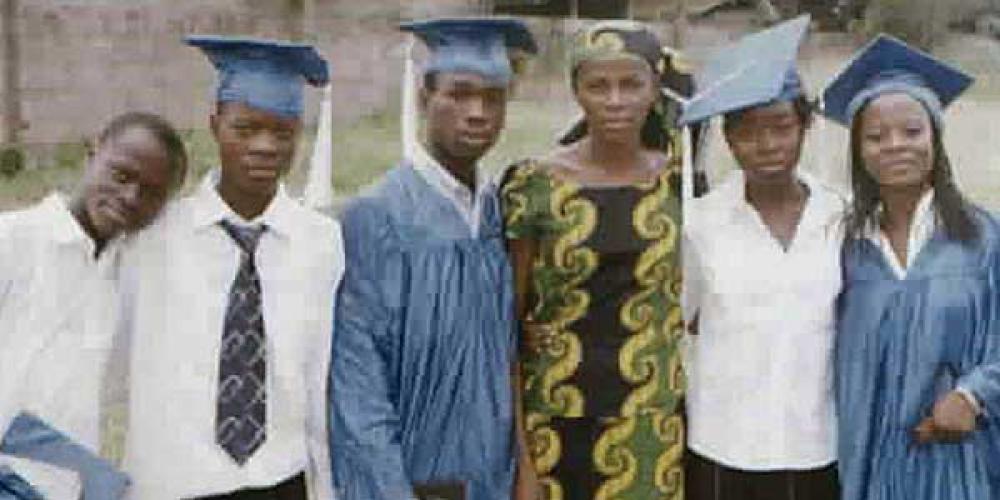 Fumi decided to move to a town closer to her home village. There, she met an Adventist woman, who took Fumi and her daughter into her own home.

The village where I reside, Oke-Ode (OH-kay-OH-day) in QUQR-a (Kwara) state, Nigeria, is heavily populated with Muslim people. I want to share a story about one of them. Fumi belonged to one of the larger Muslim families. She left the village and moved to Lagos where she operated a profitable food business. In Lagos, there was a person who had a grudge against Fumi. This person had a “spell” cast on her and as a result, Fumi became mentally ill. However, she retained just enough brain power to minimally provide for herself and her daughter; but they were constantly dirty, wore rags, and were just not thriving.

Fumi decided to move to a town closer to her home village. There, she met an Adventist woman, who took Fumi and her daughter into her own home. Gradually, Fumi’s health improved under this woman’s friendship, and she was able to obtain a job cleaning a clinic owned by Seventh-day Adventists. Under this woman’s care, she was able to become acquainted with the workers at the clinic, and eventually, Fumi started attending one of the local Seventh-day Adventist churches. Soon she was baptized. Fumi is now a faithful worker in her local church. Since her baptism, Fumi has experienced no mental illness. She and her daughter now are clean, appropriately clothed, and thriving. God healed her both spiritually and mentally!

When a Muslim converts to Christianity, the family totally rejects that person; in fact, the person is usually declared to be dead. Therefore, any one who kills the person who has converted to Christianity is acclaimed by other Muslims. Eventually, Fumi decided to return to her home village. And although her life is in danger from her own relatives, she is trusting that Jesus will protect her, and she has remained faithful to Him.

But there is a little more to her story! In the town where the Adventist clinic is located, Fumi met her half-brother, whom she had not seen for years. He told her that he had become a Seventh-day Adventist and he began witnessing to her. She informed him that she too was an Adventist now. Her brother, having been aware of her previous mental condition, did not believe her. She said, “Follow me to the clinic.”

When they arrived at the clinic, she said to the nurse, “Tell my brother what church I attend. He doesn’t believe me.”

The nurse replied, “She attends the Seventh-day Adventist Church right down the street.” What rejoicing between brother and sister that day!

How much more rejoicing there will be when we all get home to Heaven and see Jesus. We will never have to part again. God is still working miracles in this country. Keep praying for the people of Nigeria that there may be many more days of rejoicing because of God’s miracle-working power.

Margaret White, originally from the United States, served as an English Teacher at the Oke-Ode Seventh-day Adventist Secondary School in Nigeria. She served from November of 2006 until August of 2011. Margaret believes that Christians are responsible for accepting their own personal duty to do whatever they can in helping Christ to save the whole world.