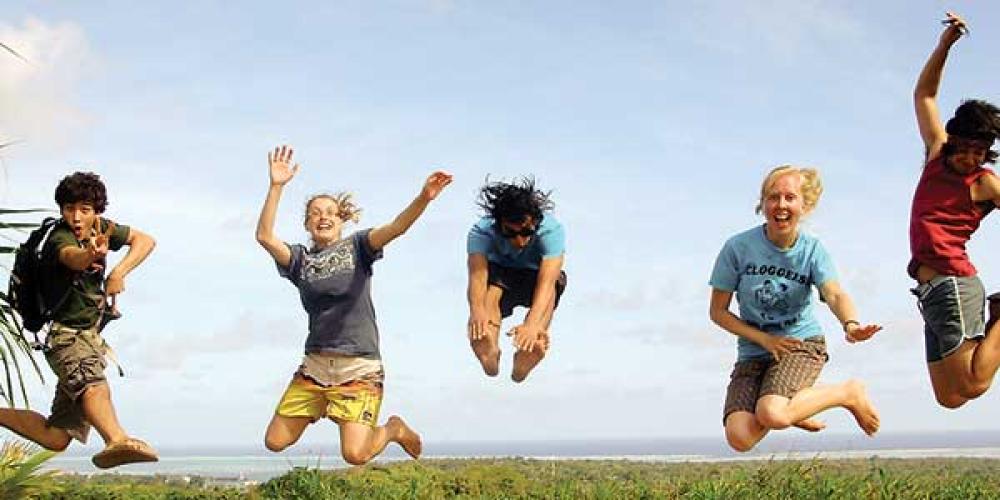 My Part of the Story

I cannot share my story without recognizing that it is really God’s story, and not mine. I am only a part of it.

I cannot share my story without recognizing that it is really God’s story, and not mine. I am only a part of it.

My cell phone rang late on a Wednesday night in November. The voice on the other end broke the news that one of our volunteers was reportedly murdered on the island of Yap, Micronesia. I was crushed, as were many others. After serving as a volunteer Youth Worker in New Zealand from 2003 to 2004, I had gotten involved in the Missions Office at Southern Adventist University. After I graduated in 2006, I worked there as an assistant. We sometimes heard of crises and close calls in that office, but nothing like this had ever happened. I remembered my brief encounters with smiling, cheerful Kirsten only a few months before, as I helped her go through the necessary steps to become a volunteer. I had recently heard that she was really enjoying her time in Yap, and I could not understand how this could happen. So many questions arise at times like these, and the only thing I could do was pour my heart out to God and trust that He was somehow in control.

The next few weeks were busy for me as I finished up a Master’s degree in Christian Psychological Studies at Richmont University, in Chattanooga, Tennessee. During that time, a student came into the office and requested to go to Yap to help finish out the year, since the school had lost a few other teachers (who needed to return home after the tragedy). I began helping him with his paperwork, and was thankful that God was already sending help to the Yap school.

A few days later, during Thanksgiving break, I distinctly felt God calling me to go teach in Yap as well. I was surprised, and a little unsure about how my family and friends would react. Over the next few weeks, however, God confirmed it by showing me that He had prepared the way for me to go and had given me the support of my friends and family.

At first I thought I would be teaching one of the other grades that needed to be filled, but soon found out that I would be taking Kirsten’s Second Grade class. I was humbled, honored, and a bit intimidated wondering what kinds of challenges lay ahead, but I was convinced that it was where God wanted me. God also reminded me, as He had taught me in New Zealand, that He always provides and equips us for whatever He calls us to do.

So that is how I found myself, at age 27, teaching Second Grade at Yap SDA School for five months. Those first few days and weeks were full of learning and growing for a teacher who had never taught. The students had obviously been through a lot, yet they opened their hearts to me as they continued to grieve for their beloved teacher. We often talked about Kirsten, about heaven, and about seeing her again. But in other ways, they were very typical second graders, who sometimes loved school and sometimes didn’t; they sometimes loved each other, and sometimes didn’t. God answered many “help-me!” prayers throughout each day, and is the only One who can take the credit for those two quarters of second grade.

One of my favorite examples of answered prayer happened on a rainy afternoon during P.E. class. P.E. was the last class of the day, and was always a final release of pent-up energy that accumulated after lunch. Unfortunately, the rain kept the class inside, and pent-up energy that is not released often transforms into conflict in the classroom. Two of the boys were in a stare-down contest by the time I got to them. They had been attempting to set up some sort of structured ball game in the back of the classroom. A few of the other boys surrounded them, and were trying to keep them calm, but I was really at a loss to know what to do. I had seen it before, but it often left me feeling helpless—the glaring eyes, the clenched fists, the almost-visible steam rising from their bodies as they barely controlled their anger. Eventually, I got Ethan* settled in a chair and tried to calm him down, while the other boys stayed with Joshua.* It was not long before Joshua came up, with tears in his eyes, and slowly reached out and put his hand on Ethan’s shoulder. “I’m sorry,” he said, and I could tell it took everything in him to get the words out. It was enough to soften Ethan, and as the tears rolled down his cheeks too, he reached out his hand and put it on Joshua’s shoulder. I will always remember that simple lesson of forgiveness and the power of Jesus to make it possible.

God blessed me in many ways through teaching, but He also blessed me immeasurably through the group of volunteers that were serving at the school. Each week we set aside time to talk about how we were doing and lift each other up in prayer. We supported each other and enjoyed being together. In my apartment, the other two girls—Aila from Germany and Lorraine from the Philippines—became two of my closest friends, and we shared the burdens and joys of life together.

As I look back on my time in Yap, I feel incredibly humbled that God would let me be a part of the story of rebuilding and healing after such a huge loss. I have come to see that I was not only a part of that healing, but God used the people and experiences in Yap to bring much healing to my own life as well.

We all have choices to make in a broken world. We can sit back and watch in fear, or we can ask God how He can use us to be a part of His healing process. Only God knows the incredible blessings He has in store for us when we choose to obey His calling.

*These names have been changed.

Andrea Keele, originally from the United States, writes from the island of Yap, where she now serves as the Registrar of the Yap SDA School. She began her service in July of 2011 and will continue to serve through May of 2012. She also served there as a Second Grade Teacher from January of 2010 to June of 2010. She previously served as a Youth Worker in New Zealand from July of 2003 to June of 2004.