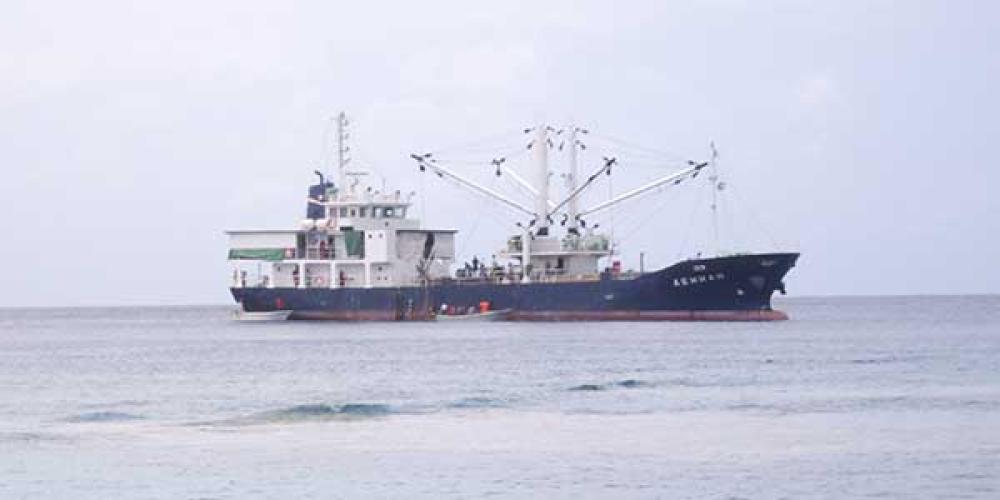 My Journey to the Island of Woja

It was February 13, 2008, and it was my first view of the Marshall Islands – a beautiful and breathtaking scene. That was the day I stepped on Marshallese soil. I said to myself, “Wow! This is it! At last, I’m in the mission field!”

Before I embarked on my journey, I had heard a lot about the adventures of volunteering, and I felt that it was an honor to be able to serve on Woja. Joy and excitement burned inside me as I checked the ship schedule to find a passage across from the Philippines. It didn’t take too long to secure everything for me and my fellow volunteers.

I met my first challenge the day I boarded the ship. We were in the middle of the Pacific Ocean for three days and two nights, under the heavy pressure of a strong wind and huge waves. It really was a tough journey for me. On the very first day, I got seasick. The boat was overcrowded – not really designed for the number of passengers that were on it. On the second day of our voyage, the place where our supplies were located was flooded – with oil! There was some stored oil that had overflowed and most of our things were soaked. The trip was challenging, but it was a good test of our faith and volunteer spirit, and despite everything that happened, the journey continued.

On the third day of our trip, we arrived. The people of the island welcomed us warmly and they were very happy to see us. I could see their smiles all along the way, as we headed to the SDA compound. There’s a SDA school on the island with three classrooms and one apartment for the volunteer teacher. However, the school had been closed for many years because a teacher couldn’t be found. When I reached the school, one of the locals approached me and said, “We’ve been waiting for you volunteers!” By God’s grace, we were able to open the school again with the help and commitment of one of the volunteer teachers. There was so much joy on the faces of the locals when they heard the good news.

We also had many Bible students on Woja. Some accepted Jesus Christ as their Savior and were baptized. I was able to be a part of it and see the transformation that took place in their lives. I watched them respond to our health message and quit smoking and drinking; I watched them change physically for the better. Many came to understand the gospel message and believe in God. The only challenge then was the fact that there was no church building. I learned that the local people counted this as an identity marker, which would give them a sense of ownership. Several wouldn’t commit to baptism because there was no established church. I was asked many times if we were going to build a church there. It is still a prayer and a dream of mine to have a church there someday. That way, those that are now observing the Sabbath can commit to baptism and become members of the SDA Church!

I was on the island of Woja for almost three years, and it is a privilege that I was able to share the love of Jesus with the local people. I got to share so many experiences with them. I was also able to share my limited knowledge of cooking, agriculture, and handicrafts. I am elated to think that, in small ways, God has used me to bring happiness to them. I learned a lot. I learned how to appreciate the simple things in life. The people of Woja are evidence that the best things in life can’t be bought with money. I can still see their smiles of gratitude for all the little, simple things. Now that I’m back in the Philippines, I feel that a part of me is still back on the island. I think I may have left the island, but the island didn’t leave me! I’m looking forward to serving as a volunteer again in the future. I will be forever thankful to the Lord for allowing me to be a part of His ministry on Woja.

Elmer Realda, originally from the Philippines, served as a Bible Worker on the island of Woja in the Guam Micronesian Mission. He served from February of 2008 through December of 2011. Elmer hopes that by sharing his experiences, he will inspire others to serve as well, and he is eager to continue serving God as a volunteer again in the near future.