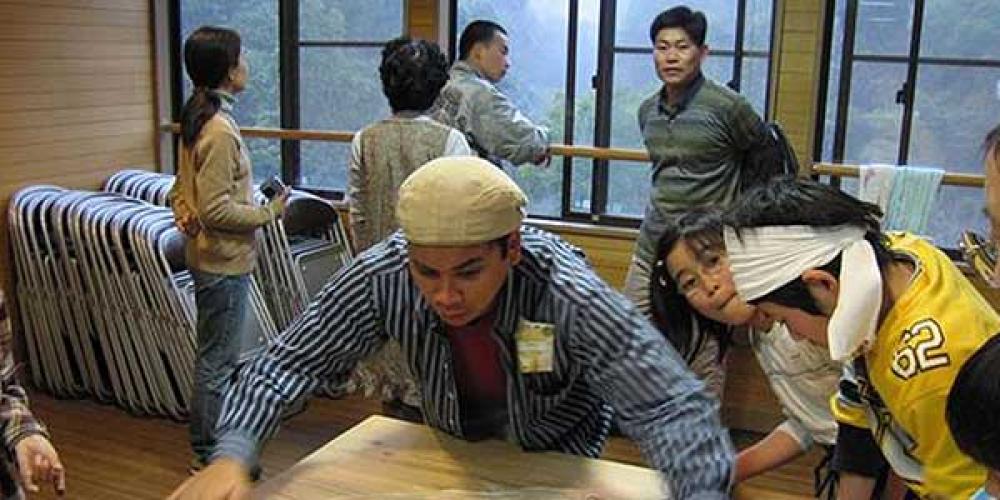 For the Love of God

In a culture where everybody tries to blend in and conform so that they are not too conspicuous, becoming a Christian is a gigantic step.

"Dad, let’s go tell the Eskimos about Jesus’ love,” the five-year-old boy said to his father one evening just as he was getting ready for bed. He heard in Sabbath School that his offering was going to help Eskimos learn about Jesus. He wanted to do more than just drop a couple of coins into a basket. He didn’t know it then, but he wanted to be a missionary. Every night the Eskimos were remembered in his prayers.

And then, one day after college, an Adventist Volunteer Service (AVS) opening in Russia became available. There were no more studies to do. No longer a little boy, I was still too young to get married. Why not go to Russia? It used to be a communist country and I could tell them how much God loved them.

Within a month after my last class I was on my way to the far eastern city of Khabarovsk to serve as a missionary for one year.

Ask any missionary to tell you about their experience and you will almost always be treated with the story of a person they met. Here’s one such story of a boy I met in Russia. Vasilievich was a boy during the Communist era. He belonged to an Adventist family. It was difficult for Vasilievich and his sister to go to church on Sabbaths. The law demanded that they attend school everyday and yet every week they told their teachers they were going to their Babushka’s (grandmother) house on Saturday and would be back for classes on Monday. On Saturday they would go to another Christian’s house to worship. It was illegal for children to attend religious services and so the children walked under the skirts of their Babushka to and from the meetings. If children were ever found at these meetings, the resulting consequences would leave the parents in a work camp and the children in a special government-run institution.

Many Saturdays they would see a stranger approach the house where they were meeting. Not knowing who the stranger was, or his political views, the believers had to be very careful. Children were hidden under the floorboards until the stranger finished visiting, which sometimes lasted several hours.

After sunset on Sabbath, Vasilievich and his sister would do their homework for Monday and study extra hard so that they could not be accused of slacking in school. Being anything less than the top in school would have aroused anger over their frequent trips to their Babushka’s house.

Three years after serving in Russia, including further studies and my wedding, I find myself in a place where many missionaries have been before—in the middle of another year of service. This time around I’m in a warmer climate in Japan. I hadn’t initially planned on another year with AVS, but one thing I’ve heard about missionaries—they always come back.

In this culture, where everybody tries to blend in and conform so that they are not too conspicuous (Buddhism is the popular religion), becoming a Christian is a big, nay a gigantic step. No longer do you take part in all the religious activities of the family. No more prayers to ancestors, no more temple visits. No more tending the family shrine that is located in every house. Parents become upset with their children for becoming a Christian because this means that their children will not look after them, after their ashes, when they die. They will be neglected. This draws anger and estrangement from close relations. And yet there are a number of people who have made that step.

There are a few people who have been attending Bible classes at our English Language School for the past 20 years, but they do not call themselves Christians. They possibly know more about the Bible than many Christian young people that I know. They’ve become good friends. And while they do not come to church, they regularly attend our Friday night and Sabbath evening worships at the English School. They keep saying church is not for them, and yet you’re drawn to believe that they still want a relationship with Christ. There are many more here that have yet to give their lives completely over to Christ, yet their desire to know Him more is strong and sincere. They may never call themselves Christians but, in their diligent study of the Bible over the past several years, their desire to develop a close relationship with Christ, and their love for Him already have them standing out from the crowd.

And then there are those that have joined the church, leaving behind everything they ever believed. One lady started English lessons with a missionary in 1986 and the next year she started Bible studies too. She has since joined the church and taken up a job at the local SDA Elementary school. We talked again and I found out that she’s still the only Christian in her family. However for her it’s no longer as big a problem as it was initially. She’s managed to show her family that being a Christian does not mean ignoring family.

Did you ever see a missionary that looks absolutely radiant talking about his mission trip? It’s not a glow of job satisfaction or of having done a task well but the joy of introducing a person to Jesus. That takes time. Most often you will not see the fruits of your efforts during your term, but you will see other missionaries’ fruits. But in hearing the stories of people who love God and who are not afraid to show it, you will find joy that cannot be equaled.

I went to Japan wanting to show them how much Jesus loves them—they showed me how much they love Him. And now my faith is stronger.

To view more pictures for this article and to read more articles from this issue of Mission Post Magazine, visit http://www.adventistvolunteers.org/MissionPost/v7n4/v8n2.pdf.